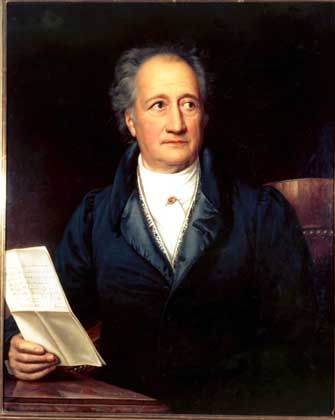 The works of Goethe will continue to be taught in Polish schools. The education minister had sought to dump the classics in favor of more 'patriotic' works.

Poland's Prime Minister Jaroslaw Kaczynski has reassured the nation that schools will continue to teach classic works of literature, both Polish and foreign.

He was stepping in to overrule his own education minister, Roman Giertych, who had announced last week that classics includig the works of Goethe, Dostoyevsky, Kafka and the Polish-born Josef Conrad were to be dumped in favor of nationalist or Catholic authors like Henryk Sienkiewicz and the late Pope John Paul II. The aim was to instil patriotism in Polish youngsters.

But Giertych's boss has now called him to heel. "Of course there will be no abolishing the classic Polish and foreign literature of the 19th and 20th centuries," Kaczynski said on Polish radio earlier this week. "The classics are staying." And he added: "If this was supposed to be a joke, it wasnt a good one."

Giertych is the leader of the ultra-conservative League of Polish Families (LPR), part of the Polish governing coalition. When he announced his new improved reading list for school kids last week, there was immediate outrage in Poland, not just among the cultural elite but also from teachers, parents and schoolchildren.

Several bookstores planned to fill their shop windows with the works to be banned from schools in protest. The Polish PEN club and several intellectuals accused the minister of a literary-cultural cull and complained that the move was reminiscent of communist-era censorship.

Culture Minister Kazimierz Ujazdowski of the Kazynski twins' national conservative Law and Justice Party (PiS) even criticized his cabinet colleague and said that plans to also remove icons of Polish modernism such as Witold Gombrowicz and Stanislaw Witkiewicz, should also be shelved. "Excluding authors who show the weak side of Poland doesnt do anything for real patriotism," he said.

Giertych seems to like courting controversy. He has called for a complete abortion ban in Poland and spoken of banning "homosexual culture" in schools. According to Germany's Die Tageszeitung newspaper, the minister reacted badly to his boss's intervention on the school reading list: "The coalition partners dont show the slightest loyalty."