On Wednesday, eight German Federal Constitutional Court judges will announce their ruling on whether the German contributions to the first Greek bailout in 2010 and to the euro rescue fund were lawful, following a legal challenge brought last year. But they already made up their minds some time ago. Ever since the public hearing on the case in July, it is seen as certain that they will demand that the German parliament be substantially involved in all further rescue operations.

It was "partly accidental, partly intentional" that the date of the ruling, on Sept. 7, comes just a few weeks before the parliamentary vote on the latest measures to stabilize the single currency, the president of the Constitutional Court, Andreas Vosskuhle, said with a smile during a book presentation in Berlin last week.

The ruling involves a legal challenge mounted by prominent Bavarian conservative politician Peter Gauweiler and a group of professors against Berlin's actions last year to help save the single currency. They accuse the German government of breaching both the German constitution and European law. They believe the aid paid for Greece and the contribution to the European Union's euro rescue fund was in breach of EU law, which stipulates that member states must not assume each other's debts.

It is already clear that there will be a compromise solution. Even the German government has conceded that it will have to give members of the Bundestag a say in euro bailouts -- against the objections of Finance Minister Wolfgang Schäuble.

The parties represented in the Bundestag, the lower house of the German parliament, have agreed on the following procedure: The German representative at the bailout fund, the European Financial Stability Facility (EFSF), will only be allowed to permit new credit if the Bundestag has approved it -- otherwise he will have to veto any new aid. Other important decisions to be taken by the EFSF, such as the purchase of governments bonds, will also have to be approved by parliament. In addition, the parliament's budget committee will monitor the operations of the fund.

Schäuble is opposed to this increased parliamentary control. He fears that the EFSF won't be able to react quickly enough if the Bundestag has to be consulted before important decisions. But Chancellor Angela Merkel, worried about a looming rebellion in her center-right coalition that may deprive her of a majority in the crucial Sept. 29 parliamentary vote on expanding the size and scope of the EFSF, wants to make concessions to the Bundestag members who are demanding a greater say in the working of the fund.

'The Crown Jewel of Parliament'

The need to involve parliament in EU financial matters was already enshrined in a 1993 Consitutional Court ruling on the Maastricht Treaty on European Union. That ruling means there "must be no automatism" in permitting sovereign bailouts, court judge Udo Di Fabio said in the hearing at the beginning of July.

There is an even more fundamental constitutional issue at stake, namely to what extent the German parliament is allowed to permit financial guarantees that currently amount to two-thirds of the German federal budget.

In a previous ruling on the Lisbon Treaty, the court said the parliament must be allowed "sufficient political scope for revenues and expenditure" in its budgetary decisions.

"Budgetary power is the crown jewel of parliament," said Di Fabio. "But if the sovereign begins pawning its crown jewels, its freedom could be curtailed." 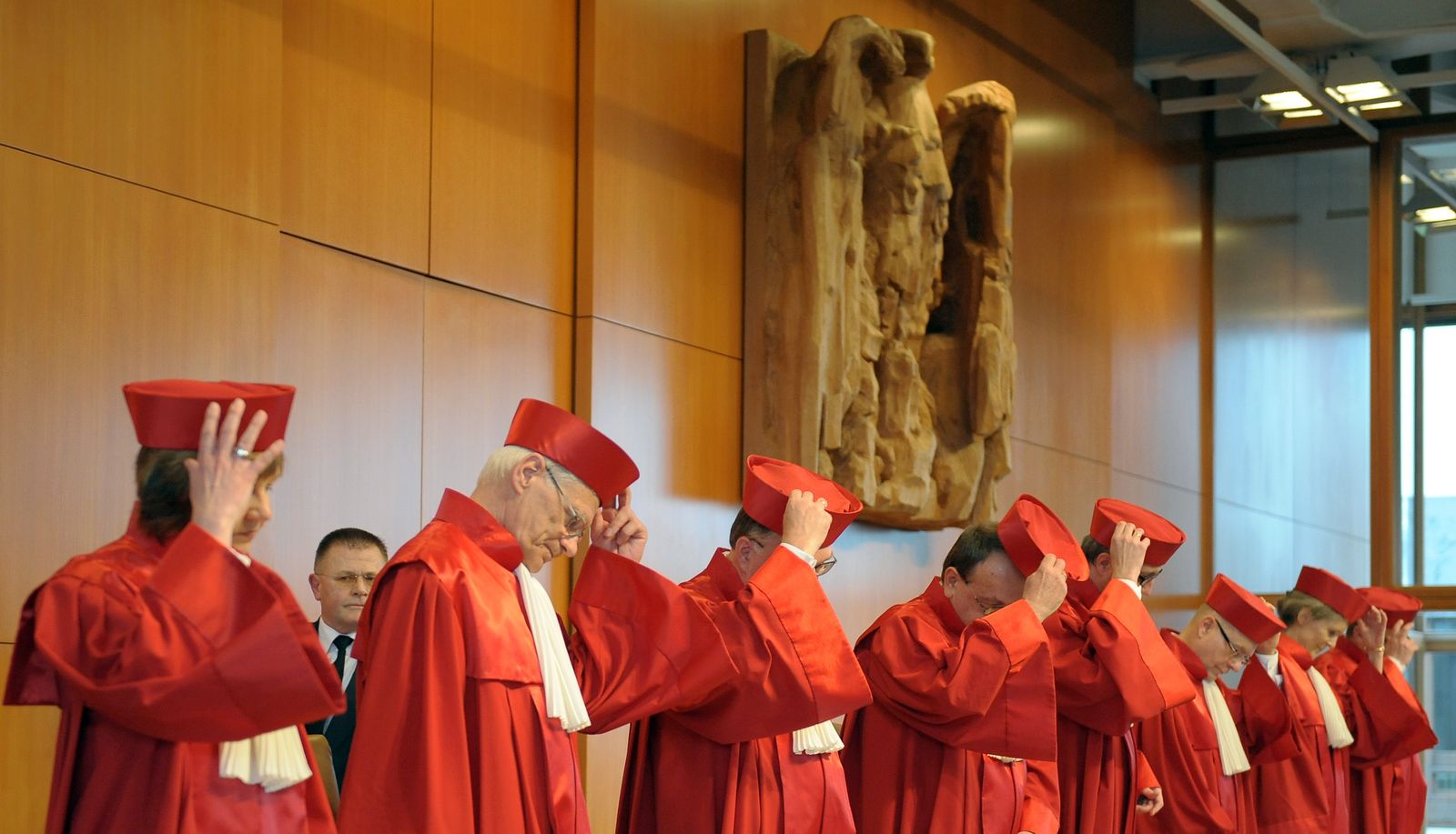 The German Constitutional Court is scheduled to announce its ruling on the 2010 Greek bailout and euro rescue fund on Wednesday.