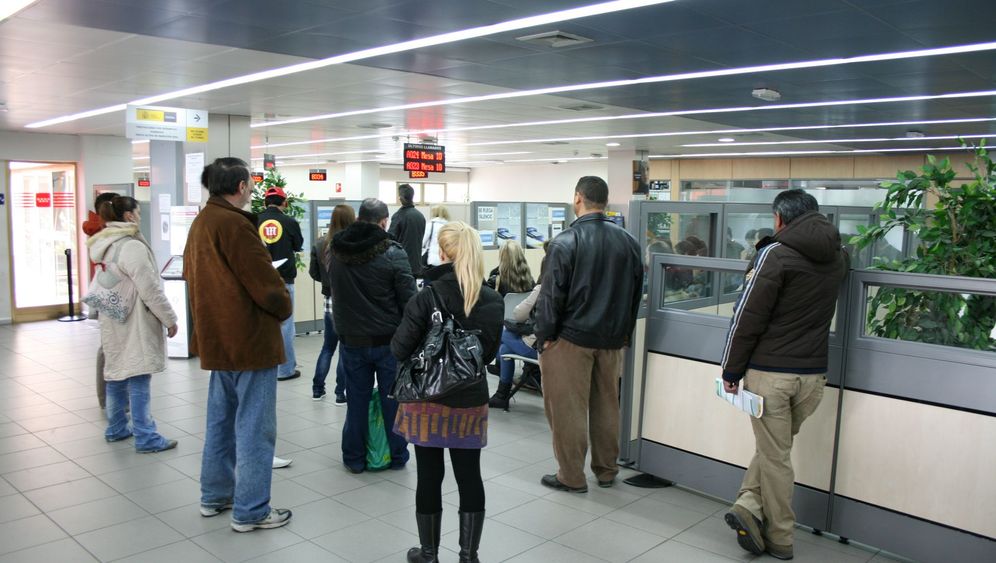 In the end, Sonsoles García had to postpone her wedding. She had planned a huge celebration for the summer of 2009, one made possible in part by a promotion she had received at work. But then she lost her job and before she knew it, García, 28, was the latest to join Spain's swelling ranks of the unemployed.

On a recent Friday, she waited for an hour and a half in line at an unemployment office in the Madrid quarter of Moratalaz -- only to discover that she was ineligible for further benefits. The air was stale and stuffy in the overcrowded room. The old, the young, Spanish citizens and immigrants -- all are waiting to speak with their case workers.

At roughly 20 percent, Spain's unemployment rate is second only to Latvia in the European Union. And the hardest hit has been the nation's youth. Among Spaniards under 25 years of age, fully 40 percent are jobless -- a rate twice what it was a mere two years ago. It is, say some, a generation that has been knocked off its feet by the economic crisis. Others say they are merely lazy.

One thing, however, is sure: It has become Spain's lost generation.

"You can achieve anything you set your mind to," a beautiful brunette promises from a poster hanging on the dingy walls inside the unemployment office. Just below the poster, two men are filling out an application for benefits.

At first, García thought she would be able to quickly find another job. She traveled to England and registered for a language course in Bournemouth, ultimately staying for seven months. But when she returned, the job market hadn't improved. "The worst thing is that I am constantly worried," García says, though she is one of the lucky ones. Her parents have been able to take over the payments on an apartment she bought just before she was laid off.

Borja Sánchez, 21, is also once again reliant on support from his mother. He quit school at the age of 17 and began working as an elevator mechanic, but always from contract to contract. In the beginning, it seemed there would be no end to the jobs coming his way, but before long, they dried up. Now, because of the freelance nature of his work, he isn't even eligible for welfare benefits and has moved back home.

Sánchez belongs to the group in Spain that seems to have suffered the most from the crisis: young, poorly educated men. As Spain's economy flourished in the middle of the last decade and the construction sector exploded, many young men made an "historic mistake," says sociology professor Luis Garrido. During the boom years, many assumed that the upswing would never end and opted to make quick money in construction. Some 30 percent of Spanish youth left school before earning a diploma.

"They had money in their pockets. But now, they can't afford a thing anymore," Garrido says. "The younger they are and the worse educated they are, the worse they have been hit by the crisis."

Spanish sociologist Enrique Gil Calvo says the results are not pretty. "We are talking about young men without university degrees, who live with their parents and are caught up in a feeling of uselessness. They feel like there is no reason to make an effort."

It is a problem that the government of Prime Minister Jose Luis Rodriguez Zapatero has recently promised to solve. In addition to pushing through a massive -- and unpopular -- austerity program in late May, Zapatero has vowed to introduce measures which will make it easier for companies to both hire and layoff staff.

"The government will approve the labor reform at a cabinet meeting on June 16, whether or not there's an agreement (with unions and employers)," Zapatero said last week.

In particular, Madrid hopes to address the great divide which currently splits the Spanish labor market. Regular employees, with unlimited contracts, benefit from strict laws limiting the ability of companies to layoff workers. Should they be forced out anyway, they often receive generous severance packages.

The Labor Ministry in Madrid has proposed raising salaries for those under 30 and improving training programs available to them. "Our youth have every reason to be critical," Maravillas Rojo, the secretary general of employment in the Labor Ministry, said last month. "We haven't communicated well about the changing labor market. We have to provide them with more opportunities."

Pressure on Zapatero to push through labor market reforms has been rising. Dominique Strauss-Kahn, head of the International Monetary Fund, demanded a "radical reform" of the Spanish labor market on Spanish television. He said that unemployment was too high and that too many people received only short-term contracts.

European Union leaders, too, have urged Zapatero to take action. Late last month, the Spanish prime minister pushed through a far-reaching austerity program in an effort to assure international investors that Spain would do its part to shore up confidence in the euro. Madrid is seeking to save €15 billion this year and the same amount again next year.

But the package passed parliament by just a single vote and opposition to the package -- particularly public sector pay cuts -- has been intense. On Tuesday, unions claim that some 75 percent of Spain's public sector workers joined a general strike protesting 5 percent pay cuts (though estimates late on Tuesday put the number drastically lower, at below 15 percent participation). Even the ratings agencies seem skeptical, with Fitch downgrading Spanish debt last week.

Compounding Zapatero's problems, his efforts at labor reform have borne little fruit so far. Talks between the government, Spanish labor unions and employers have achieved little. "Things aren't going particularly well and it is possible that the government will have to reform the labor market by decree," José Antonio Alonso, a parliamentary spokesperson for Zapatero's Socialist Party, said recently.

Zapatero's government is set to turn over a draft of labor market reform to unions on Wednesday for review. According to a report in El Mundo, the draft includes measures which would make it easier for Spanish companies to cut pay should they run into financial difficulties. Severance packages would also be drastically reduced.

'You Need to Have Money'

Deputy Prime Minister Maria Teresa Fernandez de la Vega emphasized, however, that reform would come no matter how the unions reacted to the proposals. "I reiterate that whatever happens, the government will approve the labor reform on June 16," she told reporters. "Until this happens, we should allow the talks to continue without any kind of pressure. We are still in favor of dialogue and consensus."

Still, unions are viewing Tuesday's strike as a test of strength ahead of possible further strikes against the government's planned labor market reform.

Spain's society appears to be crumbling in other ways as well. The unemployed youth are said to belong to "Generation Ni-Ni" -- an abbreviation for "ni estudian, ni trabajan" (neither do they study nor do they work). Many see them as lazy, preferring to leech off their parents for as long as possible. A television reality show even sought to dramatize the generation's indolence. A number of unemployed youth were filmed for weeks as psychologists urged them to "find projects that are fun and which help motivate them for the future," as the TV station described it.

Still, the "Generation Ni-Ni" distinction may not be entirely accurate. The youth institute Injuve argues that the primary problem is the lack of opportunities for those just entering the job market. Many have emigrated looking for jobs while others have continued their studies.

Sonsoles García, for example, has gone back to school to get her Masters in Business Administration. Other plans, such as getting married and having children, will just have to wait, she says. "In order to have a family," she says, resigned, "you need to have money." 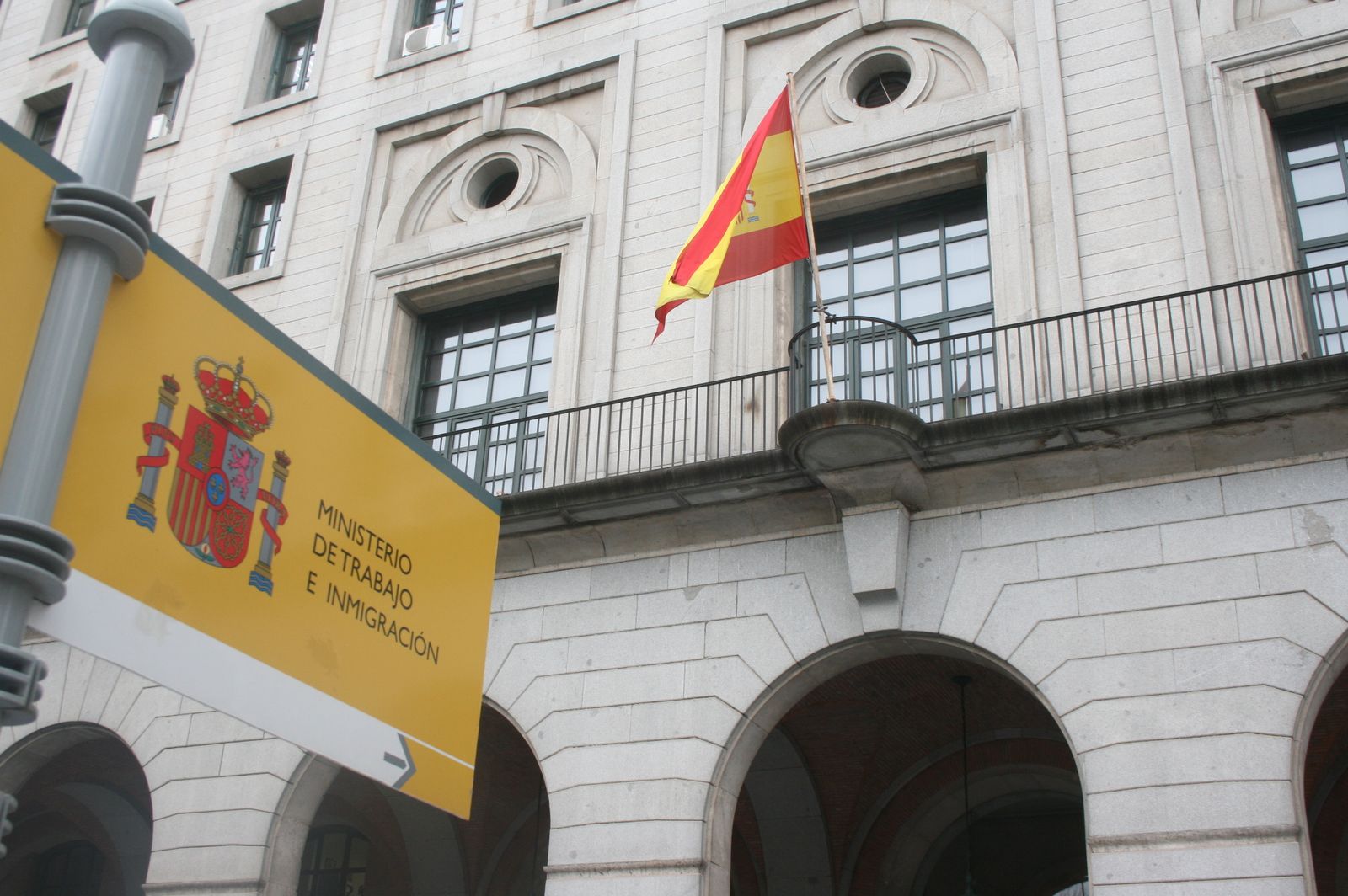 The Labor Ministry in Madrid has proposed raising salaries for those under 30 and to improve training programs available to them. "Our youth have every reason to be critical," Maravillas Rojo, the secretary general of employment in the Labor Ministry, said last month. "We haven't communicated well about the changing labor market. We have to provide them with more opportunities."