SPIEGEL ONLINE: Madame Minister, the German Federal Constitutional Court is considering a petition for an interim injunction, with which the plaintiffs are seeking to stop the law on the permanent euro rescue fund, the European Stability Mechanism (ESM) and the fiscal pact. Is it still possible to reconcile the German government's policies on the euro rescue with the constitution?

Von der Leyen: I am convinced of it. If you look at the foresight our founding fathers and mothers had with our constitution, then I would say that they were further ahead back then than some are in today's discussion. The preamble to the Basic Law states: "Inspired by the determination to promote world peace as an equal partner in a united Europe …" That is the mandate of our constitution and we have not yet fulfilled it. The constitution still provides us with leeway. We shouldn't begin to doubt it yet, rather we should first implement its mandate. That's a mammoth project: a united Europe!

SPIEGEL ONLINE: The president of the German Constitutional Court, Andreas Vosskuhle, has said in the past that he considers the framework of the constitution to be largely exhausted when it comes to further transfers of competencies to Brussels.

SPIEGEL ONLINE: But the word also implies that there isn't much leeway left.

Von der Leyen: The more I learn about it, the greater the respect I have for these men and woman who wrote our constitution. They thought so far ahead. The preamble has the same importance as the articles that follow it. And that should be our mandate.

SPIEGEL ONLINE: In other words, you aren't worried that the Federal Constitutional Court will put the brakes on government plans?

Von der Leyen: The historical experience of 60 years of the Federal Republic of Germany has been that constitutional organs do not block each other. We can't lose sight of the bigger picture in this deep crisis. We must confidently strive for a common path, but I do not see us causing the downfall of the European project.

SPIEGEL ONLINE: You are pushing for deeper European integration with the ultimate goal of establishing a United States of Europe. In a Europe where the nation states are transferring greater amounts of sovereignty to Brussels, shouldn't the European Commission president be directly elected by the people?

Von der Leyen: I am dispassionate today about questions on details of the technical implementation of European integration. We have to resolve them when we get to that point. What is important is this: If we want a strong Europe, then we also require strong European institutions. We need to strengthen the European Parliament and we must increase the democratic legitimization of the European Commission. But the member states also need to be represented if they transfer greater competencies to the European level. Something like a European chamber of the member states similar to Germany's Bundesrat (eds. note: the upper legislative chamber, which represents the interests of the country's 16 federal states) would be conceivable in which national parliaments would be represented.

SPIEGEL ONLINE: Would national parliaments still be needed in a United States of Europe?

SPIEGEL ONLINE: German President Joachim Gauck recently admonished Chancellor Angela Merkel to do a better job when it comes to explaining her policies in the euro rescue to the German people. Is it not time for a national referendum over these policies?

Von der Leyen: Let me ask you a question in return: What question would you pose in a referendum? That's namely the difficulty. "More Europe" is not a question -- because what does "more" mean? I have very high regard for Joachim Gauck, but I still have to say that, as politicians -- and this applies especially to Angela Merkel -- we have never before discussed Europe with the citizens to the degree we are now. And that is as it should be. It is true that we cannot neglect to explain why everything we are doing is necessary. At the end of the day, it is not a question of how big the rescue packages are going to be, but rather that of whether we want to preserve Europe as a shelter for our children and grandchildren in a globalized world.

SPIEGEL ONLINE: Nevertheless, it appears that a large part of the population is still afraid of more Europe. How do you intend to persuade these people?

Von der Leyen: I would say to them: Imagine if our European neighbors had been asked the question after World War II: "Do you want to build Europe?" Then they would have said: "Yes, but without Germany." Had the American government asked its exhausted people after the war "Do we want to create a Marshall Plan for Germany?," the rejection would have been overwhelming. Thank god there were women and men with enough foresight back then who saw, even after the terrible past, that our future can only be together. We will all be stronger through the community. We must evoke this fundamental idea time and again. It is based on the recognition that we can best master the greatest risks together and that this is also the best way to shape our future. 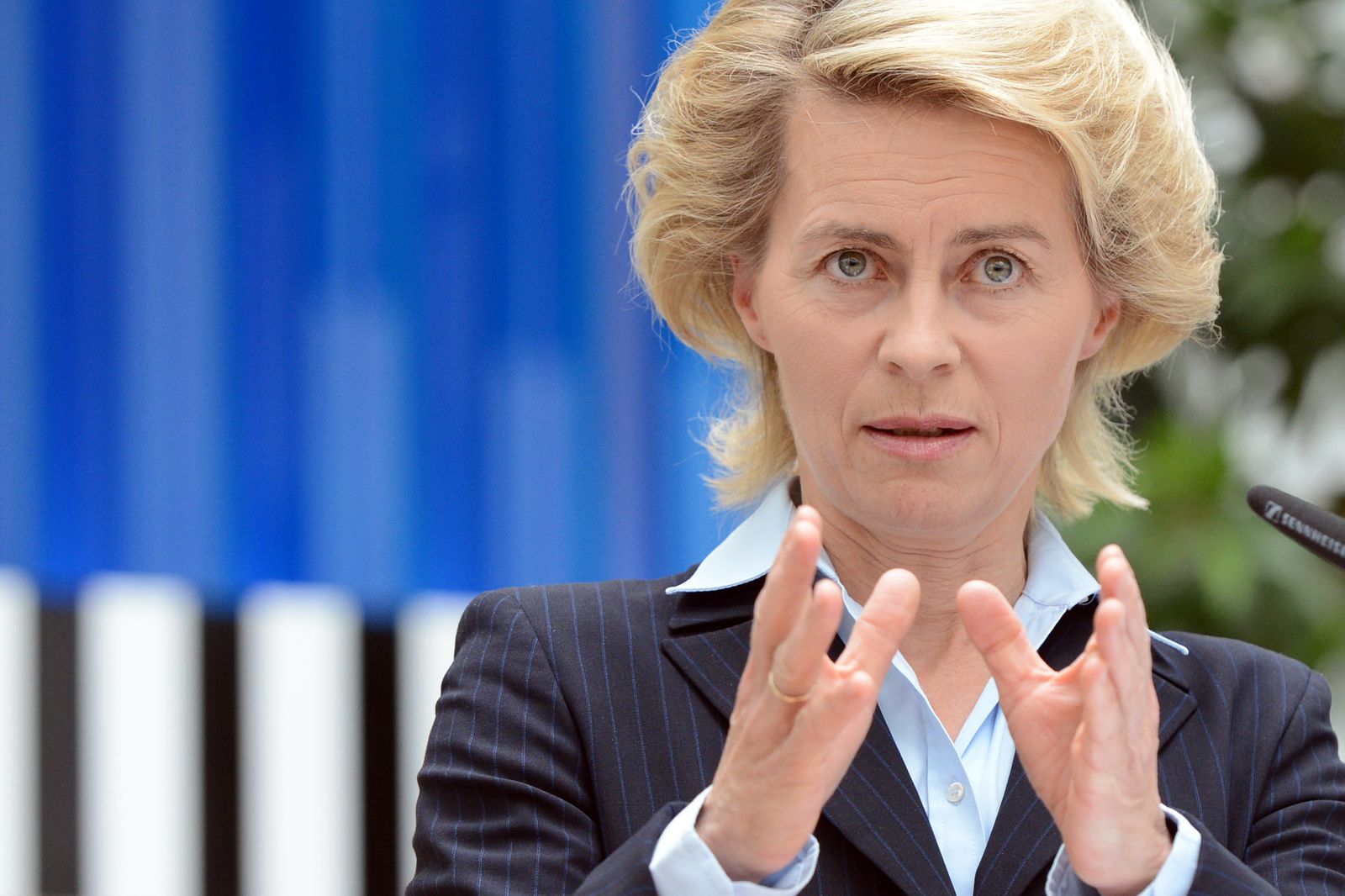 German Labor Minister Ursula von der Leyen: "It is a question of whether we want to preserve Europe as a shelter for our children and grandchildren in a globalized world.