The rigid austerity measures brought on by the euro crisis are having catastrophic effects on the health of people in stricken countries, health experts reported on Wednesday.

Not only have the fiscal austerity policies failed to improve the economic situation in these countries, but they have also put a serious strain on their health care systems, according to an analysis of European health by medical journal The Lancet. Major cuts to public spending and health services have brought on drastic deterioration in the overall health of residents, the journal reported, citing the outbreak of epidemics and a spike in suicides.

In addition to crippling public health care budgets, the deep austerity measures implemented since the economic crisis began in 2008 have increased unemployment and lowered incomes, causing depression and prompting sick people to wait longer before seeking help or medication, the study found.

The countries most affected by this have been Portugal, Spain and Greece, the latter of which saw outbreaks of both malaria and HIV after programs for mosquito spraying and needle exchanges for intravenous drug users were axed. There were also outbreaks of West Nile virus and dengue fever.

"Austerity measures haven't solved the economic problems and they have also created big health problems," Martin McKee, a professor of European Public Health at the London School of Hygiene and Tropical Medicine, who led the research, told news agency AP.

It will take years to understand the health consequences of the euro crisis and the policies it has prompted, but some effects are already clear, the study said. Not only has there been an increase of mental disorders in Greece and Spain, but the number of suicides for those younger than 65 has increased in the EU since 2007 -- "reversing a steady decrease." In Greece, the Ministry of Health reported a 40 percent jump in suicides between January and May 2011, compared to the same period the year before.

While budget cuts have restricted health care access with increased costs for patients in these three nations, Greece has also seen shortages in medication, hospital staff and supplies, according to the study, commissioned in part by the European Observatory on Health Systems and Policies, a partner of the World Health Organization.

The study authors also accuse European officials of failing to address these issues, writing that "public health experts have remained largely silent during this crisis."

The troika, made up of the European Commission, European Central Bank and International Monetary Fund, has been in charge of bailing out ailing European economies -- most recently in Cyprus -- and of policing the implementation of the austerity measures the study blames for deteriorating health in these countries.

But it doesn't have to be that way, the study suggests, citing Iceland as a success story. Though the country was one of the first to be hit by the financial crisis, it "rejected the economic orthodoxy that advocated austerity … and invested in its people who, evidence suggests, have had very few adverse health consequences." 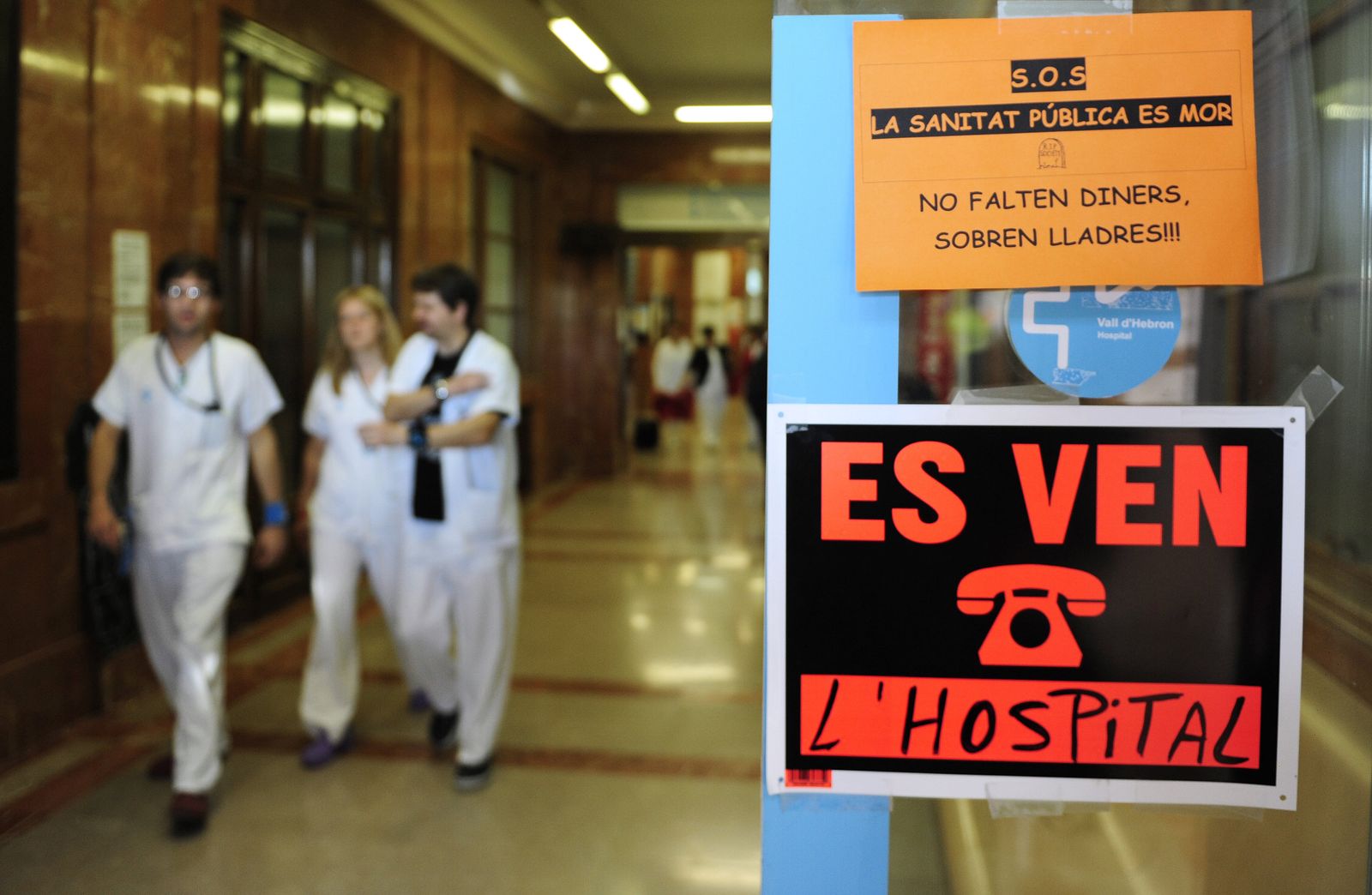 A sign at a clinic in Barcelona reads 'Hospital for sale.'