The final decision is planned for the next European Union summit on Monday. There leaders from 26 of the 27 member states plan to finalize the new fiscal pact, the agreement pushed hard by Chancellor Angela Merkel requiring signatories to adhere to strict fiscal policy guidelines.

They are, by all accounts, rules that are long overdue. After all, the original common currency agreement, the Maastricht treaty, was signed 20 years ago. Now, it is to be given teeth. Or is it?

Because Chancellor Angela Merkel pushed the reform through almost entirely on her own, the new accord reflects a number of German suggestions. Each country that signs must introduce legal limits on budget deficits -- a so-called debt brake. If they exceed the structural debt limit of 0.5 percent of gross domestic product (GDP), the debt brake mechanism will automatically go into effect, and they will face fines from the European Court of Justice.

But the high expectations awakened by Merkel are unlikely to be fulfilled. Several elements in the agreement are of questionable legality. It can't be written as an EU treaty because Great Britain won't sign it, which means it will only be an "inter-governmental agreement" between the 17 euro-zone countries and a handful of other countries participating voluntarily.

It's turning out to be a big handicap. On the one hand, the European Commission's hands are tied, because it can only act on behalf of all 27 EU members. Despite Merkel's wish, the Commission cannot legally take those that violate budgetary rules to the European Court of Justice. According to the fiscal pact proposal, national governments can only do this among themselves. But no country has ever taken legal action against another in EU history. Such a case would be seen as a gross violation of diplomatic etiquette.

Even if it comes to that, the authority of the European Court of Justice's (ECJ) remains in question. The treaty proposal states that the Luxembourg judges can impose fines of up to 0.1 percent of a country's GDP if they don't properly anchor the debt brake in their national law.

But these sanctions aren't actually provided for by EU law. In fact, they deviate from Article 126 of the Lisbon Treaty. And, according to Matthias Ruffert, a European law expert at the University of Jena, it is likely that all 27 EU members will have to ratify the fiscal pact for any ECJ sanctions to be binding.

Other lawyers argue that the sanctions would not be as binding as other ECJ verdicts. Because the fiscal pact terms involve only an intergovernmental agreement, they aren't EU law, which means they don't automatically come before national law, says European law expert Ronan McCrea, from University College London. Thus, in the case of an emergency, it would be easier for a national government to disregard such a verdict.

Another issue that EU leaders must resolve on Monday is who will be allowed to attend future EU summits. The fiscal pact proposal states that the President of the European Parliament can be invited. But this doesn't go far enough for representatives of the people, who think he or she should be automatically present, in addition to presidents of the European Commission, the European Council and the European Central Bank.

Only a Side Issue

Apart from that, the European Parliament is "not unhappy" with what has been accomplished, says Elmar Brok, an EU representative for Chancellor Angela Merkel's conservative Christian Democratic Union (CDU) who is also one of the parliament's three negotiators. He adds that the parliamentarians' right to have a voice in the new deficit proceedings has been stipulated as far as possible.

Still, for most observers of the EU summit, the fiscal pact is only interesting as a side issue. In fact, many see it as nothing more than one of Merkel's pet ideas, and Luxembourg Prime Minister Jean Asselborn even went so far as to tell SPIEGEL ONLINE in a recent interview that it was a "waste of time and energy." For many, the much more pressing issues are finding a solution to Greece's problems and bolstering the European Stability Mechanism (ESM), the permanent euro backstop fund set to replace the temporary European Financial Stability Facility on July 1.

The latter camp also includes British Prime Minister David Cameron. During an appearance at the World Economic Forum in Davos on Thursday, Cameron said that the most important thing was finding short-term measures for rescuing Greece and keeping the crisis from spilling over into other countries. "Tinkering here and there and hoping we'll drift to a solution simply won't cut it anymore," Cameron said. Then he added, "This is a time for boldness, not caution," in what was only a thinly veiled dig at Merkel, who has a reputation outside Germany for being hesitant to act.

In recent days, Merkel's government has reiterated that it sees no reason to discuss efforts to bolster the ESM fund "at the moment." It cites a decision that Europe's leaders made at an EU summit in December stipulating that there would be no scrutiny until March of whether the €500 billion in funding envisioned for the ESM is sufficient. But, in Brussels, many expect that one of these leaders will already bring up the issue for discussion on Monday. 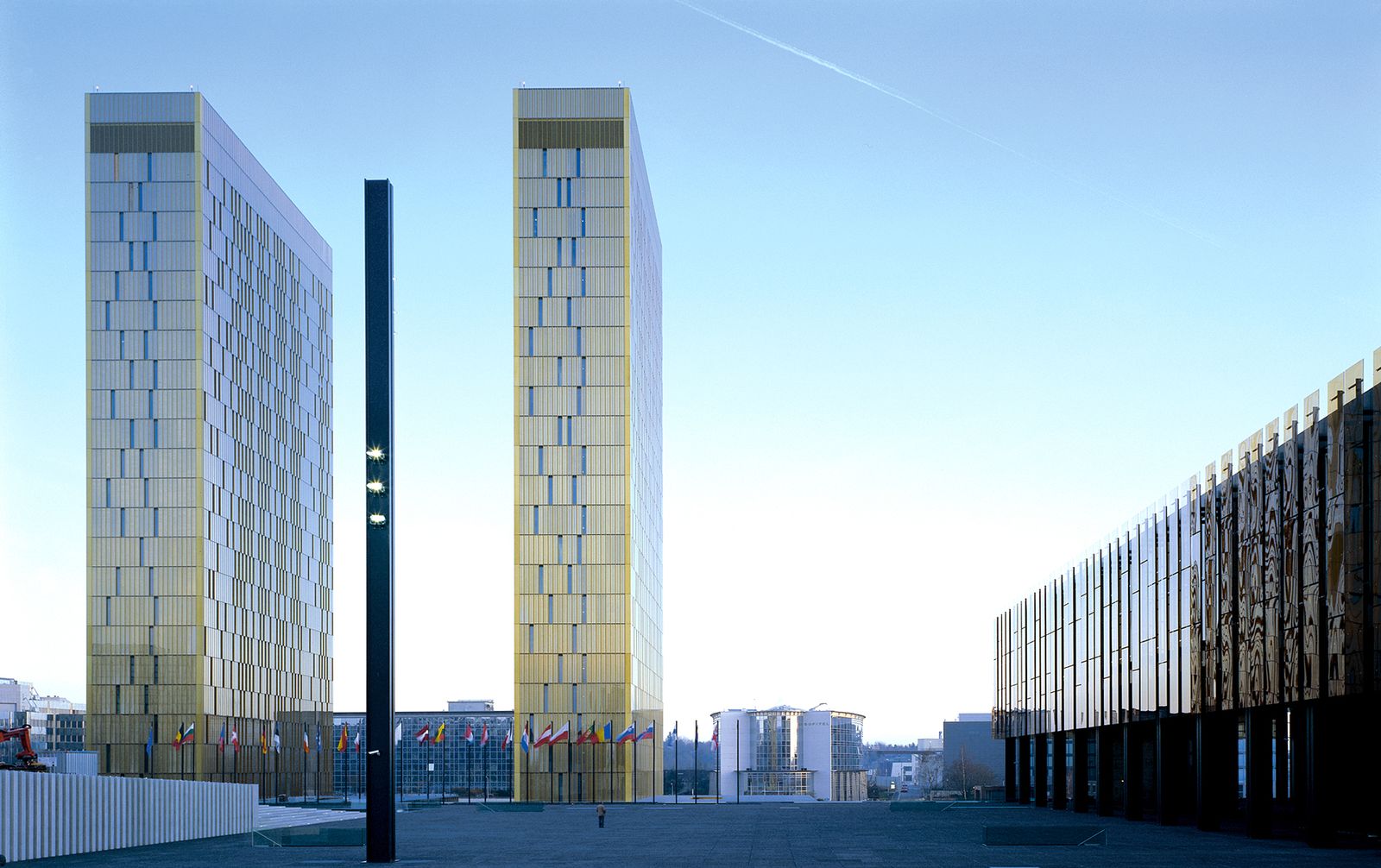 The European Court of Justice in Luxembourg has a controversial role in the fiscal pact.

Foto: Court of Justice of the European