In order to restore the country's debt sustainability, Greece's lenders are reportedly considering further relief in the form of a partial debt haircut for the crisis-wracked country, the Financial Times Deutschland reported on Friday.

Citing unnamed "euro-zone sources," the paper said the focus was on bilateral loans from the currency union's first bailout program for the country, the nearly €53-billion ($69 billion) Greek Loan Facility, which ran from May 2010 to the end of 2011. "There is a discussion," a high-level official told the paper.

Martin Blessing, chairman of Germany's second-largest bank, Commerzbank, has also said a second debt haircut is likely. "In the end we will see another debt haircut for Greece, in which all creditors will take part," he said on Thursday in Frankfurt.

This could be part of a new solution being arranged behind closed doors, according to the Financial Times Deutschland. Currently, new economization efforts are being discussed by Athens and the troika, comprised of representatives of the European Commission, the ECB and the International Monetary Fund and charged with monitoring reform programs agreed to by the country in exchange for its bailouts. The group is expected to present its next report on the country's financial situation in early October.

Athens is working to pass new austerity measures worth some €11.7 billion for 2012 and 2013, a prerequisite for the disbursement of a desperately needed €31 billion tranche of aid from its euro-zone partners. But government talks have been difficult, and the reality is that even if the government is successful, the country will still face a massive financial shortfall. If euro-zone nations and the IMF were to plug the gap with more loans, Greece's total debt would increase, and the country would no longer be able to reduce overall debt to 120 percent of gross domestic product (GDP) by 2020, the debt limit set by the IMF.

Now, the IMF is pushing for debt restructuring from public lenders, who currently hold over two-thirds of the country's total debt of some €330 billion, according to the newspaper. However, neither the IMF nor the ECB would take part in such a debt haircut, placing the burden on the euro-zone members, the paper added.

In March, private lenders to the country agreed to a bond swap that relieved Greece of some €100 billion in debt. But it has become clear since then that the measure was insufficient to help shrink the country's debt mountain to 120 percent of GDP by 2020. And though a second debt haircut would be tantamount to bankruptcy for Greece, it would also enable Athens to tackle the extreme debt that has so far hindered economic recovery. 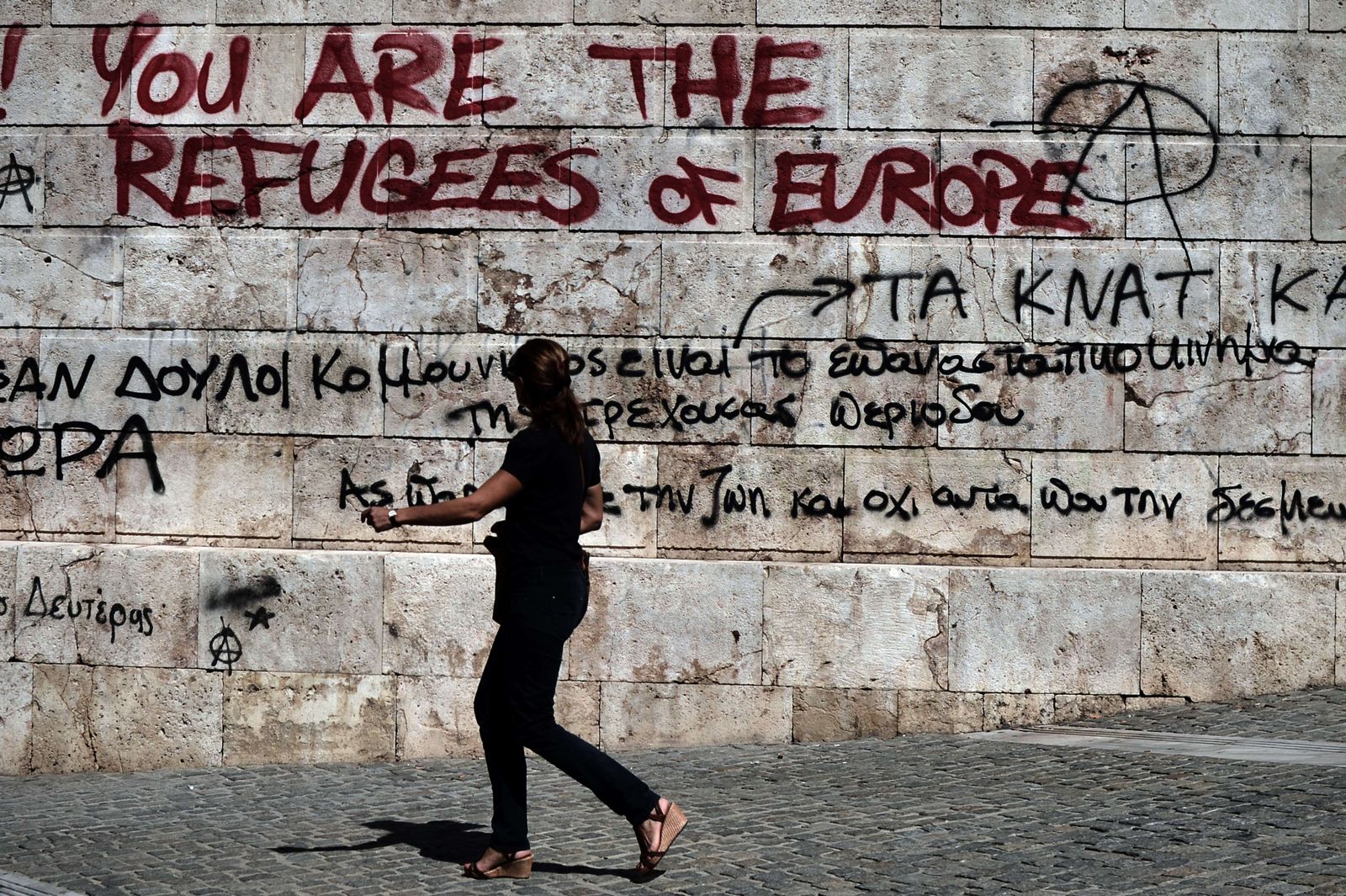 A woman walks past graffiti outside the Athens' Academy.