It is already an immense sum of money: Euro-zone countries have provided guarantees worth €780 billion to the currency backstop fund known as the European Financial Stability Facility. It has a lending capacity of €440 billion, with which it is to help out deeply indebted members of the currency union.

As large as it is, though, it already appears that the EFSF could in fact be too small. Ten percent of the fund is already guaranteed to Ireland and Portugal. A second bailout package for Greece, currently under negotiation, is also to be funded by the EFSF. In addition, the fund is to buy sovereign bonds from crisis-stricken countries in order to keep their borrowing costs low. But should the euro-crisis contagion spread to a large country like Italy or Spain, the EFSF wouldn't stand a chance.

But euro-zone countries are not prepared to pledge yet more money to the fund. Germany is already on the hook for €211 billion, and parliamentarians in Berlin made it clear in September that they would not back any further increases. Other euro-zone parliaments would likewise block requests for additional funding.

What, then, is a currency union to do? The magic word is "leveraging." Euro-zone leaders are looking for a finance tool which could make the impact of the EFSF as large as possible.

Politicians and finance experts are currently examining a solution which would turn the EFSF into a kind of first-loss insurance. Instead of buying sovereign bonds itself, the plan foresees the EFSF attracting private investors to buy debt from countries such as Greece, Ireland and Portugal. In return, the fund would insure a certain portion of the investment against losses in the event of a partial insolvency.

According to a Reuters report, each country that profits from its bonds being insured would then be required to pay a fee to the EFSF. If all goes well, and the countries are able to pay off their debts themselves, the EFSF could even turn a profit.

Currently, euro-zone leaders are discussing the possibility of insuring the first 20 percent to 30 percent of an investment against loss -- similar to first-loss insurance.

Consider the following example, assuming the 30 percent model. A country in crisis seeks to borrow money on the financial markets and issues bonds that guarantee investors a €100 payout once they mature. Instead of buying the bonds itself, the EFSF would make the bonds attractive to private investors by providing insurance against a portion of the losses.

Such losses occur when a country can no longer pay back its debts. While a country is referred to as insolvent in such a situation, investors rarely lose 100 percent of their investments. Instead, a debt haircut is performed -- a portion of the state's debt is forgiven. In the current case of Greece, for example, a debt haircut of 50 percent is under discussion.

Were the EFSF to have offered 30 percent first-loss insurance on Greek bond investments, that would mean that, on a bond with an original value of €100, as in the example above, the EFSF would cover €30 euro of the 50 percent loss. Investors would only suffer a loss of €20 per bond instead of €50.

The insurance model would save vast quantities of money for the EFSF. Instead of buying bonds itself, it would merely guarantee them at a cost of €30 per bond -- but it would insure €100 of financing per bond for the indebted country.

According to Reuters, there is also a second insurance model under consideration which foresees a greater investor participation in possible losses. That model would, for example, require investors to swallow the first 10 percent of any losses, the next 15 percent would be covered by the EFSF with the investor being responsible for the rest. Such a model, however, would likely be less successful in attracting investors to buy risky sovereign bonds.

The insurance model had several advantages, first among them being that it would prevent the EFSF from having to buy bonds itself. Furthermore, the insurance model could re-enliven the bond markets, thus resulting in a drop in the interest rates some countries are now having to pay on their bonds. Such a model could be particularly effective when it comes to bonds from countries like Spain or Italy, given that most experts agree that they are not in any immediate danger of insolvency.

Still, even if a leveraging plan were put into place, indebted countries would still be forced to get their finances in order and regain the trust of investors. The insurance model would merely allow them more time to do so.

Despite the attractiveness of such a model, there are risks. Some experts are concerned that the EFSF could guarantee too many bonds or that the risk of insolvencies is being underestimated. They are worried that Germany could, in the end, be forced to foot a much larger bill than expected.

That, though, is a concern the Finance Ministry has attempted to dispel in recent days. The maximum that Germany could be held liable for, said Finance Minster Wolfgang Schäuble's spokesman said, will not rise beyond €211 billion. "That is it. No more. Period." 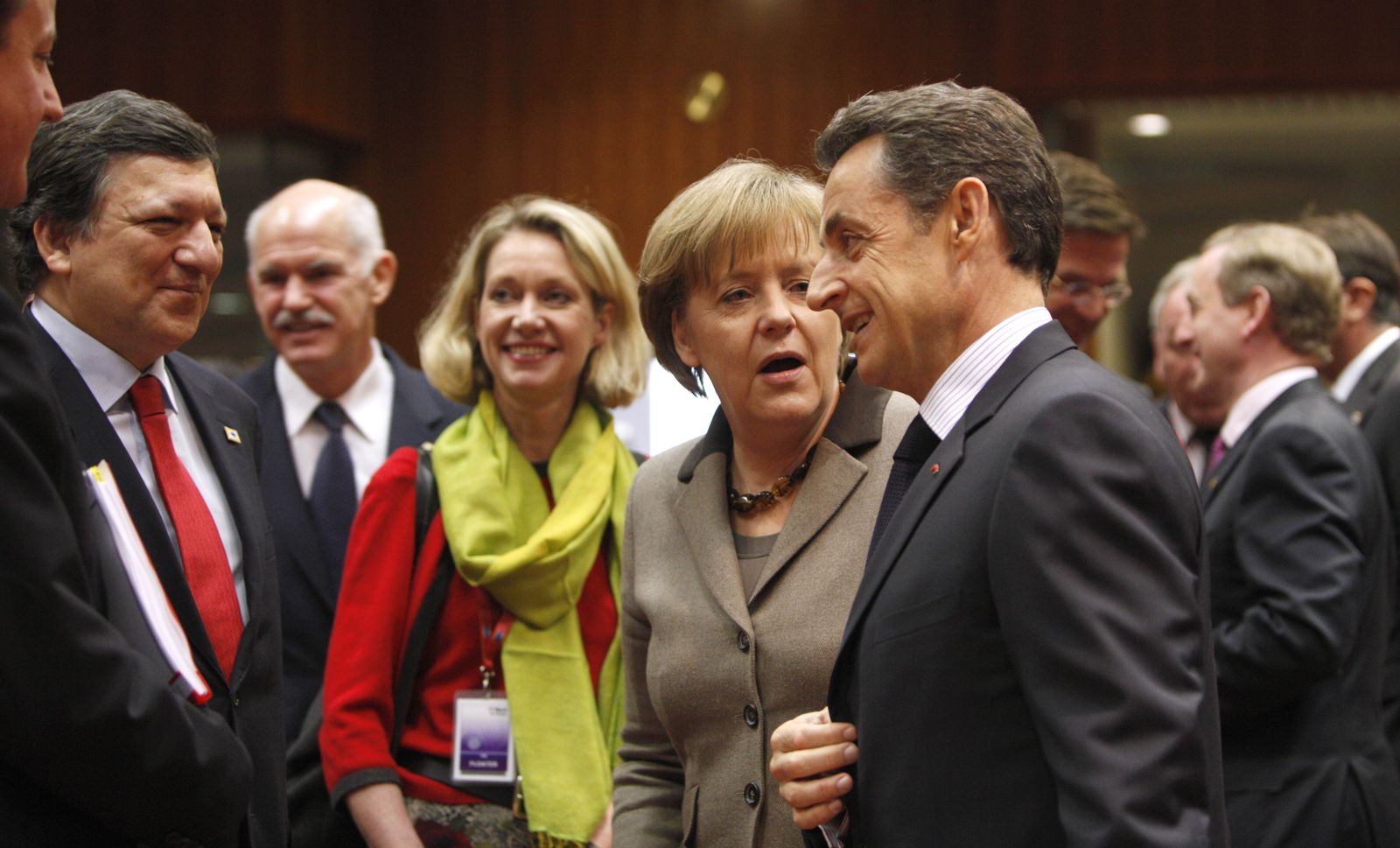 The sums of money involved with the EFSF are jaw-droppingly great.