They will be worse off after their country leaves the European Union: That's about all these British expats know about the day Brexit finally comes to pass. "We're anxious. Many of us are afraid of what's coming," says Jane Golding. "Brexit is threatening the lives we have built with our families in other EU countries." The 54-year-old Berlin resident is the co-chair of British in Europe, the largest coalition group of British citizens living and working in Europe.

At least 1.2 million British citizens live in the remaining 27 EU member states. Even if their country were to withdraw from the bloc under the agreement negotiated by former British Prime Minister Theresa May, they would face serious disadvantages in their professional and private lives. Indeed, the low exchange rate for the British pound has already made life abroad more expensive for all Britons. And everything could get a lot worse if Prime Minister Boris Johnson were to push through a no-deal, unregulated Brexit.

"We've been living in uncertainty for three years," says Golding. But ever since Johnson and the Brexiteers have been in power, that uncertainty has given way to profound nervousness. "A lot of people in Great Britain are under the prejudiced opinion that we're all pensioners who are living a cushy life here," Golding says. "In fact, nearly 80 percent of us are of a working age or younger. Many have to make fundamental choices for their lives. But they can't, since no one knows what will happen."

"When Brexit comes, my husband Duncan and I might lose half of our income. We have a catering company in the French Alps. In winter, we always have something to do, supplying groups of people who go skiing in the Trois Vallées. Our customers come from all over Europe: British, French, Turks, Belgians or even Germans. But in summer, there is not much going on here, which is why we always move to other countries -- for example to Greece or Italy -- to cook for tourists.

This will not be so easy in the future anymore. If there is a Brexit deal with the agreement Theresa May negotiated with the EU, we would lose our freedom of movement. We would still be able to work in France, but in other EU countries we wouldn't easily be able to work. We'd need a work visa, which is probably not so easy to come by.

And what if there is a hard Brexit? Then we'd have no protection at all. We just have to hope that the French authorities treat us well. After all, we have just received our residence permit and have also started the process of applying for French citizenship. But that takes time, probably at least another two years, and you have to show a decent income. If we lose half of our income now, we will not be able to meet the requirements.

We voted in the referendum for 'remain'. At the time, I was shocked by the result. Then I looked at what lies some politicians have spread about Brexit and I understood why many voters fell for them then. But I do not understand why so many Britons still want a hard Brexit now. We have our house and our company here in France. We have built up our life. We do not want to go back to the UK. Especially not right now."

Louise Saberton, 50, works as a purchasing agent in Pembroke, Malta.

"We got married in 2008 and spent our honeymoon on Malta's neighboring island of Gozo. After that, every year we spent our holiday here. When a Maltese hospital offered my husband a job as a manager, we moved here at the end of 2014, selling our house in the UK to buy a house in Malta. But then came the Brexit referendum. The pound crashed and overnight, the money in our account was worth much less. Suddenly, we couldn't afford a house anymore and since then, rent has been eroding our savings.

My husband has lost his job and can't find a new one. We have heard from recruitment agencies that companies are reticent about employing British people, fearing that after Brexit, our status will be unclear. I import Tesco products from the UK for a large Maltese supermarket: three truckloads every month. The supermarket commissioned me because I myself was a Tesco employee for years and I still have good relationships with Tesco. But if duties are introduced in the future or if the trucks arrive here too late because of customs controls, then the business will be endangered. And maybe my job will be endangered, too.

I have never been an angry or aggressive person, but the behavior of our government makes me angry. Instead of lying constantly, politicians should seek solutions to the problems. But they are not willing to do so. Their referendum slogan was, 'Taking Back Control'. But now, everything is out of control."

Emily Dobson, 20, is a student and lives in Linazay, France, and Rotterdam, Netherlands.

Our family moved to France when I was three years old and I grew up bilingually. Just before the referendum, I decided to study international business administration at the University of Rotterdam. It has always been my dream to work for a multinational company in different countries. Now I've got my bachelor's, but I don't know how to go on. After Brexit, our freedom of movement within the EU will be restricted. I've now got a residence permit from the French state for 10 years, but I'll lose it if I live outside France for more than two years. In addition, I don't think I'll be able to work easily in other EU countries. I'll probably need a special visa for that.

Because of these problems, it could also be a disadvantage for me that I am a Briton when I am looking for a job or for an internship. Therefore, I will now write down in all my applications that I have a 10-year residence permit in France.

If I had French citizenship, I wouldn't have these problems anymore. But at the moment, I don't have a chance at getting the French passport because you need to have a good income for that.

I would like to continue my studies and do a master's, but I don't know if I can afford it. At many universities in Europe, the tuition depends on whether you are considered an EU citizen or not. In Rotterdam, for example, EU citizens have to pay about 2,000 euros ($2,200), but non-EU citizens pay about nine times as much. I don't know if there will be special regulations for us after Brexit. We don't know anything. The British authorities don't inform us at all."

"My wife and I moved to France in 2002. We both had life-threatening illnesses behind us and we were no longer able to live in South London.

Here in the countryside, we're doing much better. Before we bought the house, I informed myself extensively about the healthcare system. Thanks to an EU regulation that coordinates the social systems of the member states, we can use the French healthcare system as the locals do, with two-thirds of the costs borne by the British government -- you know, we paid our social security contributions at home for many years. One-third is covered by our private health insurance.

I need eight pills a day, including a blood thinner for thrombosis. The medicines cost a lot of money. In a Brexit with the agreement negotiated by Theresa May, the cost-sharing would be maintained for a while, but if there is a no-deal Brexit, as things currently stand, cost-sharing would continue for only six months. That scares me. I could barely afford my medication alone. My pension is paid out in pounds, and the pound is worth almost 30 percent less in euros than in 2015.

After a hard Brexit, our government would have to negotiate a bilateral agreement with France -- and with the 26 other EU states, too. That could take a long time. I'm angry with the government, but if there are new elections in the UK soon, I won't be able to vote. Britons who live abroad for more than 15 years lose their voting rights, and here in France, I won't be allowed to vote either after Brexit, not even in local elections. People like us are not allowed to participate anymore. We lose one of our basic rights. That is not democratic."

Robert Harrison, 57, works as a patent and trademark attorney in Zorneding, near Munich, Germany.

That wouldn't be the only problem. I don't just work for German clients, but also in Austria, France and other countries. That would be difficult in the future -- even with a Brexit under the May agreement. In that case, British people living in Germany can work here in Germany, but they cannot work as easily in the other EU countries. And it is unclear whether our qualifications acquired in the United Kingdom are widely recognized.

That's why I applied for naturalization here. I submitted documents, I passed the naturalization test -- and I finally got German citizenship. Almost all of my compatriots here whom I know are trying to do the same. The German immigration authorities are mostly benevolent toward the British and it is said that the city of Munich even hired extra staff for us. I can now continue to work as a European trademark attorney and I can travel around the EU freely with a German passport. My problems are solved, Brexit cannot hurt me anymore. But it will probably be much harder for Britons living in other countries to get citizenship. 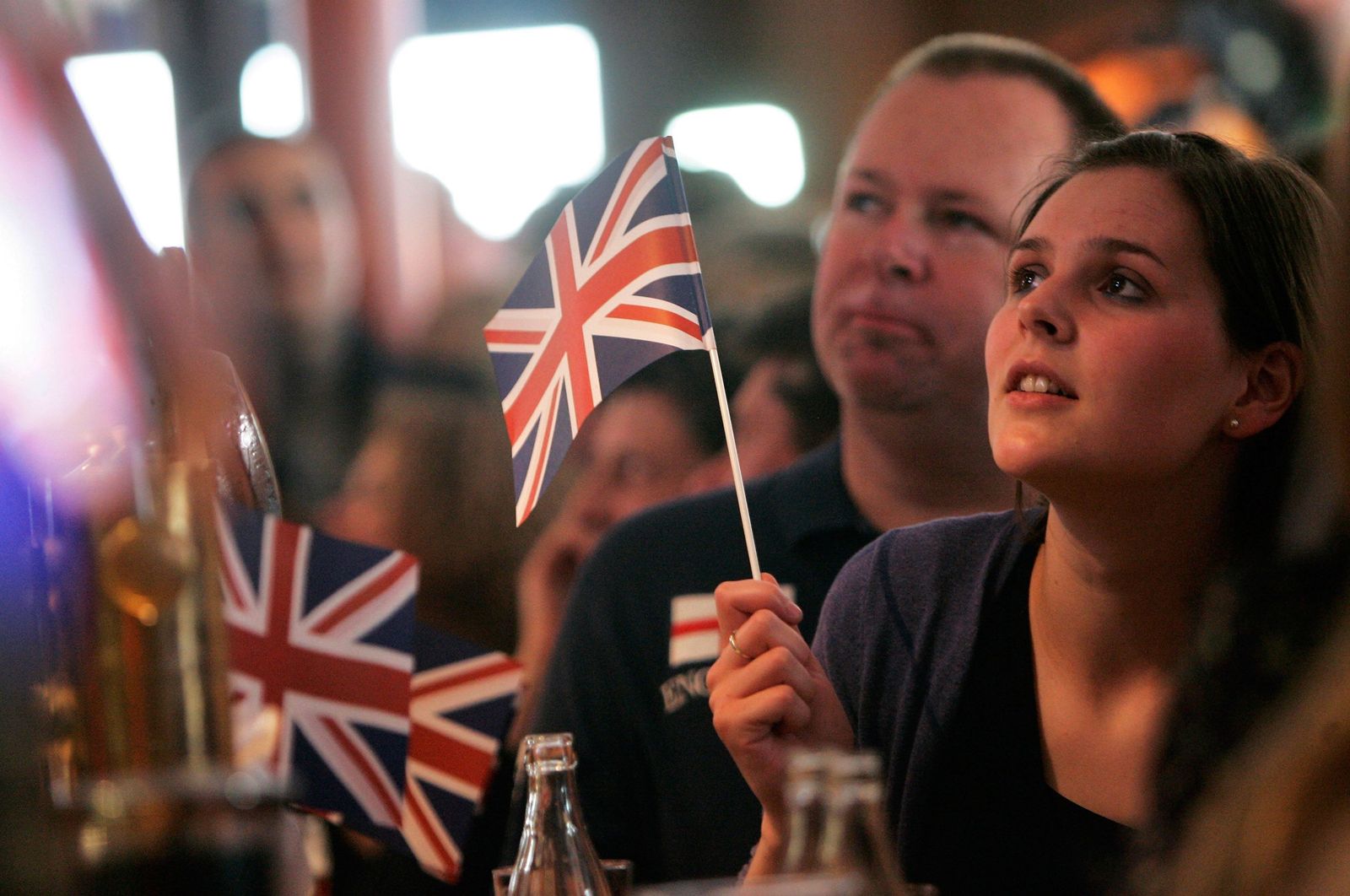 People at a pub in Paris waving the Union Jack 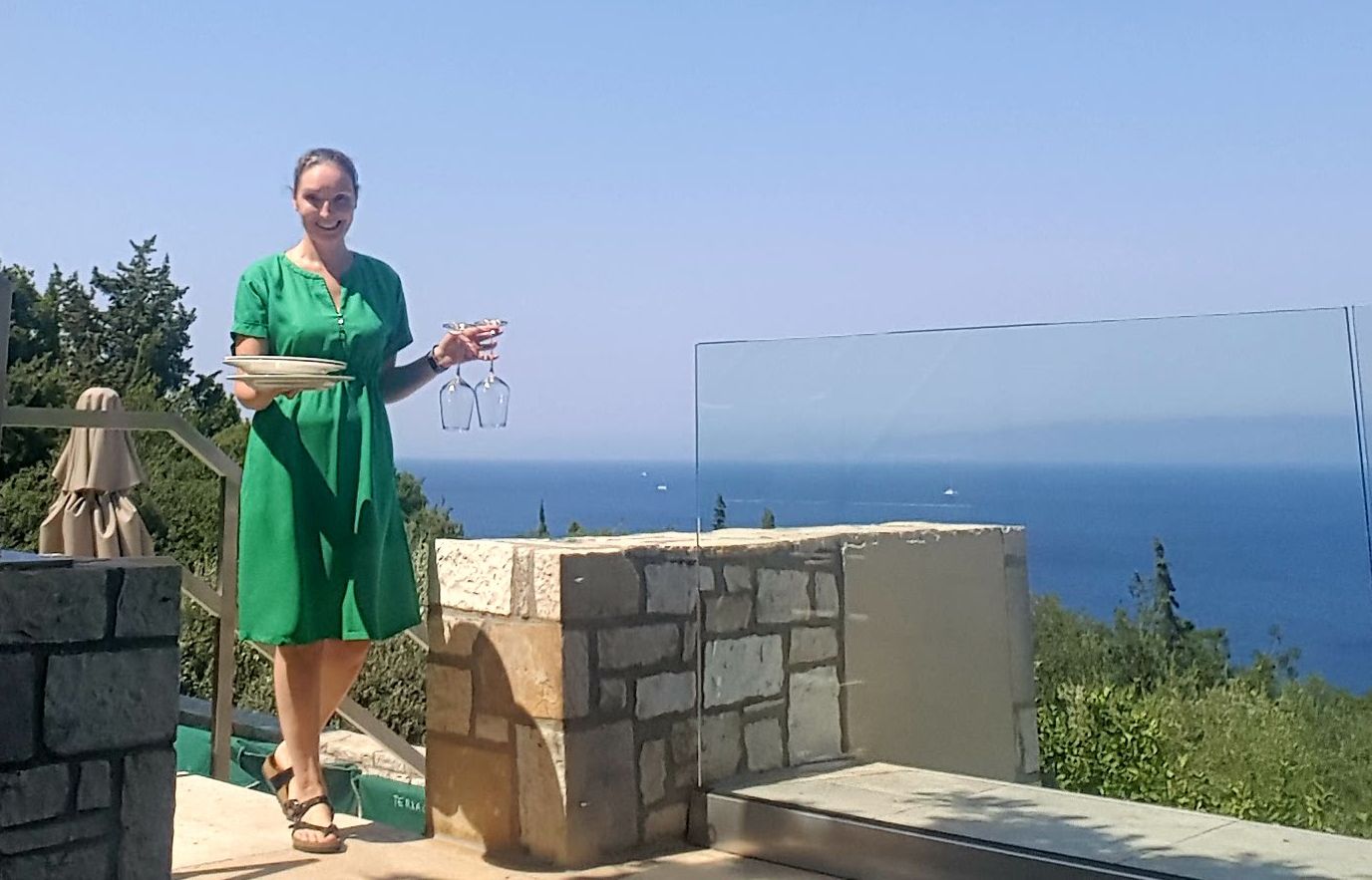 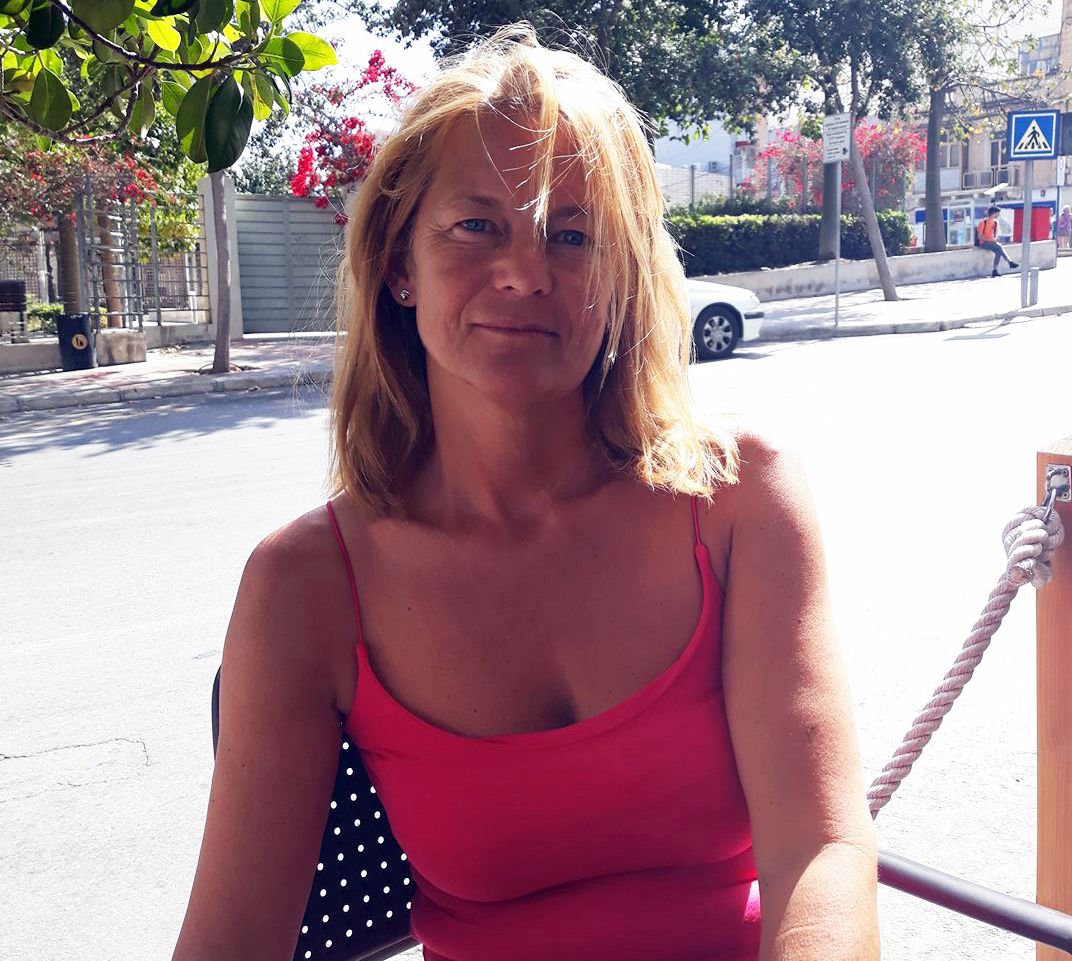 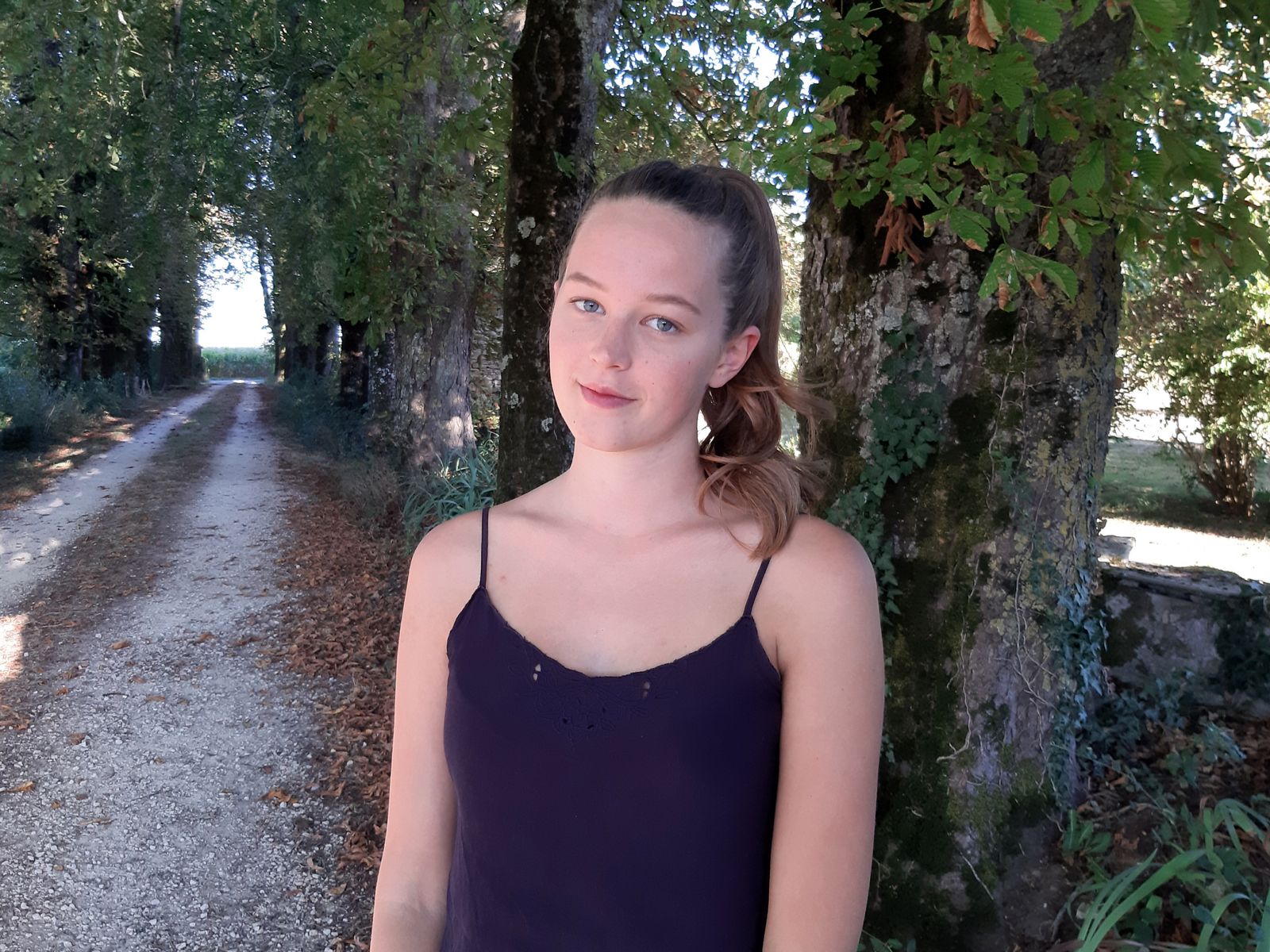 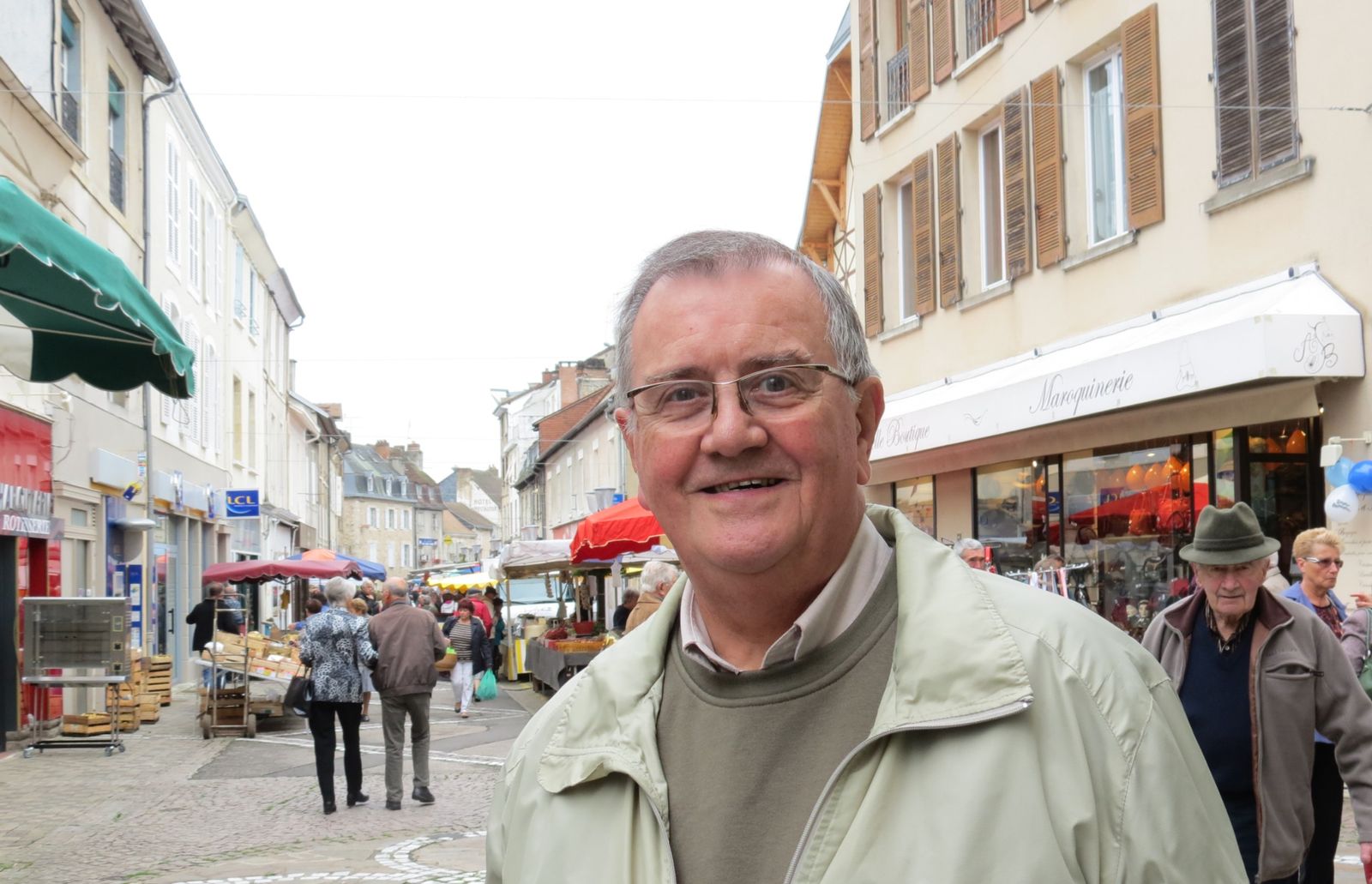 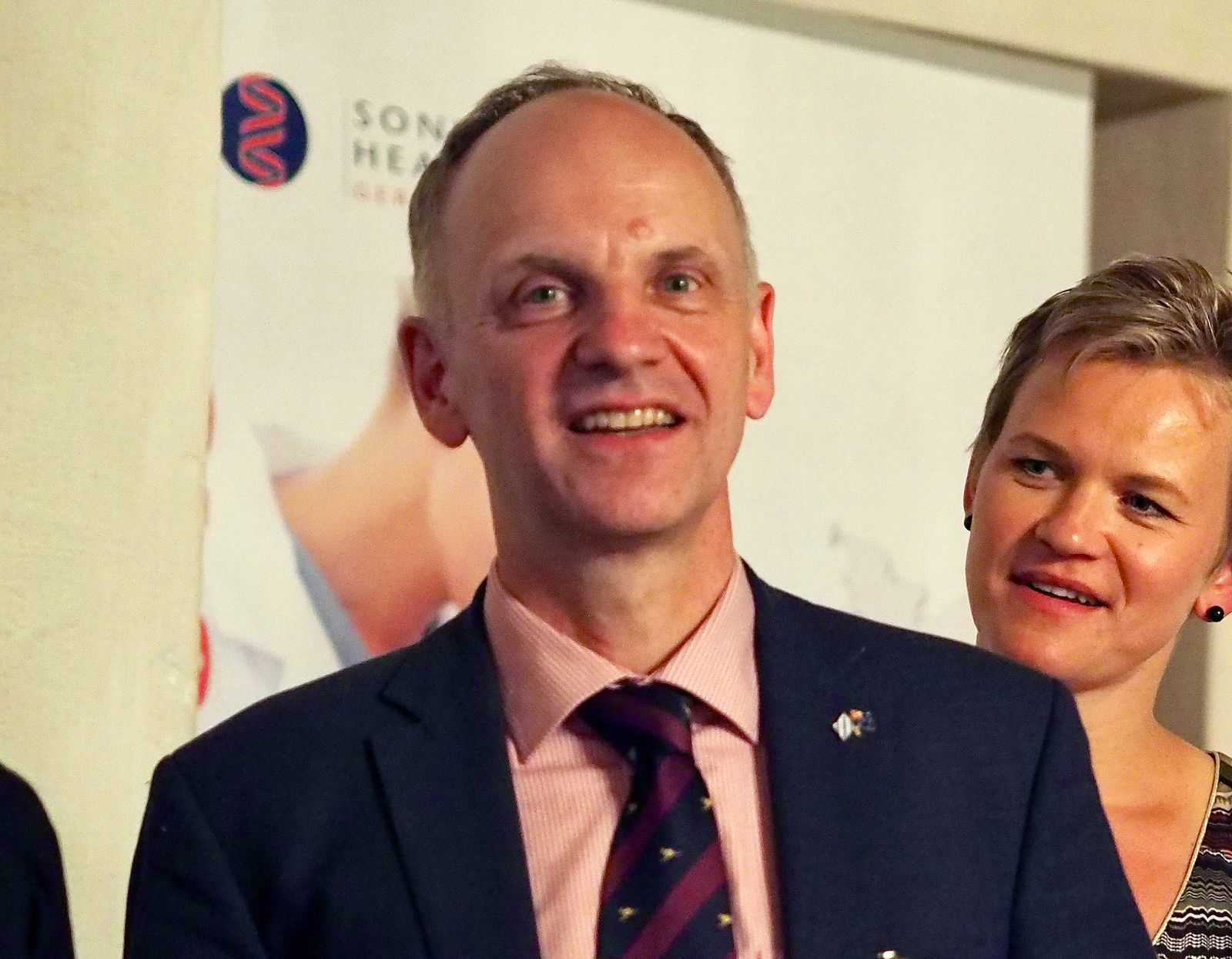