Luc Frieden, a gaunt man with the thinning hair isn't quite sure whether to laugh or cry. He is in the community center of the Luxembourgian town of Hesperange, surrounded by members of his Christian Social People's Party (CSV) -- who are applauding their freshly chosen lead candidate, Jean-Claude Juncker. Frieden, Luxembourg's 49-year-old finance minister, has been a cabinet member for 15 years. He has also been named as Juncker's likely successor for what feels like an eternity. And now, as of last week, Frieden knows that his golden-boy status isn't likely to change any time soon.

The relationship between Juncker and Frieden is reminiscent of how former German Chancellor Helmut Kohl treated his own crown prince, Wolfgang Schäuble, in the 1990s. First the chancellor declared Schäuble his preferred successor, but then he decided to run for reelection one last time -- and lost, sending Schäuble into the opposition. The difference between Kohl and Juncker is that the outcome of the Juncker experiment isn't clear yet.

Juncker finds it flattering to be placed on par with the former German chancellor. Kohl always viewed the Luxembourger as his political foster son, and Juncker doesn't tire of pointing out how respectfully the old man, unlike current Chancellor Angela Merkel, behaved toward smaller European Union countries.

But Luxembourg's patriarch reacts testily to the suggestion that Kohl, in his 16 years in office, failed to find the right moment to step down. "I've managed to stay in office for 18 years," Juncker shot back in a SPIEGEL interview four months ago, noting that he is well aware of the right moment to retire.

But is he? The question has become more pressing than ever since last week. July 11, 2013 may ultimately be seen as the endpoint of one of Europe's most impressive political careers. Yet it might also mark the beginning of an unexpected comeback.

Juncker, Europe's longest-serving head of government, would seem to be aware of the fork his path has political road has arrived at. In recent weeks, he virtually vanished from the public eye for days and could only be reached by his closest confidants. The few people he did see described him as a politician fluctuating between bouts of deep melancholy and moments of energetic defiance.

The reason is clear. It had been obvious for some time that an investigative committee would pin the blame for a secret service scandal on Juncker. His coalition partner, the Socialist Workers' Party, had distanced itself from the premier, and his parliamentary majority was no longer stable.

Juncker said last Friday that in recent days, he has often found himself thinking of former German Interior Minister Rudolf Seiters. Seiters resigned in 1993 after German officer and a wanted terrorist from the leftist Red Army Faction were killed in a police operation. Resignation in his own case, says Juncker, would have been like an admission of guilt. "But I am blameless," he insists.

And what about political responsibility? "If I assume responsibility for something that government bureaucrats have done behind my back, then every civil servant would have the power to topple a politician," says Juncker.

His tight hold on power has come to feel almost defiant. With no children, no grandchildren and no significant hobbies, politics is his raison d'être, a common affliction among top politicians. Although Juncker recently claimed that, "in the highest government office," one has to be "prepared to bail out at any time," it is in the nature of addiction that the addict denies its existence.

In the end, he chose to go on the offensive. He appeared in parliament and proposed holding snap new elections. In doing so, he escaped the humiliation of a no-confidence vote and didn't even have to officially resign. Not even Helmut Kohl could have come up with a better trick.

He is more sophisticated than the former German chancellor, but there are also many similarities, including his jovial leadership style. Juncker is notorious in Brussels for his gruff yet heartfelt quirks. He once pretended to choke the Spanish economy minister, and, just for fun, he recently greeted the Austrian chancellor by hitting him on the head with a stack of documents in front of journalists.

It pains him that other European leaders are increasingly uninterested in his advice. With Germany and France now reaching most agreements behind closed doors, Juncker can no longer play his favored role as mediator. Furthermore, his relationships with Merkel and Hollande are considered to be tense. Now that he no longer heads the group of euro-zone finance ministers, he is only one of many at the Brussels negotiating table.

It isn't that his career has gone to his head. Juncker knows that he governs a country that is hardly larger than a major German city. But after being in power for so long, he no longer cares what others think about him. When he has to take a leak during a summit meeting, Juncker says with a smirk, for example, he goes to the ladies' room, because the men's room is too dirty for him.

Now that the decision has been made to hold new elections, it is unclear how much longer Juncker will continue to sit at the table of EU leaders. Although his CSV is likely to remain the strongest party, it is unclear whether the patriarch will be able to easily find a coalition partner. In the wake of the intelligence scandals, the Socialists, part of the current coalition government, have moved closer to the opposition Liberals and Greens. It can't be ruled out that, for the first time, there will be a three-party-alliance in Luxembourg after the new elections. Unlike the CSV, the Socialists have completed a generational shift. Long-standing Foreign Minister Jean Asselborn is no longer campaigning as the party's top candidate, instead paving the way for the younger generation.

But even if Juncker doesn't get another chance at home, his career likely won't come to a rapid end. The European People's Party is urgently seeking a top candidate for the European Parliament election in May 2014. Juncker, known throughout Europe and fluent in many languages, would be the ideal candidate.

The winner of the election also stands to be appointed to a top EU post. Juncker, for instance, could become president of the European Commission or the European Council, even though he, of course, denies any such ambitions. He wants to remain in Luxembourg, says Juncker. "I'm campaigning to become my own successor." 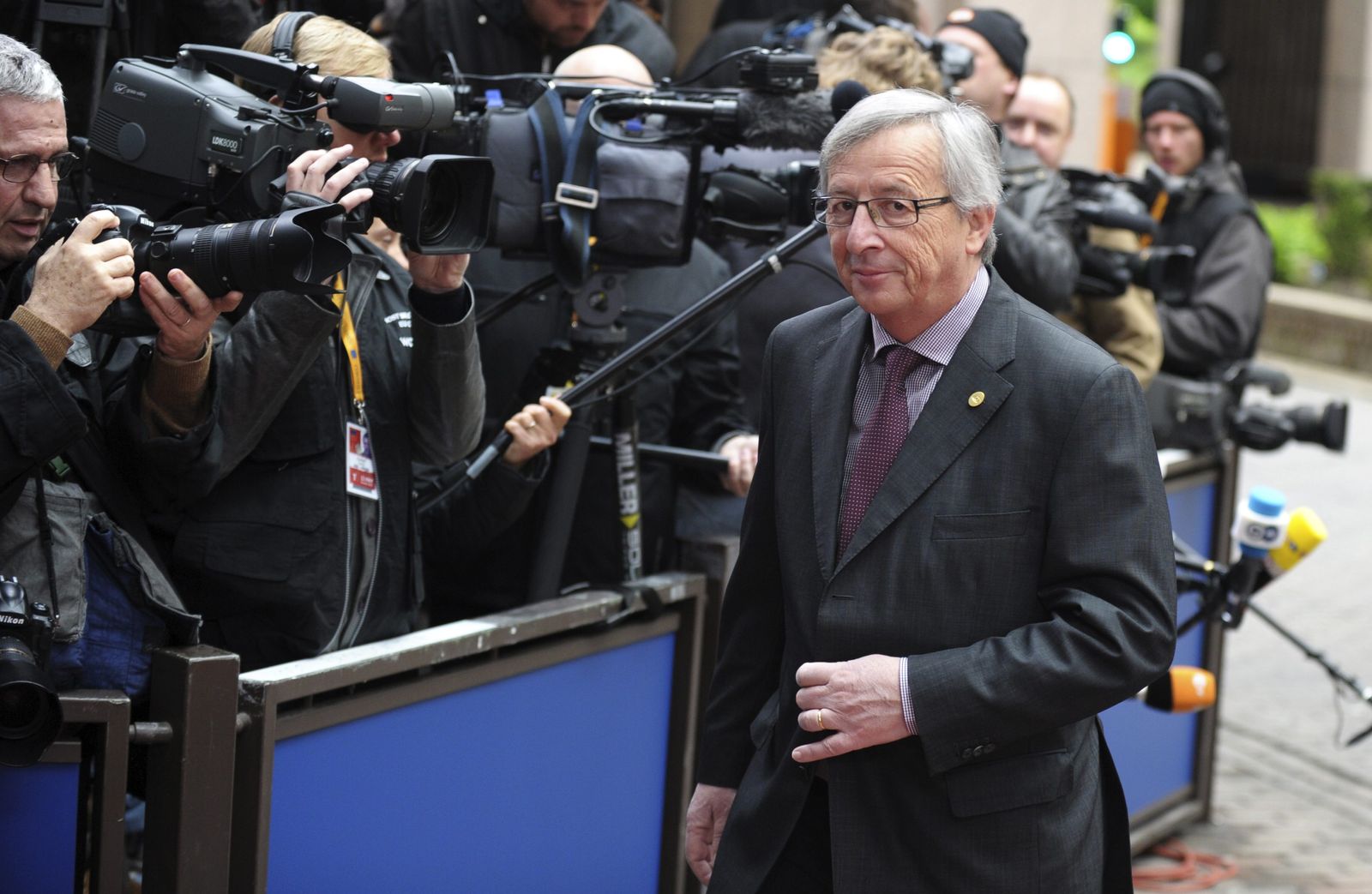 What is in Juncker's future?