Madrid has become the epicenter of Europe's battle against the coronavirus. In the Spanish capital alone, authorities have so far registered more than 14,000 infections and 1,800 deaths. No other region in Spain has been hit as hard by the spread of the virus.

The Spanish government imposed a strict curfew in mid-March, but the number of deaths and new infections continues to rise dramatically. More than 700 people died across the country on a single recent day. Even in Lombardy and China, the number of deaths didn't rise that quickly. More people have now died in Spain from the coronavirus than in China.

Bodies Stored in a Skating Rink

Dystopian scenes are unfolding in the capital city of Madrid. The defense minister has reported that the military is retrieving dead people from nursing homes. One congress center has been converted into a hospital with thousands of beds. Corpses are now being stored at an indoor skating rink. The crematoriums are overloaded because the undertakers don't have enough protective gear at their disposal.

Madrid's hospitals have long been overcrowded. The previous right-wing conservative government slashed the budget for the health-care sector for years. Desperation among doctors and nurses is growing. Thousands of medical professionals have already been infected.

Spanish doctor Inés Lipperheide tells DER SPIEGEL about the conditions in her hospital in western Madrid, her own fight against the virus and how she's coping with the crisis.

Inés Lipperheide, 37, has worked since 2008 as an intensive care doctor at the Puerta de Hierro university hospital in western Madrid.

"I work as a doctor in an intensive care unit that normally has 22 beds. Now, we're doing everything we can to expand it. We're bringing in beds and ventilators from other wards and setting up new rooms with oxygen uptake. There are now 45 beds occupied by COVID patients and 15 more beds available for other patients. Anaesthetists and cardiologists are having to support us. Anesthesiologists and cardiologists are having to help us.

At my hospital, we're somehow managing to keep our heads above water. We were able to discharge seven patients and free up some beds. But it's only a matter of time before a flood of new patients will exceed our capacities. When that happens, even transferring patients to other hospitals isn't going to help. 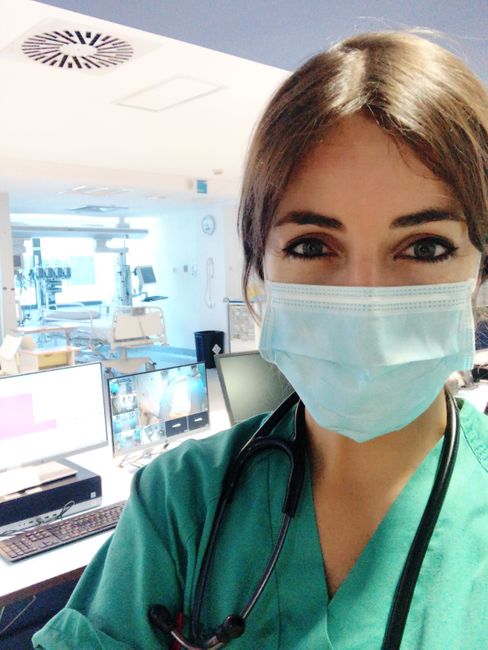 Even now, we're not able to give every sick person the treatment they need. We are forced to resort to triage and we have to decide who can be admitted to the intensive care unit and who can't. There are several factors we have to consider: Who can we most likely help and who probably wouldn't have a chance anyway? The older people are, for instance, the worse their chances are of surviving multiple organ failure. These are painful decisions.

The biggest problem has been how quickly things are developing. There are more patients arriving by the day. It's like a horror film. I was on duty in 2004 when the terrorist attack happened in Madrid. It was a terrible day, but it got better after that. Things are different now: It's getting worse by the day.

"We're even experimenting with diving goggles."

The patients are also afraid. One man, he was around 65, really stuck with me. He was alone, with none of his relatives allowed to visit him. Under normal circumstances, he would long since have been in intensive care by now, and he begged us to move him because he would have more company and would be monitored better there. But we couldn't. In the meantime, the man is doing better. His condition has since stabilized, but still, in moments like that I feel powerless

Our emergency services are on call 24/7 and everyone is doing voluntary overtime. I don't even know how many hours a week I'm working. It's well over 80. At least for my colleagues, I can say that this crisis has brought out the best in them. I haven't had any arguments with any of them yet. Everyone is pulling together because they know how serious the situation is.

We're out of masks, protective glasses, gloves, almost everything. The masks we do have left, we wash them and wear two at a time. We only change the top one a few times a day. We're even experimenting with diving goggles.

It's quite possible that we'll get infected; we all know that. In Spain, around 12 percent of the approximately 33,000 people who have tested positive work in the medical sector. Soon it won't only be beds and ventilators that are missing, but also personnel.

I cry every day when I get home. That's when I see on TV how many people have died. It's impossible to unwind.

I live alone and I haven't seen my boyfriend or my family in two weeks. The risk that I could infect them is just too great. The truth is that I need a hug, a little tenderness. It's hard. It's very hard.

Every evening at 8 p.m., I open the window and listen to the applause from the people who are supporting us doctors and nurses. It's touching. People understand we're giving our all. It's all we can do." 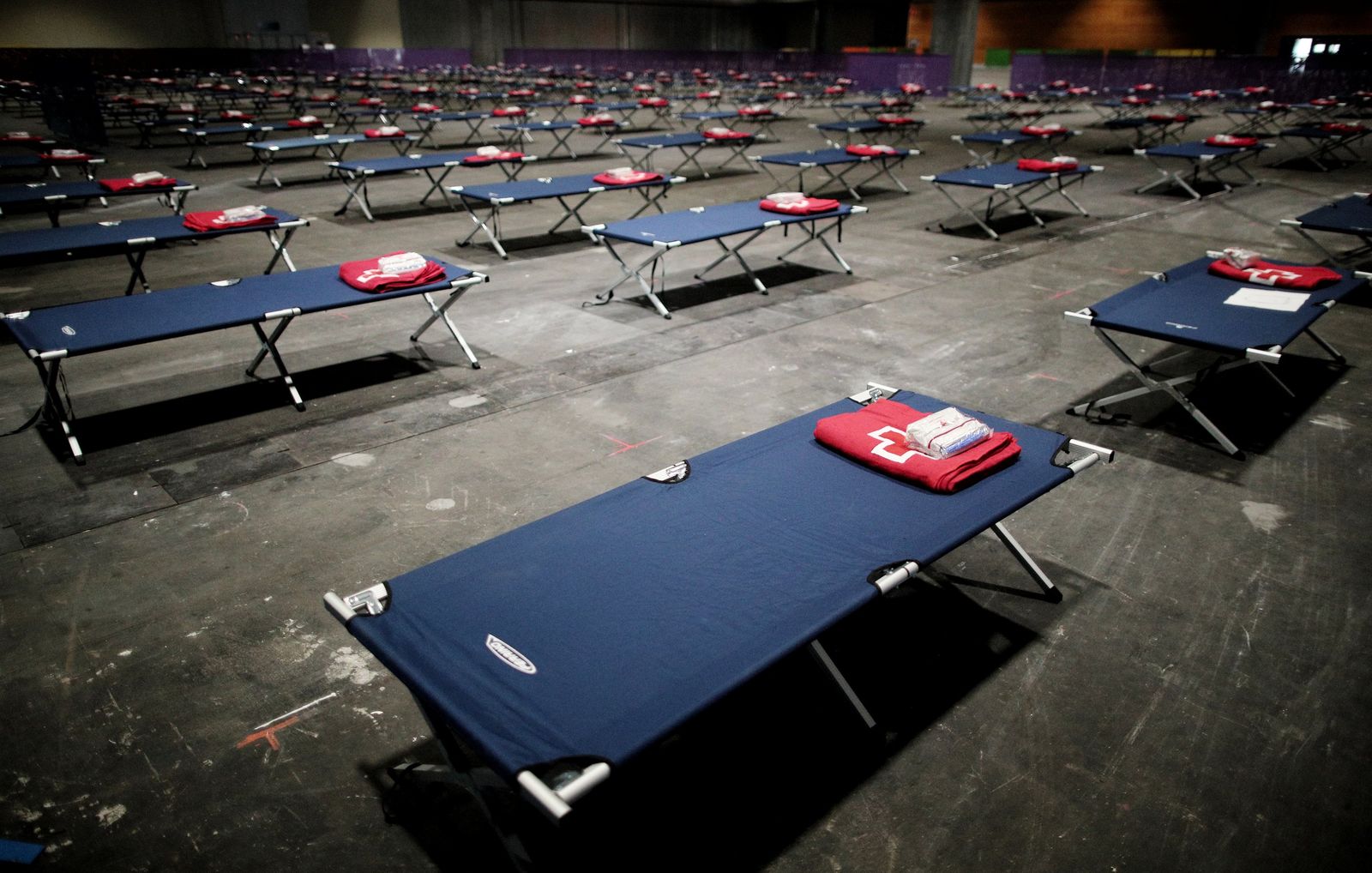 Beds set up in an exhibition hall in Madrid. 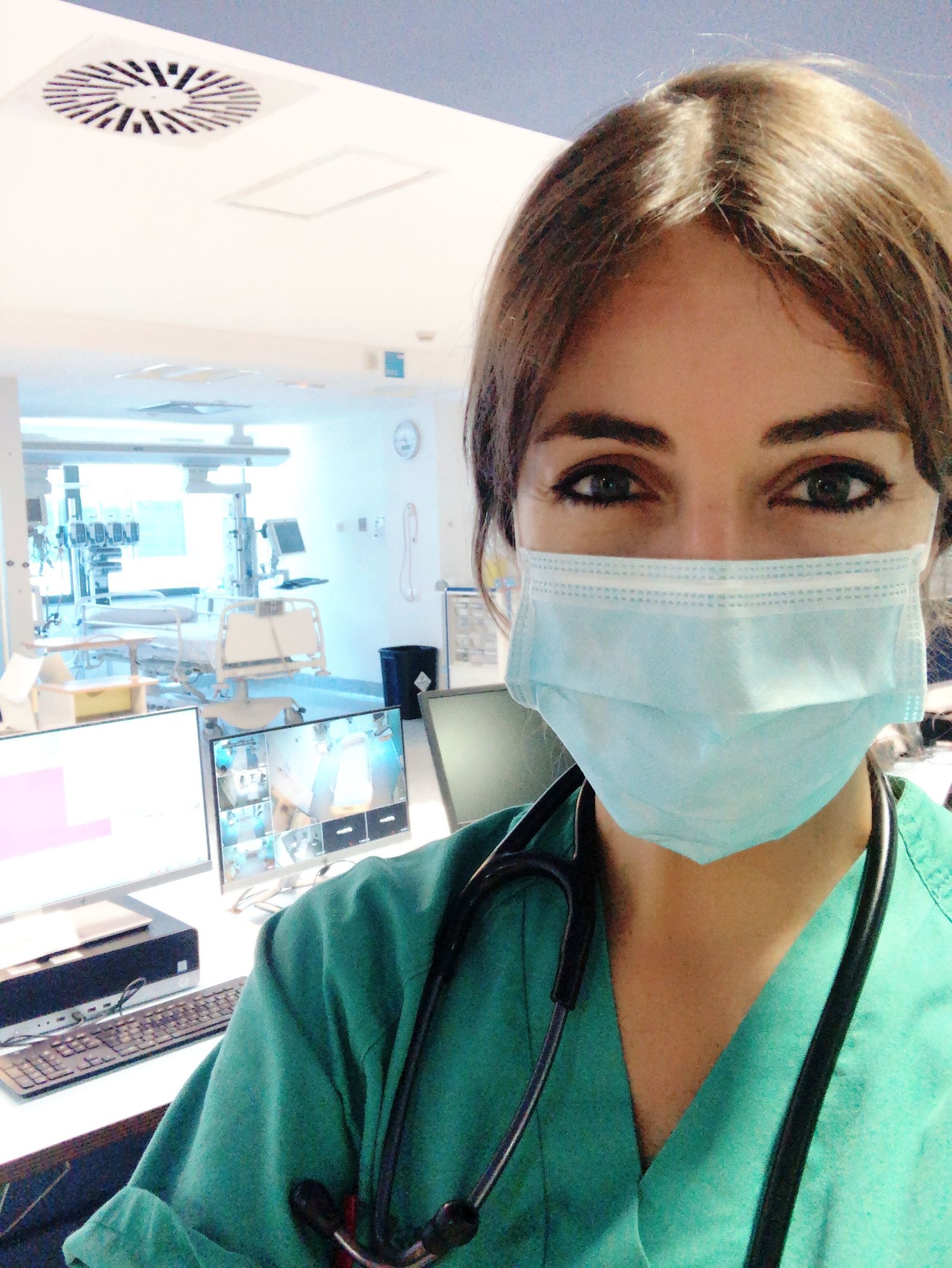