In Europe, Spain's Balearic island of Mallorca is synonymous with sun and fun. It's a place where millions of tourists from across the Continent converge to drink, dance and spend their holidays in a daze. But in Palma de Mallorca, the island's largest city, officials have grown tired of boozed-up foreign tourists trashing the beaches and putting their health at risk through binge drinking. Fatigued by the trail of excess, vomit and health problems, officials in the city recently began cracking down.

SPIEGEL: Mr. Navarro, you want to ensure that there is greater order on the beach at Palma de Mallorca. Do you worry you have taken on too much?

Navarro: We've only been at it for a few weeks and we've already had successes. Besides, it was high time we did something.

Navarro: The beaches were too dirty, with cigarette butts and trash. Things were getting too vulgar and too loud, with the constant shouting and drinking sessions. It was also dangerous.

Navarro: When young men -- and these were mostly young men -- consume these quantities of alcohol, and you add to that the unusually extreme heat and blazing sun, it meant that we had very frequent cases of heat stroke. The drunken men would stagger, collapse, roll their eyes and vomit. Then they would just lie there. That's not a pretty sight for children.

SPIEGEL: Who came up with the idea of drinking out of buckets on Mallorca?

Navarro: It began around 20 years ago at Balneario No. 6, the so-called "Ballermann" (ed's note: a beach bar whose name is synonymous with heavy-drinking German tourists). Back then, young tourists bought cheap sangria, vodka and rum from the supermarket, mixed it with soft drinks and drank it with straws. It became cool. The party was where the bucket was. But around five years ago, it spread and became the fashion across the entire Playa de Palma beach, which is 6 kilometers (around 4 miles) long.

SPIEGEL: Which nationalities are the worst offenders?

Navarro: I would say the Austrians and the Germans. The English come in third place. It's kind of strange.

Navarro: Because these are nations where considerable weight is placed on order and cleanliness back home. But when, for example, they are on Mallorca, they clearly seem to totally forget that. Of course a person wants to switch off during vacation. But it shouldn't be so extreme. That's why we've introduced punitive measures.

SPIEGEL: What form do they take? 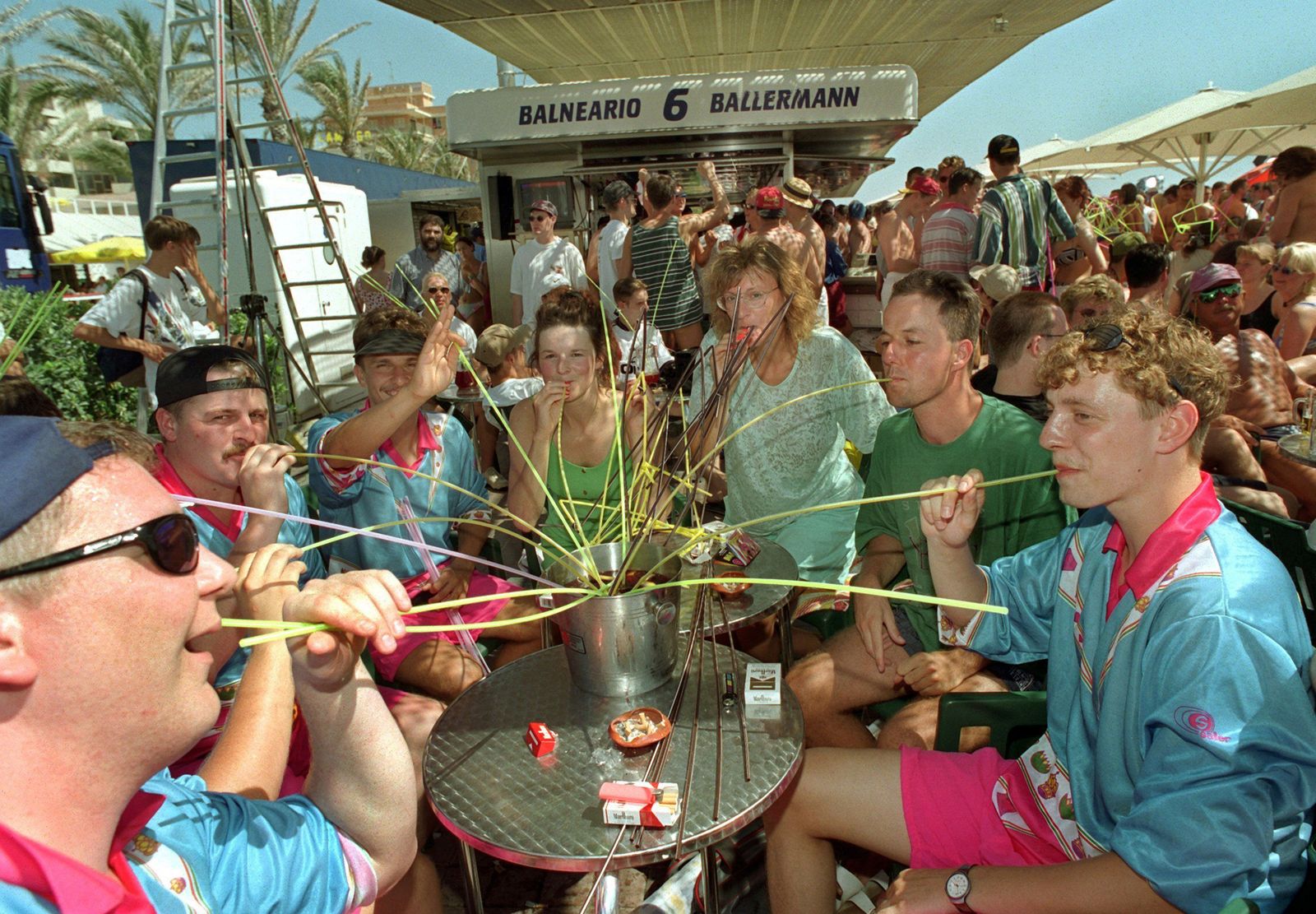 German tourists at the legendary Balneario No. 6 bar in Palma de Mallorca sip a mix of sangria, vodka, rum and soda from a common bucket.