A Bulgarian man died Friday after setting himself on fire to protest poverty and corruption. The incident was the sixth in a recent series of similarly motivated self-immolations in the country. The Naval Hospital in Varna announced that doctors could not save the 40-year-old, who ignited himself at a gas station in the northeastern village of Sitowo.

The unemployed father is the fourth person to die of self-immolation since February in Bulgaria, the poorest country in the European Union, where one in five people live under the poverty line.

On February 19, a man from the central village of Veliko Tarnovo sat down in the middle of a crosswalk and set himself on fire. At the end of February a father of five in the southern village of Radnewo said he was driven to self-immolation by unemployment and poverty. In March, an unemployed blacksmith threw gasoline over himself outside the presidential palace in the capital of Sofia. Security guards extinguished the flames and he survived.

Since the end of January, mass demonstrations against high prices, poverty and corruption have spread through Bulgaria, leading to the resignation of the center-right government of Boyko Borisov.

Public self-immolations are not new to Bulgaria and have occurred throughout the world and in many different cultures. Dozens of Tibetans have set themselves on fire since 2009 in protest of Chinese repression. The 2010 self-immolation of a young Tunisian man, Mohamed Bouazizi, was the catalyst for the wave of unrest ultimately leading to the Arab Spring. Czech student Jan Palach ignited himself publicly in 1969 as a political protest against the Warsaw Pact and the resulting invasion of Czechoslovakia. Both Bouazizi and Palach became symbols of resistance in their countries.

Bulgaria now has its own symbol of resistance: Plamen Goranow. On March 3, the 36-year-old activist set himself on fire in front of the Varna municipal building in protest against the organized crime group TIM and the TIM-controlled Varna mayor. Goranow died from his injuries, and the mayor, Kiril Yordanov, subsequently resigned from office.

The church is concerned about the recent wave of self-immolations. Orthodox Church leader Neofit urged the Bulgarians to "under no circumstances" take their own lives. "The Bulgarians must not fall victim to hopelessness," he said.

The new interim government, made up primarily of technocrats, met on Friday with employers and unions to discuss urgent measures to help the disadvantaged and prevent further such incidents. 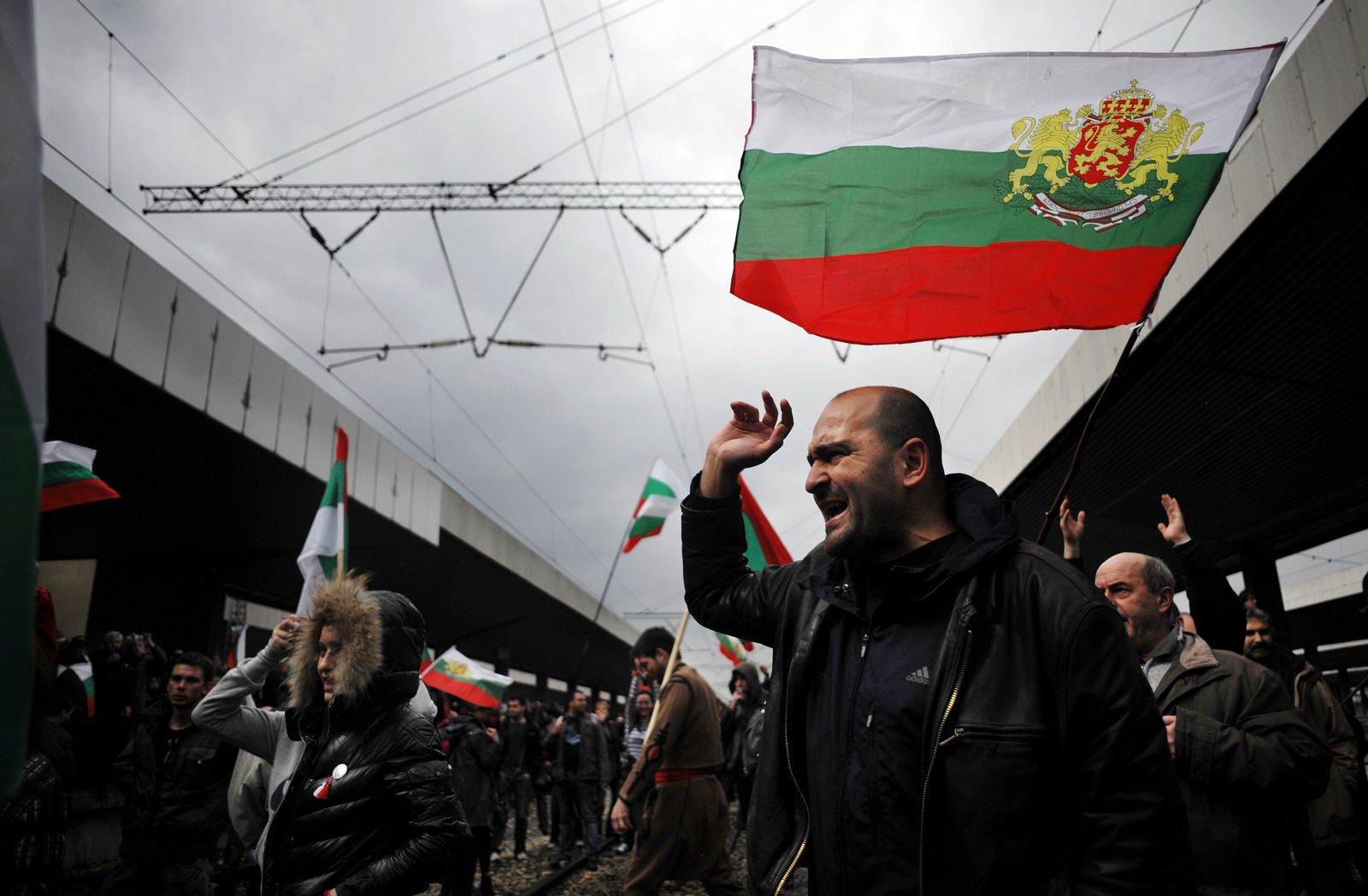 Protesters in Sofia participate in an anti-monopoly demonstration on March 10, 2013.