All it took was three sentences. European Central Bank President Mario Draghi triggered a rally in world financial markets on Thursday by saying the ECB will do whatever is needed to protect the euro. The comment was interpreted as a clear sign that the ECB will relaunch its mothballed program to buy bonds of struggling countries such as Spain and Italy.

"Within our mandate, the ECB is ready to do whatever it takes to preserve the euro. And believe me, it will be enough," Draghi told an investment conference in London to mark the beginning of the Olympics. "To the extent that the size of the sovereign premia (borrowing costs) hamper the functioning of the monetary policy transmission channels, they come within our mandate."

The comments, Draghi's strongest to date in the crisis, helped calm nerves after a difficult week in which Spanish 10-year bond yields hit record highs -- well above the 7 percent level seen as unsustainable -- and the euro fell to its lowest level against the dollar in more than two years.

Italy's bond yields have also risen steadily and there has been mounting speculation that Greece won't be able to remain in the euro zone, with fresh signs that the country isn't sticking to reform pledges it made in return for its second bailout package, worth €130 billion ($159 billion).

The euro leapt more than two cents to as high as $1.2330 after Draghi made his remarks at midday. On Thursday afternoon the European stock index Stoxx 50 was trading up more than 3 percent from Wednesday's close. Germany's blue-chip index DAX stock was up more than two percentage points and the Dow Jones opened up 1.7 percent.

"This is a hopeful sign that the ECB could end its hesitation and put a stop to the market panic," said Christian Schulz, an economist at Berenberg Bank. If the ECB bought bonds, it could give Spain and Italy more time to implement their planned reforms, he said.

Germany has been skeptical about the ECB's bond purchases in the past because it could stoke inflation and lessen the pressure on countries to reform. The ECB's sovereign bond-buying program has been on hold for months. Led by Bundesbank President Jens Weidmann, a core of ECB policymakers feel the bond buys amount to monetary financing of governments, which is beyond the bank's mandate. 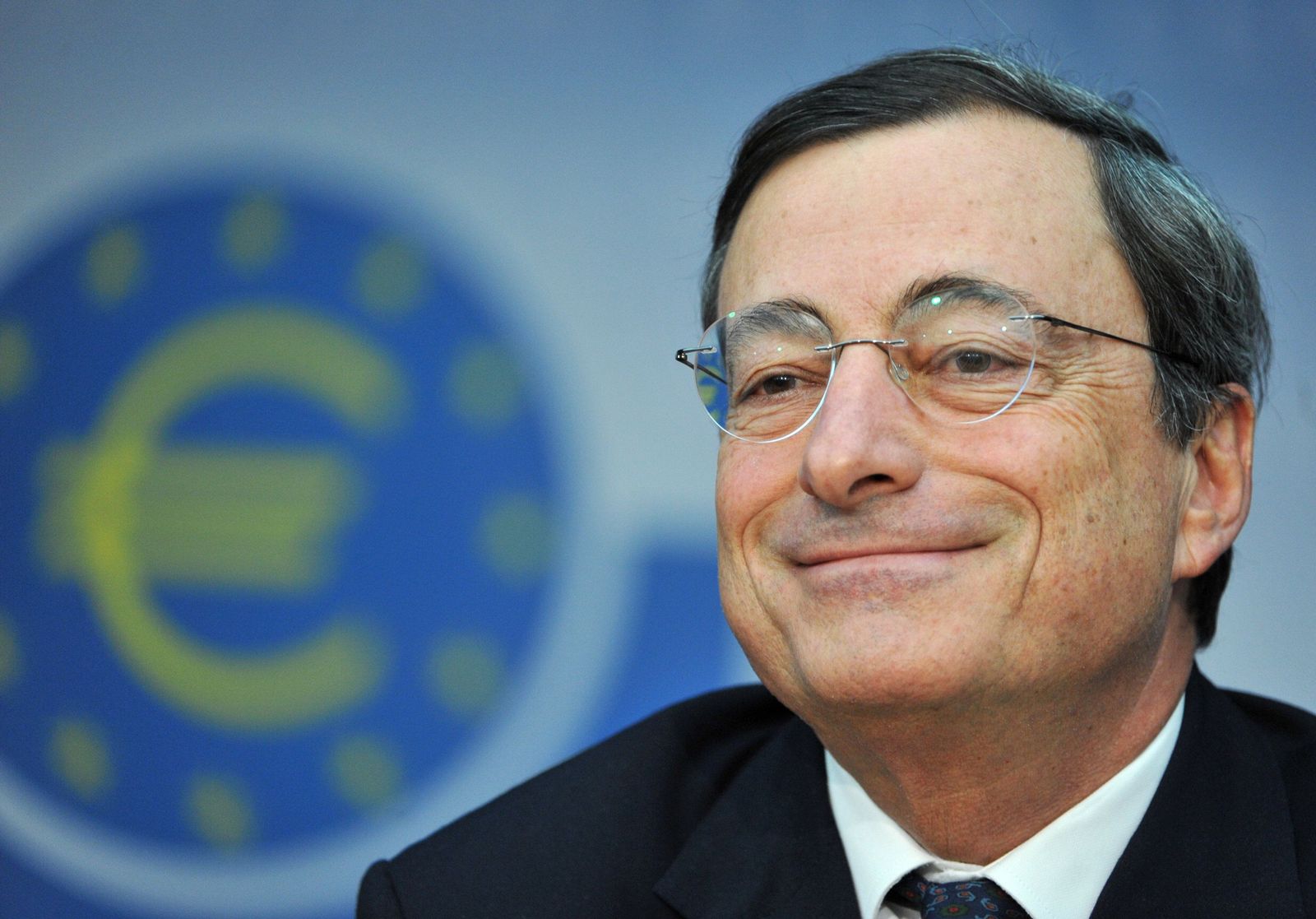