It is one in the morning, but the leaders of the small tourist town of Massa Marittima in southern Tuscany are out in force despite the late hour. The mayor, the heads of the police, fire department, civil protection agency, and even the finance police and forest police are waiting for a bus with 44 young men who will be housed in the Sant'Anna church hostel. The men are from Tunisia; illegal immigrants.

For days they traveled in tiny, fragile boats across the open sea, before spending more days out in the open on the barren island of Lampedusa. Then they were put on a ship headed to the port of Livorno, before finally being sent to Massa Marittima. Here at the Sant'Anna -- home to "a new culture of travel," the advertising promises -- they will be registered and fed.

Four of the Tunisians make a run for it. By the time they reach the outskirts of the town, they are at a loss for where to go. They ask a passer-by how to get to Rome, before the Carabinieri arrive and take them back to Sant'Anna. Their fellow immigrants are unhappy -- they fear the escape attempt will cost the whole group its chance to stay in Italy. But their fears are unfounded.

For what the Italian government says are "humanitarian reasons," all of the roughly 23,000 illegal immigrants from North Africa who have made their way across the Mediterranean since the start of the year will be given six-month residence permits. Only those who have been deported before, or who have committed crimes in Italy, will be sent back immediately. As will all those who arrive from now on.

Tunisia, as Italian Interior Minister Roberto Maroni proudly announced after tough negotiations with the new leadership in Tunis this week, is now ready to readmit its citizens without complaint if the Italians ship them back. The agreement "ends the flow of illegal immigrants" according to the minister, from the traditionally conservative and anti-immigration Lega Nord (Northern League). His party is part of Prime Minister Silvio Berlusconi's conservative government in Rome.

Maroni's certainty, however, might be misplaced. The new Italian policy on immigration is clearly flawed. What should be done with the immigrants arriving on the boats who are not from Tunisia but from Egypt, Libya or other countries? What about the Tunisians who discard their passports and claim to be from another country? And what about those already in "Bella Italia" on six month visas? Should they be sent home once their visas expire? Or will they be extended for "humanitarian reasons?"

The truth is that the authorities in Rome have something completely different in mind. They want the immigrants to move on -- and head north.

It may sound far-fetched, but for Italians it could provide an elegant way out of their dilemma. The strategy may result in the immigration problem solving itself -- as has happened once before. When tens of thousands of refugees flooded across the Adriatic from the Balkans at the end of the 1990s, they were briefly kept in camps before being given residence permits and turned out onto the streets. Within a few days, many had left Italy. Most did not return east across the sea, but traveled by train and car north, to Austria, Germany, the Netherlands, Belgium and France. Italian authorities simply watched.

Passing the Problem on

The interior minister likely envisions a similar result this time around. Indeed, experts estimate that about 80 percent of today's immigrants do not want to stay in Italy. Their preferred destinations are France and Germany.

An Italian residence permit, Maroni says, gives the Tunisians the right to travel to other countries in the border-free Schengen zone and stay there for three months, including France and Germany. But the other Schengen countries see things rather differently, as do most EU legal experts. It would be necessary, they say, for Brussels to issue a corresponding order. In order to issue such a decree, European Commissioner for Home Affairs Cecelia Malmström would need the green light from a majority of EU interior ministers. That, though, looks unlikely.

Because just as the Italians want to pass the problem along by sending the immigrants abroad, other countries don't want them either. Concern over the fate of the boat refugees -- which periodically arises as a result of deadly accidents like the one this week -- usually dissipates quickly.

Exacerbating the problem is the fact that Europe still has not reached consensus on how to deal with those who have been arriving on its shores in such great numbers in recent years. Each country has sought to protect its own borders as best it can. This week, for example, the French -- in potential violation of EU law -- carried out checks at the border with Italy at Ventimiglia, checks which were supposedly abolished under the Schengen Agreement. The aim was to intercept Tunisians on their way into France and send them back.

Even the well-meaning hosts of the 44 young Tunisians in Sant'Anna would seem to realize that the problem will not be solved any time soon. They have come up with an "integration program," which involves playing soccer with the locals as well as learning to speak and write Italian. There are even plans for a course on the history of the site and its surroundings.

But the operators of the hostel have made it clear to town officials that the North African guests cannot stay beyond the end of May. Then the space is needed again for "a new culture of travel." 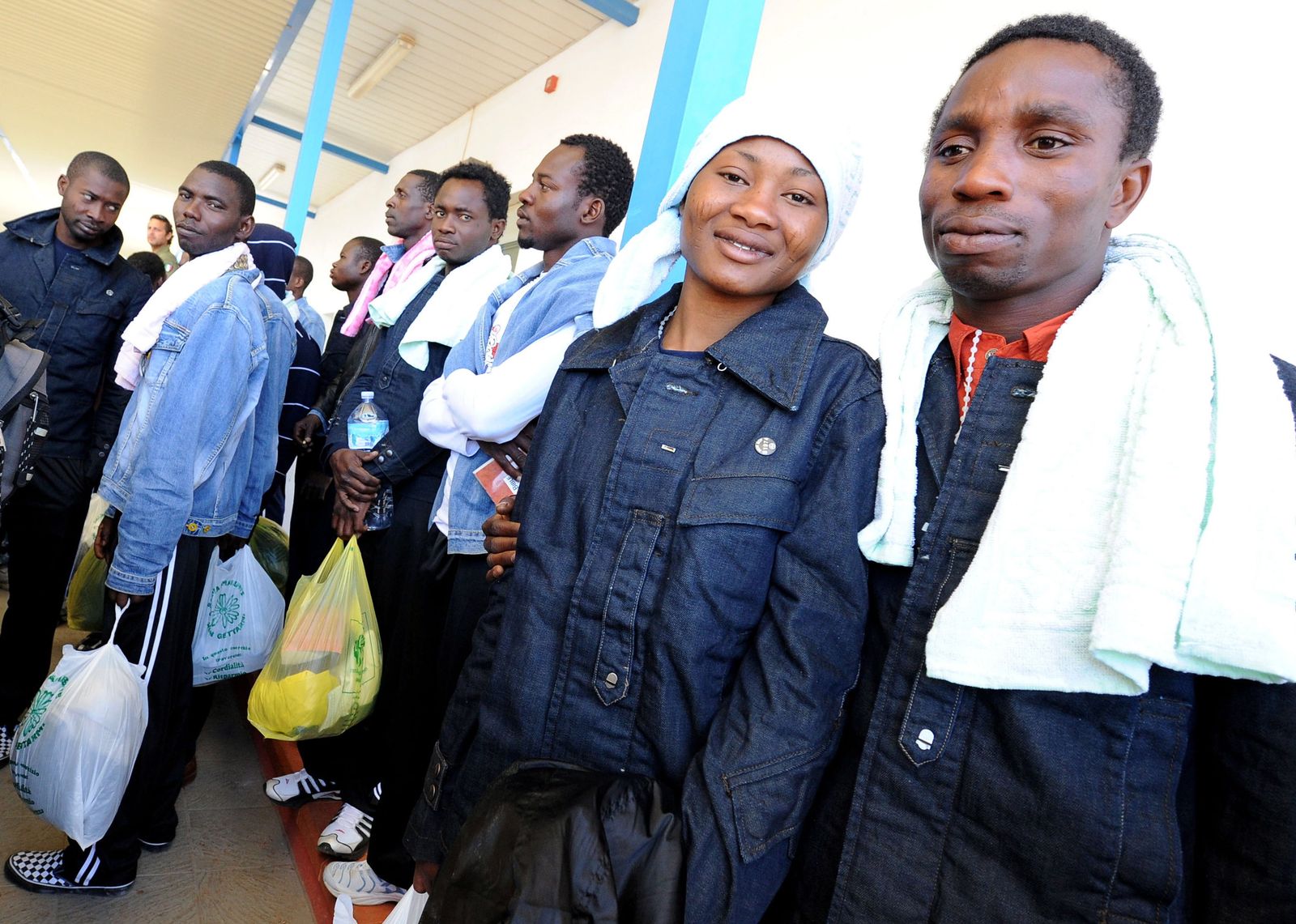