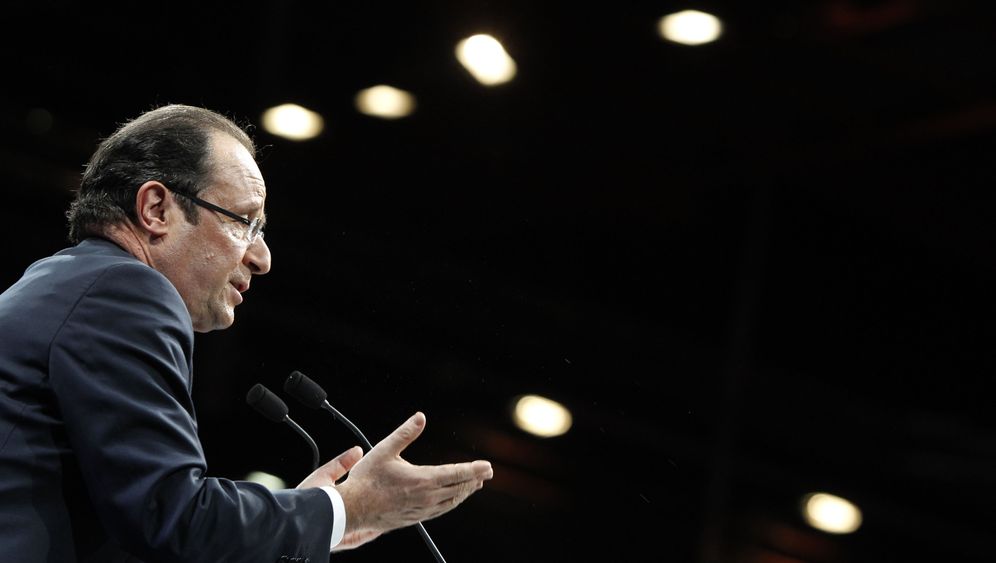 Nicolas Sarkozy is tirelessly touring France on the campaign trail, portraying himself as a man of action and as savior of Europe, but despite all his efforts, he is still trailing in opinion polls six weeks ahead of the presidential election.

Thank goodness he has Angela Merkel on his side.

The German chancellor has been unusually open in her support for a re-election of her French counterpart. They have walked side by side along French beaches, appeared on television together and are planning joint campaign events.

She has shown Sarkozy's Socialist challenger François Hollande the cold shoulder, and that is unlikely to change in the run-up to the vote. According to information obtained by SPIEGEL, leading conservative governments in the EU -- those in Germany, Italy, Spain and the United Kingdom -- have agreed not to receive Hollande during the campaign.

They weren't just motivated by sympathy for Sarkozy but also because they're angry at Hollandefor saying he would seek to renegotiate the fiscal pact agreed among 25 of the 27 EU members. The agreement on fiscal discipline, pushed through by Merkel at an EU summit in December, is a central component of the EU's strategy to save the euro in the debt crisis.

The leaders agreed showing any signs of support to Hollande during the campaign. Britain's Cameron, whose country has not joined the fiscal pact, also wants Sarkozy to stay in power.

German Foreign Minister Guido Westerwelle of the business-friendly Free Democrats, Merkel's junior coalition partner, is critical of Merkel's position. Officials close to him told SPIEGEL ONLINE that French-German relations could be damaged by giving the impression of any boycott against Hollande. Even though the German government disagrees with Hollande on a range of issues, it must make clear that Berlin would work with whoever was elected as French president, the officials said.

Westerwelle has been eying Merkel's interference in the French campaign with mounting suspicion. After Merkel gave a joint television interview with Sarkozy last month, Westerwelle had said: "The German government isn't a contender in the French election campaign."

Officially, Merkel's spokesman Steffen Seibert dismissed the report of an anti-Hollande pact. He said via Twitter that it is up to each government to decide whether to meet Hollande. Italian government sources said the speculation of a secret deal to spurn Hollande was completely unfounded.

But whatever shape the resistance to Hollande will take, it is clear that many conservative government leaders are alarmed at the prospect that the Socialist could become the next leader of Europe's second largest economy, and don't want to elevate him by giving him the red carpet treatment in advance of the election.

Merkel's involvement in the French campaign is highly unusual. Interfering in the domestic politics of another country has always been something of a taboo, even in the close Franco-German alliance. Merkel has broken with that tradition and now risks the prospect of diplomatic tensions if Hollande wins in April.

Hollande's campaign manager Pierre Moscovici has described her involvement as "irritating" and "worrisome," and described it as unprecedented in Europe's history. He said the friendship between France and Germany must take precedence over party political interests.

Hollande himself seems relaxed about the debate, though. "If there is an alliance among the conservatives for the conservative candidate in France, this would be quite natural," he said. But, he added, only the people of France will decide on the country's future.