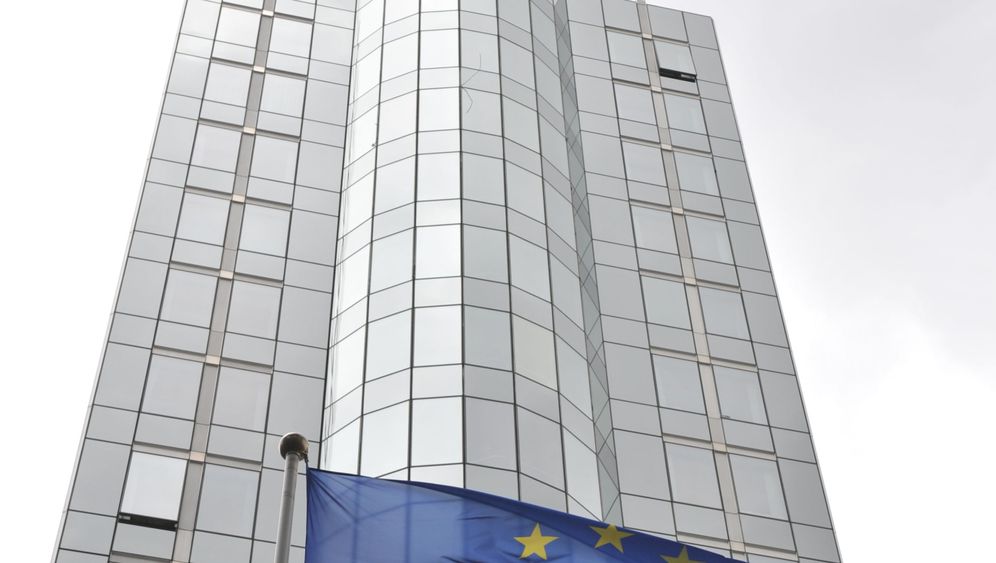 Every month, members of the European Parliament (MEPs) have to pack their files in black plastic containers. Thousands of boxes, brimming with transcripts, strategy papers and draft laws are stacked along the corridors of the Brussels-based EU parliament building each Friday ahead of the monthly plenary session in the French city of Strasbourg.

Workers collect the containers and heave them onto eight large trucks, which then transport them to the second seat of the parliament 430 kilometers (267 miles) away. An army of 4,000 people, including MEPs, their staffs and lobbyists, pack their bags and follow. A week later, it's all schlepped back to Brussels.

That monthly shuffle has been taking place 12 times a year for decades. Most of the MEPs would prefer to put a halt to this traveling circus. Thousands of working days are lost in the move from Brussels, where committee meetings are held, to Strasbourg, where meetings of the whole parliament take place. Each year, it generates 15,000 metric tons of carbon dioxide and costs taxpayers some €180 million ($243 million).

The hotels in an around Strasbourg charge exorbitant prices -- and the glass palace in Strasbourg, which cost hundreds of millions of euros to build, is empty for more than 300 days a year.

"This provides cheap ammunition for populists and euroskeptics," says Jo Leinen, an MEP for Germany's center-left Social Democrats. But, to date, all attempts by MEPs to stop this absurd pilgrimage have failed. This week, though, they're going to try again -- using a trick.

The EU Treaty states that the European Parliament is based in Strasbourg. That's what the European Council of member states decided at the insistence of the French government. Only the Council itself can reverse that decision, and it must be unanimous. But the French government blocks any change that would call the role of Strasbourg into question.

After MEPs tried to merge two plenary sessions into one week last year to cut down on traveling time, France took the case to the Court of Justice of the European Union -- and won.

Now the MEPs are changing their strategy. On Wednesday, the parliament's Constitutional Affairs Committee will vote on a report by the German Greens MEP Gerald Häfner and British Conservative Ashley Fox. It has only one demand for the Council: that MEPs should in future be allowed to choose the seat of their institution themselves. Their motion makes no mention of Strasbourg or Brussels.

"It's high time we get the full right to organize ourselves, like all the other democratically elected parliaments in Europe," says Häfner. "This is about the question: Do we want to go on being seen as marionettes in the hands of others, or does this parliament take itself seriously?"

The vote avoids a direct confrontation with Paris. If MEPs call for Strasbourg to be dropped as a seat, the French will always veto the move, says Edward McMillan-Scott, a British Liberal Democrat MEP. But the governments of EU member states can't forbid the parliament, as the only democratically elected EU institution, to make its own decisions, he adds.

The parliament is largely united on this issue after years of arguments between the respective supporters of Brussels and Strasbourg. The members of the Constitutional Affairs Committee already adopted the Fox-Häfner report with an 85 percent majority. The heads of almost all the big parties have called on ther members to back it in Wednesday's plenary vote. Only the center-right European People's Party has declined to give a recommendation. The head of its parliamentary group, Joseph Daul, is from Alsace, the region of eastern France in which Strasbourg is located. And the French government has been lobbying French MEPs for weeks to get them to vote against the motion.

Regardless of how large the parliamentary majority will be, the MEPs will eventually have to strike a compromise with Paris. "There can only be movement here if we offer the French an alternative for Strasbourg," says Elmar Brok, who has been commuting between Brussels and Strasbourg as an MEP for Germany's Christian Democratic Union for the past 33 years.

Behind the scenes, MEPs have already started sounding out possible options for quid pro quo with French diplomats. According to insiders, a Brussels-based EU institution, such as the Economy and Social Committee or the new Committee of the Regions, could be relocated to Alsace. There is also talk of establishing a new EU university in Strasbourg.

However tired the MEPs may be of the constant back and forth, they're going to have to be patient. Häfner fears that the member states will shelve this sensitive issue. Besides, the EU parliamentary election in May 2014 could change the makeup of the parliament, so a decision on its future seat is unlikely to be made until at least a year from now. Until then, the monthly traveling circus will continue.