With the prospect of a pro-bailout government being formed in Greece following New Democracy's victory in Sunday's election, some European politicians have suggested that the strict conditions for Athens' deal with the European Union and International Monetary Fund could now be relaxed a little. Reacting to the election result, German Foreign Minister Guido Westerwelle, a member of the business-friendly Free Democratic Party, said that although there could not be "substantial changes" to the agreement with the EU and IMF, he could "well imagine talking again about timelines."

But politicians from Angela Merkel's conservatives have resisted the suggestion that Athens should be given more time. Now a key Merkel ally has rejected relaxing the terms of Greece's bailout deal and called on Athens to increase the pace of reforms.

In an interview with SPIEGEL ONLINE, Volker Kauder, 62, floor leader of the conservatives' parliamentary group, rejected granting concessions to Athens, saying that the country has already wasted a lot of time due to the new elections. "In the case of Greece, time can mean a lot of money," he said. "That's why I can't imagine that we could make changes in that regard."

"It would be appropriate if the new (Greek) government were to say: Yes, we will try to make up for lost time," Kauder said. The new government could, for example, try to speed up the pace of the privatization of state assets, he said.

Kauder implicitly criticized Westerwelle's suggestion that the bailout terms could be relaxed. The German government shouldn't "send any signal" that the agreed-upon austerity measures can be changed, he said.

The conservative politician also emphasized that all countries that have received EU-led bailouts should be treated the same. "The Irish and Portuguese can't come and demand to renegotiate (the bailout deals) as well," he said. "Agreements have to be adhered to."

'We Are Doing a Lot for Europe'

Kauder also nixed the idea of helping Greece through a new stimulus package to promote growth. "Programs that are financed with debt would only make the situation worse," he said. But other forms of aid were possible, he said, giving the example of more effective use of EU structural funds, which are designed to help impoverished European regions.

Germany has recently come under increasing pressure to change its tough approach to fighting the euro crisis, but Kauder firmly rejected the suggestion that Germany was isolating itself within the EU with its stance. "On the contrary, we are doing a lot -- really a lot -- for Europe. Most other countries know that," he said. "If we make concessions now, then what? It won't help if Germany loses its triple-A rating. Then the bailout fund would also lose its backing. Everyone in Europe would be the loser."

Kauder played down speculation that Italy might need to ask for a bailout. "Italy has a strong economy. The country is stable," he said. "Talking about doomsday scenarios doesn't help us." He insisted that a lot was going well in terms of fighting the criss, saying that Ireland was on the path to recovery and that Portugal and Spain were making "enormous efforts" to consolidate their finances.

Neither was Kauder in favor of a new proposal for so-called euro bills, jointly issued debt with short maturities. "We reject any form of collectivization of debt," he said. "That violates European and German law."

Kauder is known for his tough stance on the euro crisis. Last November, he raised eyebrows across the continent with his now-infamous remark that "suddenly Europe is speaking German."

'We Will Not Overburden the Greeks'

On Wednesday, German Finance Minister Wolfgang Schäuble also rejected claims that the bailout terms for Greece were too tough. "We have not overburdened Greece, and we will not overburden the Greeks," said Schäuble, who like Kauder is a member of Merkel's Christian Democratic Union, in an interview with German weekly Die Zeit to be published on Thursday.

Jens Weidmann, president of the German central bank, the Bundesbank, also insisted that Greece had to stick to the terms of the deal. "There is an agreement with Greece, and that still stands," he told Manager-Magazin, SPIEGEL's sister publication.

Meanwhile in Greece, conservative New Democracy was continuing coalition talks with the Socialists (PASOK) on Wednesday. New Democracy leader Antonis Samaras had been given three days to form a government, a deadline which expires on Wednesday. PASOK leader Evangelos Venizelos said he thought a government could be formed on Wednesday and that his party would support the government "sincerely." It was not clear if PASOK would join the coalition or merely agree to support it in parliament. The parties have come under international pressure to form a government quickly. 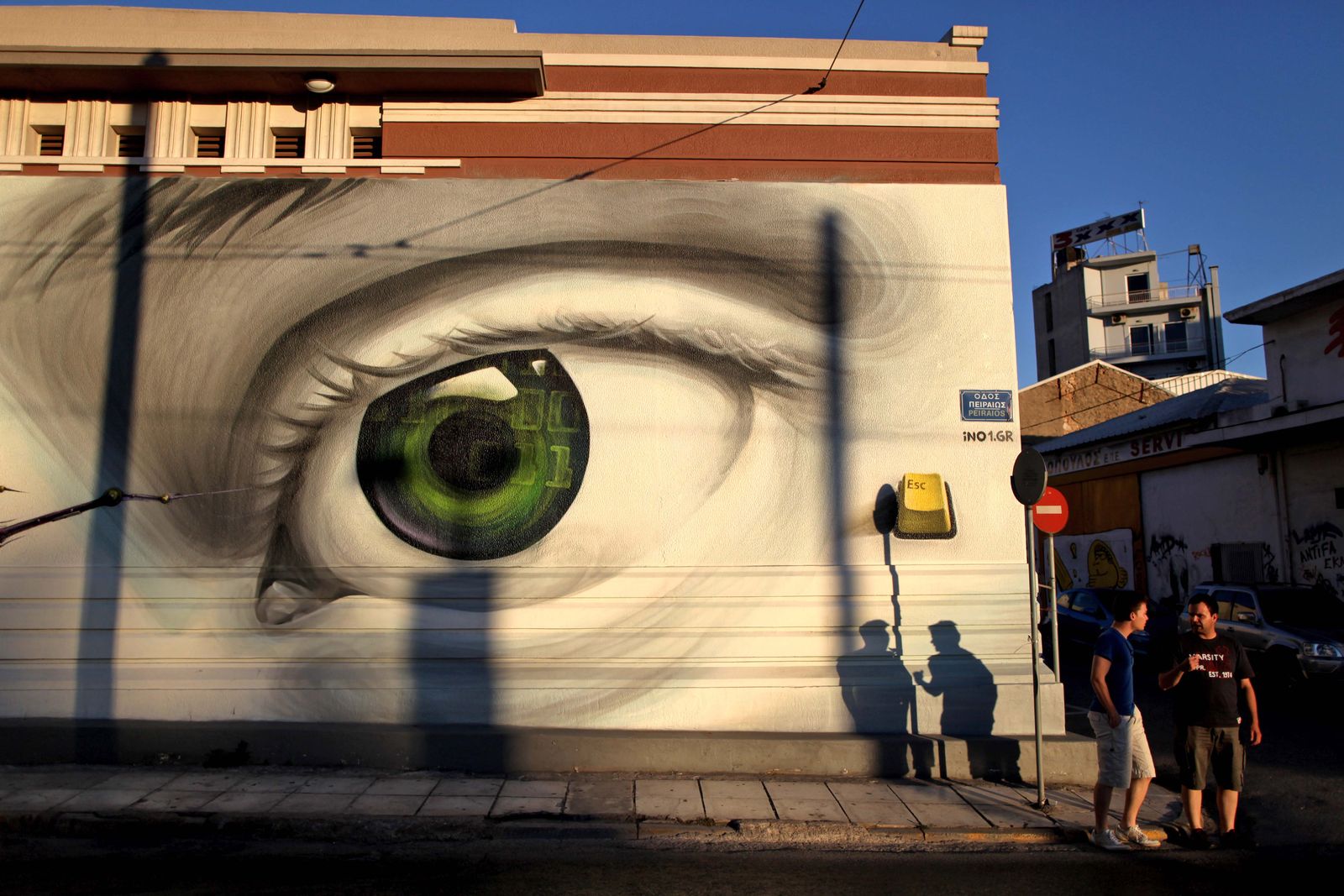 Graffiti in Athens. A senior German conservative has said that Greece has to stick by the terms of the bailout deal.