Chancellor Angela Merkel was scheduled to speak about Brexit before the German parliament today. So she stood up before the Bundestag and gave a speech about Brexit.

And everything she said was doubtlessly correct. That the remaining European Union member states must now find a joint response to Brexit. That the negotiations can only begin after the British formally communicate their desire to leave the EU in accordance with Article 50 of the Treaty of Lisbon. That the relationship with the United Kingdom should remain amicable. That the British cannot be allowed to cherry pick and that there are disadvantages to not being in the EU.

It was a typical Merkel address, free of drama and full of detached objectivity. An accurate description of the situation: Brexit on ice.

But is that enough? Couldn't she have done more? Brexit is an historical watershed in the history of Europe -- Merkel has said so herself. The British and, along with them, Europeans across the continent are searching for answers. Business as usual is simply not enough -- even if business as usual can have a calming effect in turbulent times.

Imagine, for a moment, that Merkel had given the kind of speech that goes viral, a moving speech that would be shared on Facebook and commented on with exclamation marks by young people across Europe. "Merkel gets it!!!" people might have said, written or felt, and they might have felt strengthened in their European identity.

First: Push the pace
Yes, the British alone are responsible for choosing when they present their application to leave the union. From the perspective of EU law, there is no way around it. But if the British want to leave, they should get on with it as quickly as possible. It is no longer just about the British, it is about the European Union as a whole. Britain has long been famous for blocking EU proposals and, now that the country no longer has anything to lose, it could become even more disruptive. And that would play into the hands of Euroskeptics in all EU member states.

Second: Take advantage of the opportunity to relaunch the EU
The British are out and the future EU will be a different one, a new one. But in contrast to her junior coalition partners from the center-left Social Democrats, Merkel looks uninterested in a relaunch of the EU. Rather, she seems content to continue on as before, despite the altered political landscape. She vaguely spoke about further development. But the possibility for more significant change has presented itself: an evolution of the EU, perhaps even a two-speed Europe. Either way, radical change is needed.

Third: An inspirational Europe
In the speeches of many leading politicians, the European Union comes across as little more than a distant service provider that must serve European citizens. Merkel left behind the same impression in her speech on Tuesday. She has repeatedly said that the EU must make the lives of its people better, but as true as that may be, the same can be said of a brand of laundry detergent. The EU is much more than that.

The fact that British voters under the age of 25 are overwhelmingly in favor of staying in the EU but didn't bother to vote speaks volumes. These people don't have an emotional attachment to the European project. And that emotion is important. It inspires compassion and solidarity -- such as with Greece in the financial crisis or with Germany in the refugee crisis.

Speed, change and emotion: All of that was lacking in Merkel's speech. It was just business as usual. And that is a shame. 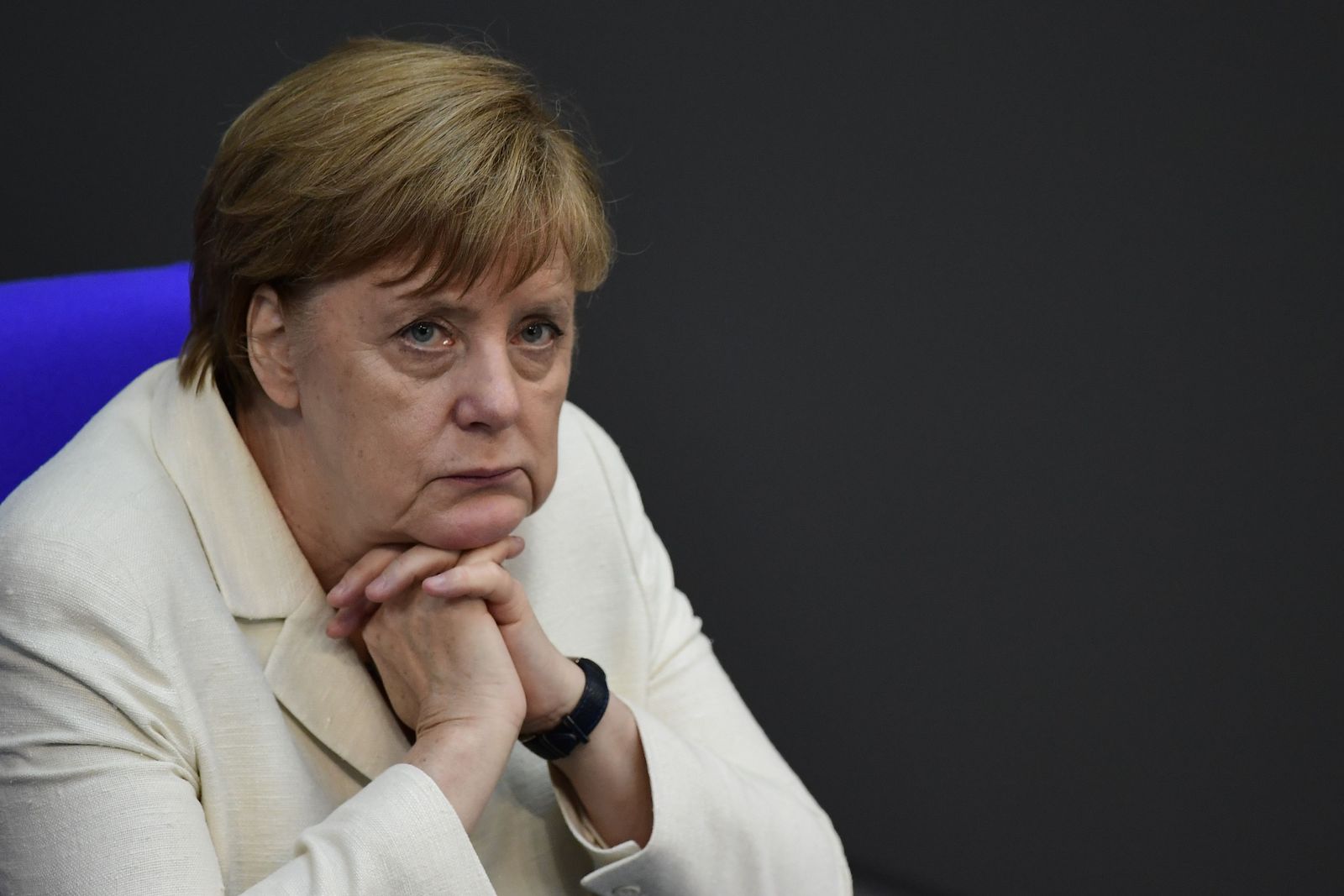