German Chancellor Angela Merkel on Wednesday called on European countries to agree to binding economic reforms to correct flaws in the makeup of the single currency.

In her first parliamentary speech since her re-election for a third term on Tuesday, she warned that Europe needed to take further action to make the euro zone crisis-proof.

"Clearly the euro-zone debt crisis is not yet overcome. One cannot emphasise this often enough. But we are seeing first successes and we are convinced it can be overcome permanently," she told the Bundestag lower house of parliament.

She said Ireland's successful exit from the bailout program last week and progress elsewhere showed that her approach of seeking reforms in return for aid had been the right one.

"I know that pushing through treaty changes in the member states can be difficult, but if you want more Europe, you have to be prepared to develop it further," Merkel said. "In a world that is constantly changing, we can't stand there and say that at some point we agreed the Lisbon Treaty and there's no need to change it again. This won't work."

Germany wants closer economic policy coordination and will push at a summit of European Union leaders on Thursday and Friday for members to agree binding contracts with the European Commission to implement further reforms.

It is also pushing for changes to the Lisbon Treaty to give greater European control over policy. Germany's closest ally in Europe, France, opposes such a move, as do other member states.

"European unity remains one of the most important tasks of the grand coaltion," said Merkel. "Germany is only strong if Europe is strong."

She said she would fight an EU probe announced on Wednesday into exemptions from a green energy surcharge for some 2,000 German companies. The European Commission is examining whether the exemptions, totalling some €5 billion and granted to heavy energy users like the steel industry, were unfair and should be repaid.

She said Germany's new Economy and Energy Minister, Social Democrat Sigmar Gabriel, would make this very clear to the European Commission. "As long as there are countries in Europe where electricity is cheaper for industry than it is in Germany, I cannot see how we are distorting competition."

Turning to Ukraine, Merkel said the offer of an EU association agreement with the country would remain on the table, but that the government would have to guarantee "what we expect of every country: sensible guarantees of demonstration rights and adherence to basic democratic rules." 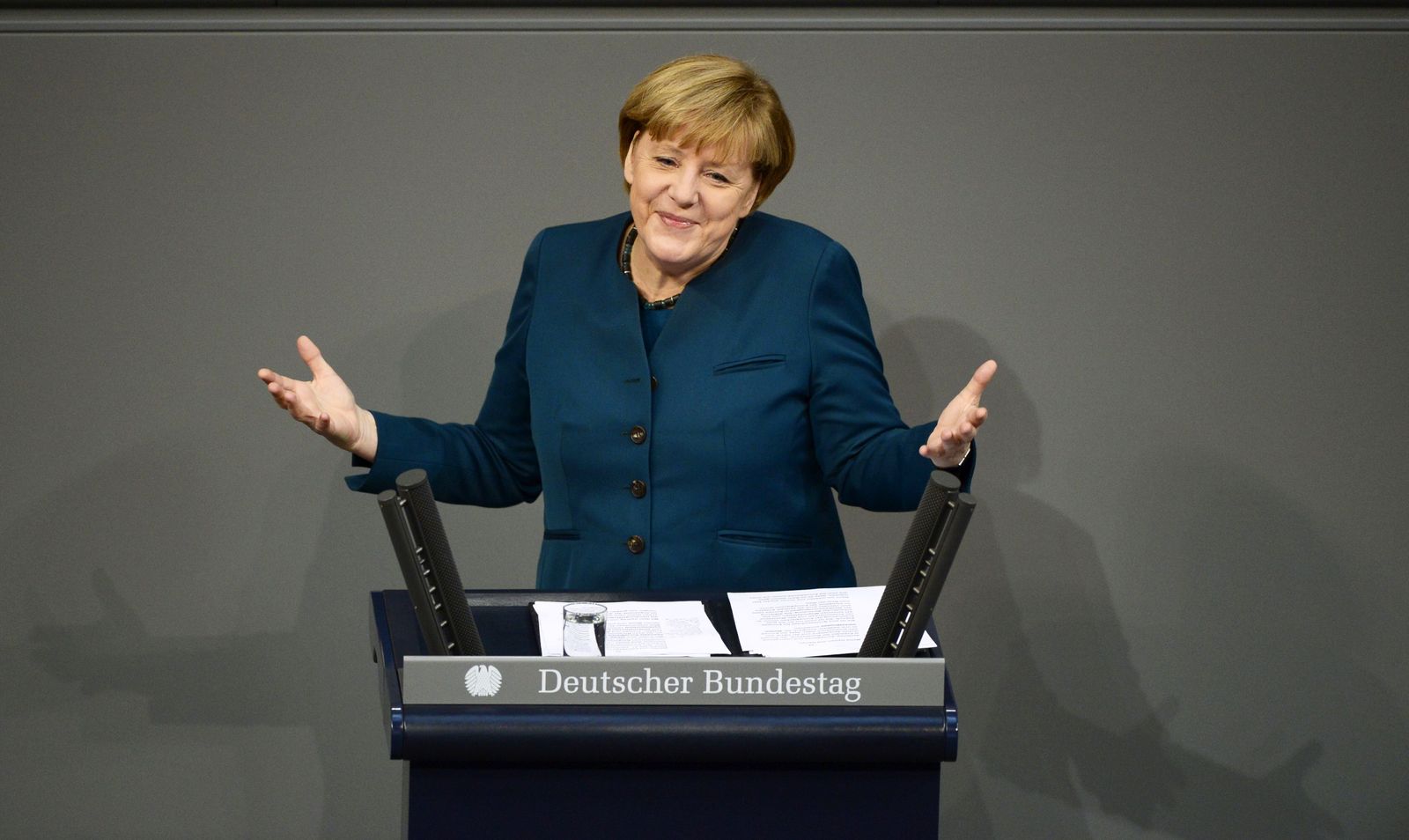