In the ongoing conflict over the Ukrainian leadership's treatment of the imprisoned opposition leader Yulia Tymoshenko, Angela Merkel is trying to raise the pressure on Kiev. SPIEGEL has learned that the German chancellor is campaigning within the European Union for a mass boycott of the European Football Championship in Ukraine by European heads of state and government if Kiev does not release Tymoshenko.

Merkel has already signaled that she may refrain from traveling to Ukraine for the tournament, which takes place from June 8 to July 1. Officials at the Chancellery in Berlin believe, however, that the threat of an EU-wide boycott would have a greater impact than unilateral action by individual countries.

Last week, the European Commission announced that all 27 EU commissioners would refrain from traveling to the matches in Ukraine if Tymoshenko remains in custody. German President Joachim Gauck and eight other European heads of state have already canceled their participation in a planned mid-May summit in Crimea with Ukrainian President Viktor Yanukovych. 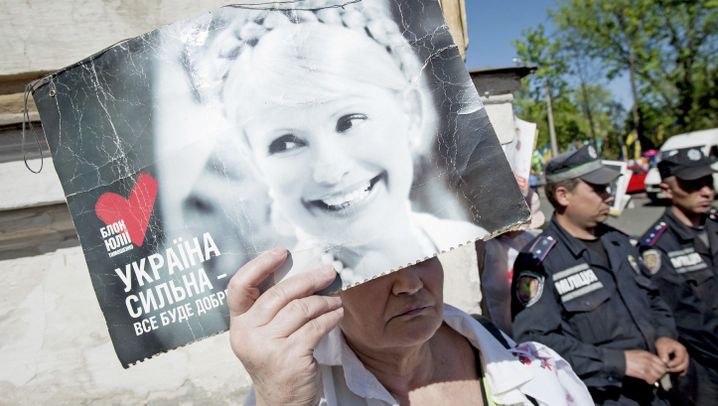 Photo Gallery: A Daughter Fights for Her Mother's Freedom

On Sunday, Merkel's spokesman Steffen Seibert denied that the chancellor was pushing for a boycott. "The chancellor is not campaigning for an EU-wide political boycott for the European Championship games in Ukraine," Seibert told the German news agency DPA. Merkel has not yet decided whether she herself will boycott the games in Ukraine and will decide about her travel plans "at short notice," Seibert said.

In Poland, which is co-hosting the European Championship together with Ukraine, the government takes a critical view of the German initiative. During Gauck's inaugural visit to Poland in March, which took place before his decision to cancel his trip to Ukraine, Polish President Bronislaw Komorowski asked the German president to meet with Yanukovych as planned. Other countries have to keep up a dialogue with Ukraine, Komorowski argued. Polish Prime Minister Donald Tusk has also told Merkel that he rejects a political boycott of the tournament.

On Friday, Tymoshenko agreed to be treated in a Ukrainian hospital in the presence of a German doctor. Doctors from the Charité hospital in Berlin have examined Tymoshenko in the women's prison in the Ukrainian city of Kharkiv, where she is being held, on a number of occasions, and the German government had been negotiating with the Ukrainian government about possibly treating Tymoshenko in Germany. The 51-year-old politician is reported to be suffering from chronic back pain as the result of a herniated disk and has been on hunger strike for over two weeks in protest over what she claims was an assault by prison guards.

In an interview published in the Sunday edition of the Austrian newspaper Österreich, Tymoshenko's daughter Yevhenia Tymoshenko, who has been leading the fight to save her mother, said that Yulia Tymoshenko would continue with her hunger strike "until decisions have been made." She said her mother had experienced an "enormous" psychological boost from the diplomatic pressure on Ukraine.

Yevhenia Tymoshenko planned to travel to Berlin on Monday, where she was expected to hold closed-door talks with German Justice Minister Sabine Leutheusser-Schnarrenberger, according to DPA. There had been speculation that Yevhenia Tymoshenko might also meet with Merkel during her visit to Berlin, but on Monday a government spokesman denied that such a meeting would take place.

Tymoshenko is the main political rival of President Yanukovych. Last October, she was sentenced to seven years in prison for abuse of office. The West regards the trial as politically motivated. 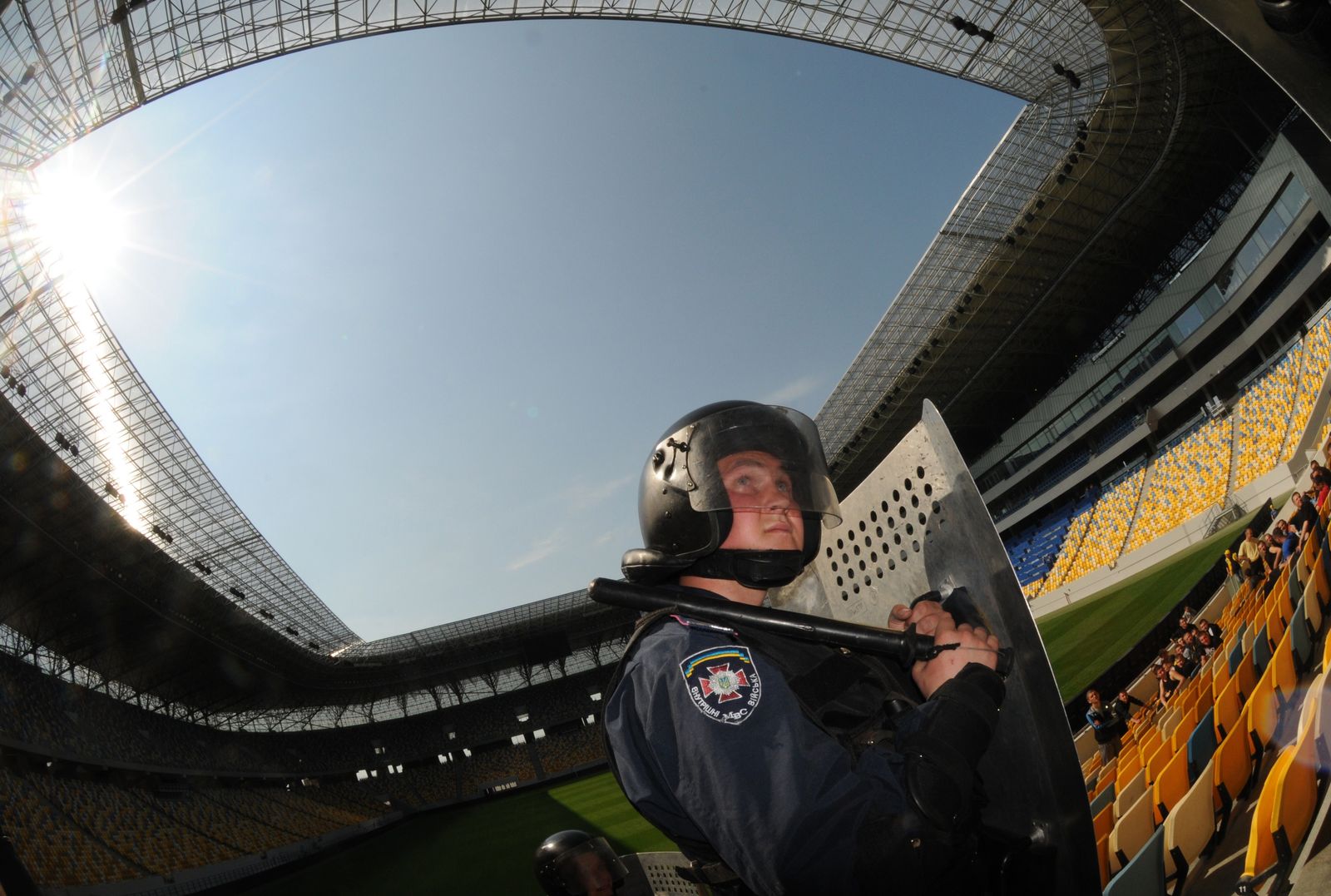 Riot police conduct an exercise at a stadium in Lviv as part of preparations for the upcoming Euro 2012 championship.