Two adjectives best describe the British prime minister in recent days: shrill and loud. Late last month in Brussels, an angry David Cameron vented over the surprise €2.1 billion ($2.62 billion) back payment being demanded by the European Commission. "I am not going to pay that bill on Dec. 1," he fumed to the press. The charge, he said, was "completely unacceptable."

Despite his vehemence, German Chancellor Angela Merkel took Cameron's outburst in stride. To be sure, it cast a shadow over the October EU summit, which reached what Merkel sees as a successful agreement on new climate protection goals. But when it comes to disagreements over money, the EU has always managed to find a solution. A compromise appears even more likely given that the European Commission has a bad conscience for the way it blindsided Cameron with the bill, which represents a recalculation of Britain's dues based on higher-than-expected economic growth. Brussels had only informed lower-level officials in London prior to announcing the payment request.

Merkel was much more worried about a different development. For the first time, according to an assessment by the Chancellery and the Foreign Ministry, Cameron is pushing his country toward a "point of no return" when it comes to European Union membership -- a point at which Germany would cease doing all it can to convince Britain to remain a member of the EU. Were Cameron to continue insisting on an upper limit for immigration from EU member states, Berlin sources said "that would be that." Sources say that Merkel left no doubt about where she stands on the issue during a private meeting with the British prime minister on the sidelines of the recent EU summit. The sources said that the surprise bill from Brussels was hardly mentioned.

'Every Effort to Control Migration'

It seems doubtful that Merkel's message has been sufficiently understood. Just days after he met with the German chancellor, a red-faced Cameron once again addressed the issue of immigration, this time venting his anger in the House of Commons. "The British people know we are making every effort to control migration," he said on Oct. 29 in response to a question from Labour Party leader Edward Miliband.

In the 12 months ending in March 2014, Britain saw net immigration of 243,000 people and Cameron's government has pledged to drastically reduce that figure. But significant restrictions on immigration from non-EU countries could hurt the UK's economy. So Cameron is evidently considering rejecting the immigration of certain groups from within the EU's 27 member states. The plan likely calls for upper limits on the immigration of less prosperous, less educated migrants. And such a plan is one that Merkel finds unacceptable.

In recent years, the chancellor has sought several times to find common ground with the British, most recently on the issue of London's bitter opposition to Jean-Claude Juncker's candidacy as European Commission president. In June, the crisis saw Merkel joining Cameron in Harpsund, Sweden together with the Swedish and Dutch prime ministers. The images of the quartet in a small rowboat were useful as a signal to the rest of the EU that Merkel was not going to leave the British isolated with their demands that Brussels change course in the interest of economic competitiveness. It was also in Merkel's interests to do so.

But demands to establish quotas for EU migration call into question one of the European Union's "four freedoms" -- the free movement of people, goods, services and capital -- that form a significant part of the foundation for European unity. Though Merkel is famous for her willingness to compromise, she is not willing to budge on the issue.

Indeed, as Britain's conservative government is rapidly approaching a red line, it looks from Berlin as though Cameron is neither willing nor able to apply the brakes. Should Cameron move to establish numerical limits on immigration from EU member states, "there will be no going back," say sources in Berlin. First, they say, Cameron's proposal would be torpedoed in Brussels by Germany and several other EU countries and then he would return home and lose the referendum on Britain's exit from the EU.

Cameron, however, seems to have lost all sense of moderation. He has made a series of public pledges regarding the competencies he would like to reclaim from Brussels. In particular, he is focused on the judiciary and domestic policy -- and on parliamentary elections scheduled for next May. Polls show his Conservatives are even with the center-left Labour Party while the anti-EU UKIP party isn't far behind, with between 13 and 19 percent support. An upcoming by-election could see UKIP winning a second lower-house seat in a district that used to belong to the Conservatives.

Last week, members of the Foreign Affairs Committee in German parliament traveled to London for meetings with British lawmakers and government ministers. The atmosphere was cool. Norbert Röttgen, a member of Merkel's Christian Democrats and chair of the committee, expressed surprise about the amount of influence EU opponents now have in Britain. "UKIP dominates political discourse in Great Britain," Röttgen says. "The Conservative strategy of imitating UKIP doesn't seem to be working very well."

Should Cameron continue on his current path despite the resistance, sources in Berlin believe, he will unwittingly fulfill UKIP's greatest desire: Britain's exit from the European Union. 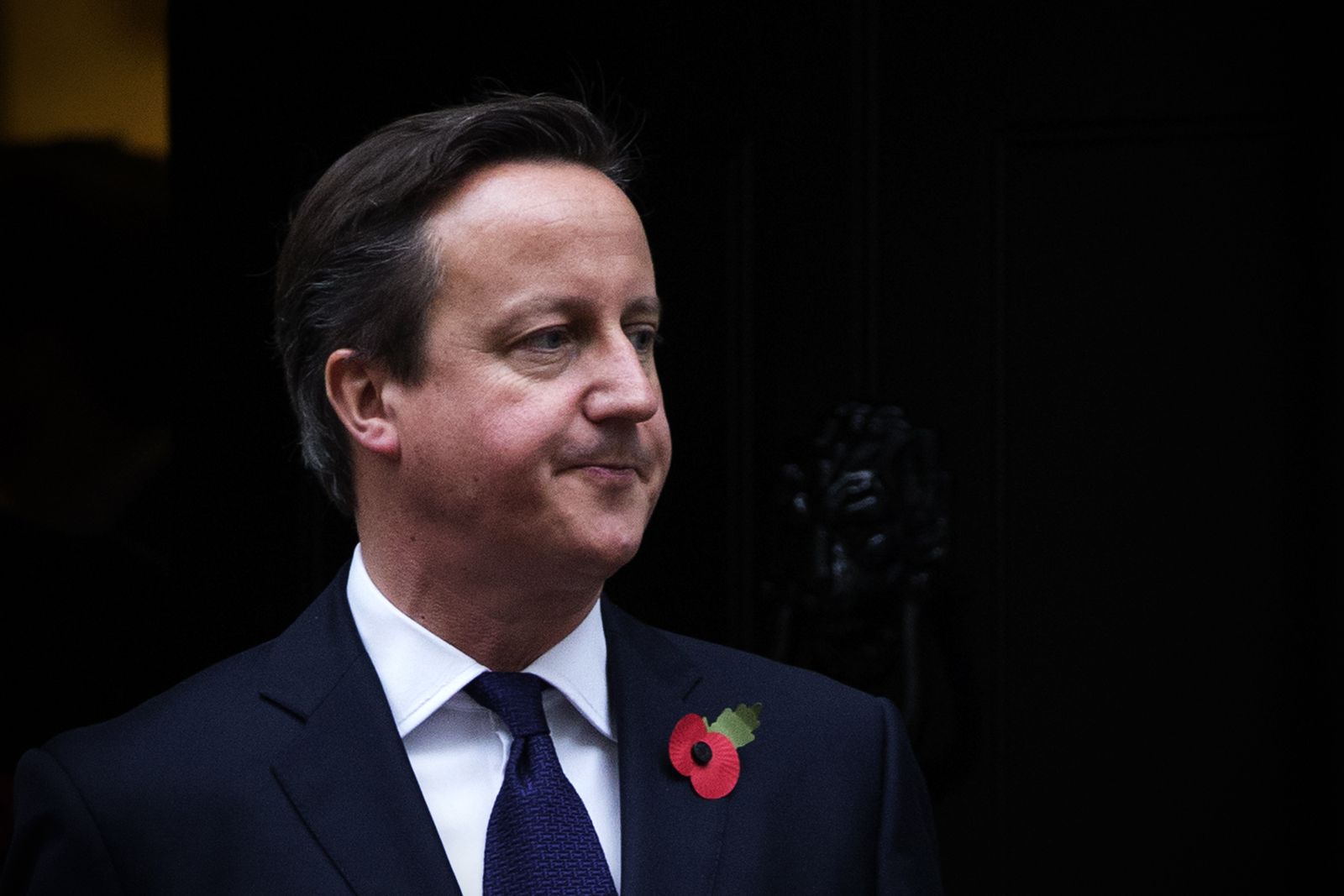