The banners outside the EU Council building in Brussels read "No to the Savings Pact, Yes to Solidarity." Striking Belgian workers gave their verdict on the outcome of the first EU summit of 2012 on Monday: an umistakable thumbs down.

In the conference hall, leaders once again talked austerity, and 25 of the 27 heads of government signed up to the pact for stricter fiscal discipline that Chancellor Angela Merkel has been pushing for. Only Britain and the Czech Republic refused to join.

Merkel called it a "very successful result." She imposed the fiscal pact, which includes binding limits on budget deficits and quasi-automatic sanctions on countries that breach deficit and debt limits, virtually on her own. And she did it in just two months. Progress has been much faster than most observers had expected when the pact was agreed to at the EU summit last December.

But Merkel can't be wholly satisfied. She spent much of the day neutralizing a strategically misguided suggestion from the German Finance Ministry. On Friday, the Financial Times reported that Germany wanted to dispatch an EU budget commissioner to Athens to monitor Greece's fiscal policy. The article referred to an internal ministry paper.

While politicians from Merkel's center-right coalition expressed delight at the idea over the weekend, the Greek government protested at what it called a "sick fantasy" and demanded respect for its national dignity.

On Monday, Athens received virtually unanimous support in Brussels as one leader after another sided with the Greeks.

An austerity commissioner just for Greece was "not acceptable," said Luxembourg Prime Minister Jean-Claude Juncker, the unofficial spokesman of smaller EU countries. Austrian Chancellor Werner Faymann expressed sympathy for the Greeks. "You don't have to insult people in politics," he said.

The protest prompted the German government to adopt a more conciliatory tone. Foreign Minister Guido Westerwelle, speaking from Cairo, said he was unhappy with the tone of the debate, and Merkel tried to calm the waters before the summit began, saying: "I think we're having a discussion that we shouldn't be having."

At a news conference after the summit, she said the October EU meeting had already decided to monitor the Greek reform program and that Greek experts would be involved in the process.

The debate overshadowed the summit. Merkel had wanted the meeting to send out a different, more positive message about a commitment to create growth and jobs in the EU. But the notion of an austerity commissioner for Athens has renewed fears that Germany is trying to stamp its authority on the rest of Europe. Once again, old prejudices have been reawakened, and Germany's international reputation is suffering.

Worse still, the debate is unlikely to help see the newly-adopted fiscal pact through the parliaments of the 25 states who have signed up, because the ratification is facing some major hurdles.

In France, ratification will not happen before the presidential election in April -- and Socialist candidate Francois Hollande has already declared that he would not introduce a debt brake. Even if incumbent Nicolas Sarkozy wins re-election, he would need the support of the Socialists. In Italy and Greece, government leaders do not have their own power base in parliament, while Ireland may have to put it to a referendum.

How big the reservations over the fiscal pact are in some places was highlighted on Monday by the refusal of the Czech Republic alongside the UK to sign the agreement -- out of constitutional concerns, it was said in Brussels.

Still, the remaining 25 EU countries have agreed to introduce virtually automatic legal proceedings in the European Court of Justice (ECJ) against those breaking budget rules, a provision Berlin had been particularly eager to see implemented. In the future, should the European Commission find that a government has committed a breach of the rules, the country will automatically find itself up in front of the ECJ.

By the next EU summit at the beginning of March, the 25 states want to settle on a model for achieving this: It is conceivable that the serving European Council president, or the previous three, would be responsible for the proceedings, Merkel said. She wants this model to overturn the informal non-aggression pact currently in force between governments.

It was a peculiar summit, however, particularly because the most urgent issue was completely ignored. The heads of state and government had virtually nothing to say on the issue of further financial aid to Greece. The report from Greek Prime Minister Lucas Papademos was dealt with "just very briefly," said Merkel. The EU leaders agreed, she said, that the second Greece package should be completed as quickly as possible.

First, however, the Greek government must conclude negotiations with private creditors on debt cuts. In addition, the latest situation report from the troika, made up of the European Central Bank (ECB), the European Commission and the International Monetary Fund (IMF), was still not available. Without these two things, the leaders argued, the basis for calculating the additional financial needs of Greece was lacking.

But as soon as the numbers become available, quick action is needed. Rumors of an emergency euro summit were making the rounds in Brussels. And another controversial issue is still waiting in the wings: No one talked about increasing the European Stability Mechanism (ESM), the permanent euro rescue fund, Merkel said. And she wants it to remain that way until March. Only then will EU leaders review the current ceiling of €500 billion ($660 billion). 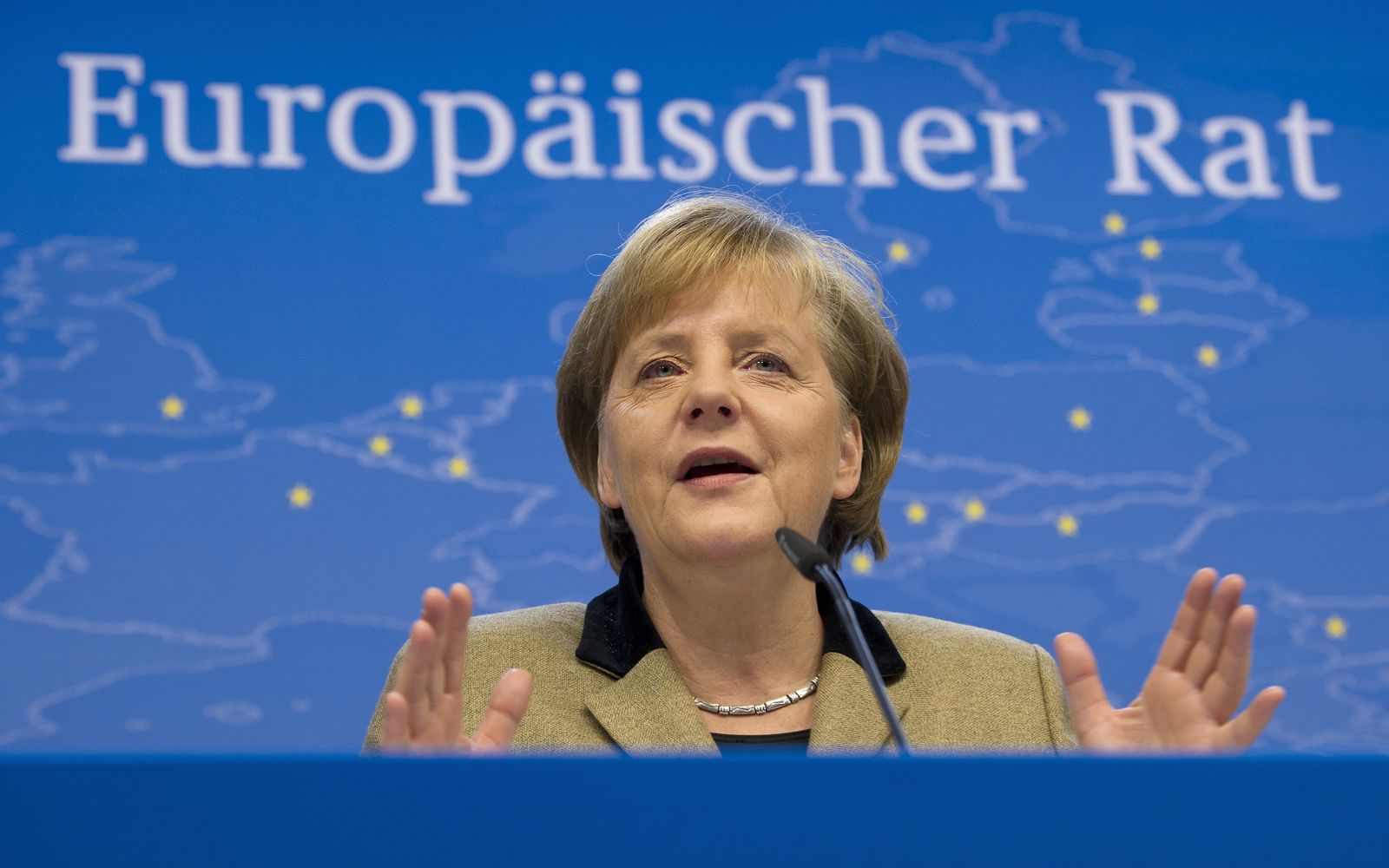 Chancellor Angela Merkel got her way in Brussels.