German Chancellor Angela Merkel rarely sees these kinds of negative headlines when returning from European Union summits. During her over six years as the head of Germany's government, she has usually been able to put a positive spin on even unpopular compromises.

But at the most recent emergency gathering of European heads of state and government, which was held in Brussels and lasted until the wee hours of Friday morning, she had a hard time doing exactly that. Reactions back home were devastating, and there were even calls for pushing back key parliamentary votes on the permanent euro bailout fund, known as the European Stability Mechanism (ESM), as well as Merkel's fiscal pact scheduled for Friday evening. In fact, the vehemence of the attacks seems to have taken even Merkel's advisers by surprise.

Merkel launched her counterattack on Friday afternoon. In a post-summit press conference, she said one first has to sort things out after such a long night, and she tried to counter the impression that she had been out-maneuvered by Italian Prime Minister Mario Monti and Spanish Prime Minister Mariano Rajoy.

Merkel underscored that she had pressed to make sure that the rules of the ESM were adhered to. She said she had successfully defended the ESM's preferred creditor status and that only a single exception would be made, for Spain. Likewise, she noted that, if at all, the ESM would only provide direct assistance to private banks after a long process of setting up a banking supervision mechanism, and that Germany would have several opportunities to exercise its veto during this process.

Yet Another Broken Taboo

Though they were worth a shot, Merkel's efforts to reframe the debate came too late. The impression that she had stumbled in Brussels yet again had already had too much time to sink in. With her concessions to allow for a relaxation of the ESM's loans-only-for-oversight conditions and allowing the bailout fund to potentially provide direct aid to banks, Merkel has led the euro zone one more step along the path toward a pooling of debt, an IOU-nion.

This is not the first time that Merkel has surrendered what had been repeatedly heralded as Germany's final line in the sand. Every step of the campaign to rescue the euro over the last two years has gone from being a taboo to a done-deal that triggers massive public outrage. Indeed, one could even go further and say that the entire history of European integration has been a series of broken taboos.

What's more, in this game of high-stakes negotiations lasting until 4 o'clock in the morning, Merkel was also holding what were simply bad cards. She urgently needed her counterparts to agree to the growth pact if she was to have any chance of having Germany's parliament, the Bundestag, approve her fiscal pact in a vote scheduled for Friday evening. Time was short, and she needed an agreement. Knowing this, Monti laid his dagger on her chest.

Once known, the decisions ignited a pyrotechnic display on the financial markets. Investors were thrilled that the intractable Germans had finally yielded some ground. At least for now, Monti's calculation has paid off: The pressure on Italian and Spanish sovereign bonds has slackened.

However, when it comes to whether the ESM will be able to provide direct assistance to private banks, at least on paper, Merkel has left one door open. Granted, the basic parameters have already been set. But the ESM will only be allowed to lend to private banks once a European banking supervision mechanism has been put into place -- and that could take a long time. There are still "difficult negotiations" ahead, Merkel said, adding that this "will not be resolved in 10 days." Given this situation, reports about how such measures could immediately help Spanish banks are incorrect.

The Long Road Ahead

First, the European Commission and the European Central Bank (ECB) have to work out a concrete proposal for such a supervisory mechanism. Among other things, they have to decide whether the new organization will be part of the ECB or independent. Then the heads of the 17 euro-zone countries will have to approve it, which is supposed to happen by the end of this year. If the German government believes that the new organization doesn't have sufficient powers of oversight, it can put the kibosh on the plans.

Germany will maintain an additional veto right even after the supervisory agency has been established. Each time direct aid for a bank is requested, the German government and the Bundestag can say no. Merkel pointed this out in Brussels in order to counter criticism that she gave in. She added that, under these conditions, the bank aid was not a short-term measure to push down the high interest rates on Spanish sovereign bonds but, rather, a "medium-term measure."

The only immediate help for Spain is the agreed to waiver of the ESM's preferred creditor status (solely for that country), which gives the euro-zone countries no advantages over Spain's other creditors. Since all creditors will bear an equal share in the losses if Spain defaults on its loans, this makes Spanish bonds less risky for private investors.

On the whole, the summit was a victory for the southern European countries. The summit's decisions will reduce the IMF's influence in Europe and give the European Commission a leading role in supervising reform efforts. One thing is clear: IMF officials will not seize control in Rome or Madrid. Since the beginning of the euro crisis, this possibility has been a thorn in the side of Mediterranean countries. Merkel, on the other hand, always wanted IMF participation because she doesn't believe that EU monitors will be as ruthless.

A frosty reception is awaiting her in Berlin, where the parliamentary vote is anxiously awaited. 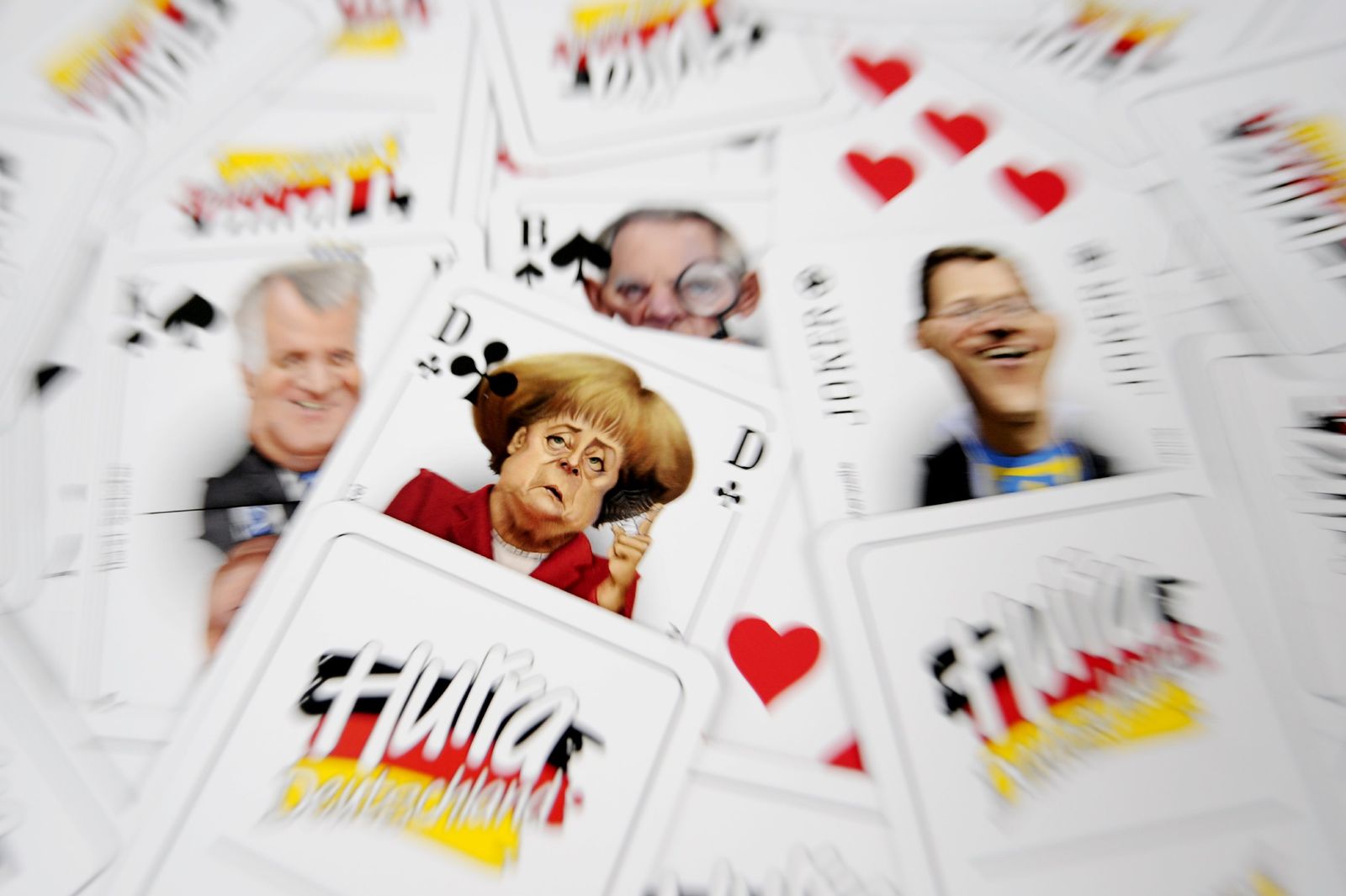 German Chancellor Angela Merkel has left herself plenty of outs despite her concessions.