Chancellor Angela Merkel's Wednesday evening could hardly have been more relaxing. She made the short jaunt from Berlin to the Polish city of Gdansk, where Germany's national team has taken up lodgings ahead of the European Football Championship, set to kick off on Friday. After being shown around by team captain Philipp Lahm, she stayed for dinner.

"During my visit, I felt a wonderful team spirit and a lot of cohesion," Merkel said. "I wish them success and the necessary quantum of luck."

With her attention now turned back to the crisis currently threatening the very existence of Europe's common currency, however, Thursday promises to be more difficult. Merkel's day includes talks with British Prime Minister David Cameron as well as a joint afternoon appearance before university students in Berlin together with Cameron and Norwegian Prime Minister Jens Stoltenberg -- just two days after Cameron joined US President Barack Obama in demanding immediate action to resolve the euro-zone crisis.

During a Wednesday evening visit to Oslo, Cameron repeated the message. "Speed is of the essence," he said. "Clearly the euro-zone crisis is the biggest threat to the world economy today."

Giving Up Powers to Europe

Merkel, for her part, laid out her talking points early on Thursday in an interview on German public television station ARD. Ahead of a crucial European Union summit at the end of the month, Merkel once again emphasized the need for "more Europe," saying "we don't just need a currency union, but we also need a so-called fiscal union -- meaning more joint budgetary policies."

Most of all, though, she said that a political union was necessary. "That means that we must, step by step through the process, give up more powers to Europe as well and allow Europe oversight possibilities," she said.

Merkel's comments come as European -- and world -- leaders are focused on the ongoing problems in Spain, where a banking industry in crisis has many wondering whether Spain will be forced to take on emergency aid from the euro-zone bailout fund. Madrid has so far resisted such a move out of concern that it could further unsettle investors. But with the country's borrowing costs creeping steadily skyward -- despite a successful auction of 10-year debt on Thursday -- several leaders have already urged them to reconsider their strategy. Experts believe that Spain may need to inject between €75 billion and €100 billion into its teetering financial industry, struggling under the load of billions in bad real estate loans made before the bubble burst in 2009.

Greece, too, remains a major concern, with voters in the country heading to the polls on June 17 for crucial general elections. Should the leftist Syriza party win, as surveys suggest it might, there is a chance that Athens could seek to move away from the tight austerity demanded by the EU and trigger a suspension of European aid payments. The prospect of a Greek exit from the euro zone has many investors extremely wary.

Yet even as Cameron and US President Obama are clamoring for a quick solution, Merkel has already begun trying to lower expectations ahead of the late-June summit. While she has lent her support for the idea of a banking union -- which would increase European oversight of systemically important banks as a step on the path toward providing direct EU aid to banks -- Merkel said on Thursday morning that expectations of a complete plan to emerge at the late June summit are likely to be disappointed.

"I don't think that there is a single summit at which the big design will appear," she said on ARD. "But what we have been doing for some time and where a working plan will certainly be presented … is that we say we need more Europe."

Whether Cameron and Merkel will be able to find common ground remains to be seen. Their joint appearance in Berlin can be viewed live here. 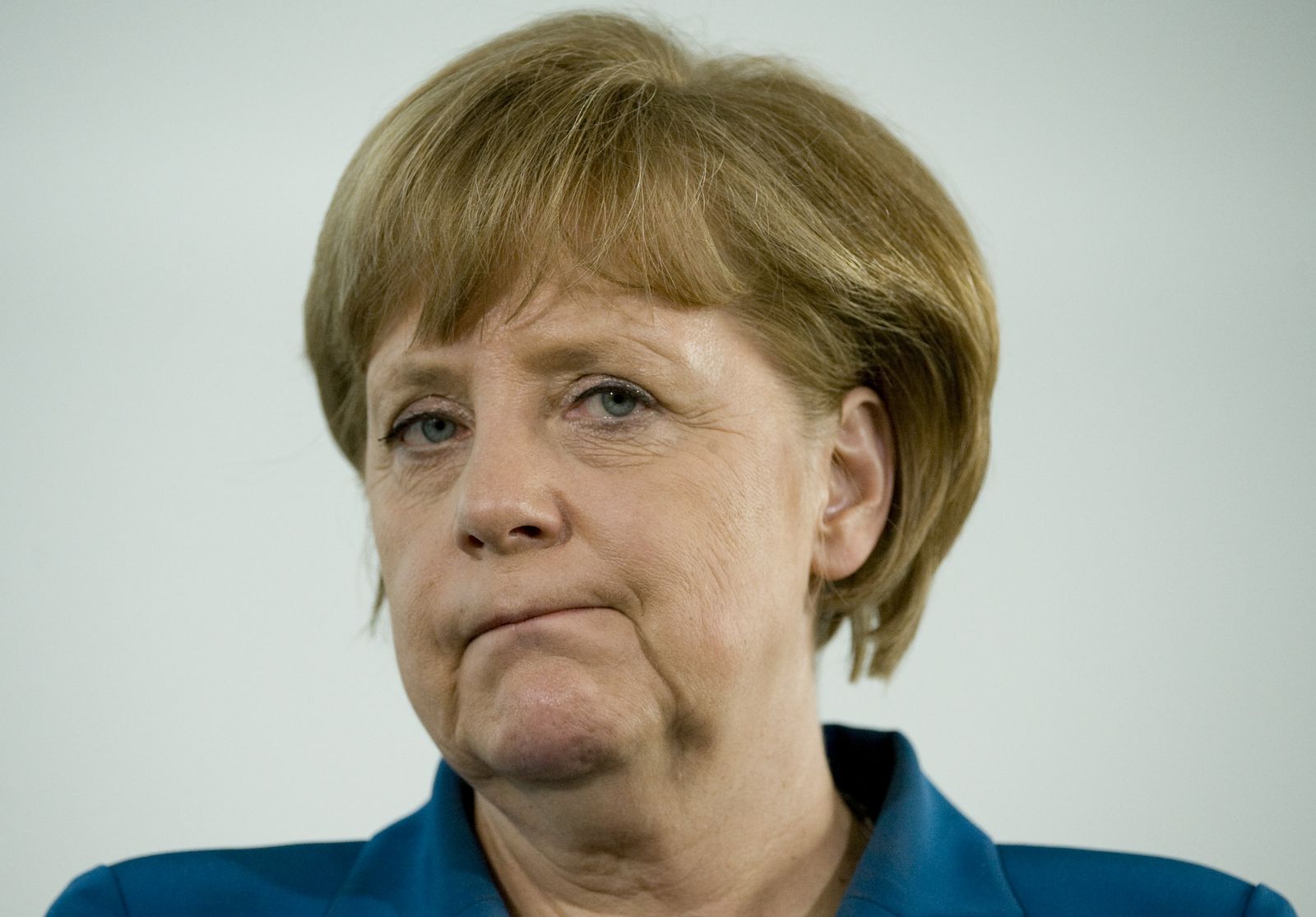 Chancellor Angela Merkel: "That means that we must, step by step through the process, give up more powers to Europe."