Germany is pushing for a new treaty governing the construction of the European Union, and it is calling for a convention to draft the pact to be convened before the end of the year. The treaty would pave the way for deeper European integration and would create a new legal foundation for the bloc. Chancellor Angela Merkel's European Union policy adviser, Nikolaus Meyer-Landrut, has expressed this desire in discussions with high-level EU officials in Brussels, SPIEGEL has learned.

A date for the beginning of the convention is expected to be fixed at an EU summit in December. Merkel has been pushing for some time now to complement the recently approved fiscal pact, which harmonizes budget policies within 25 of the EU's 27 countries, with a political union. Germany would like to see, for example, a legal basis that would give the European Court of Justice the jurisdiction to monitor the budgets of member states and to punish deficit offenders.

So far, though, the German proposal has found few supporters in the other EU member states. During a meeting of the so-called Future Group, an informal gathering of 10 foreign ministers from EU countries, the majority opposed a call by German Foreign Minister Guido Westerwelle for a new treaty convention. Other countries, including Ireland, do not want to take the risk of a national referendum, which a new EU treaty would entail in some member states. Poland, a close partner of Berlin, also believes there is currently little chance of finding a compromise among the 27 member states.

When Merkel previously brought up the subject during a December EU summit meeting, many people reacted with indignation. Initially, the other EU countries were unwilling to go along with the calls from Merkel and then-French President Nicolas Sarkozy for automatic sanctions for repeat offenders of budget rules. In the end, the Germans and French found a common position, saying they would push forward with a new EU treaty -- either with the entire bloc or with the 17 members of the euro zone if other countries were unwilling to go along with it. 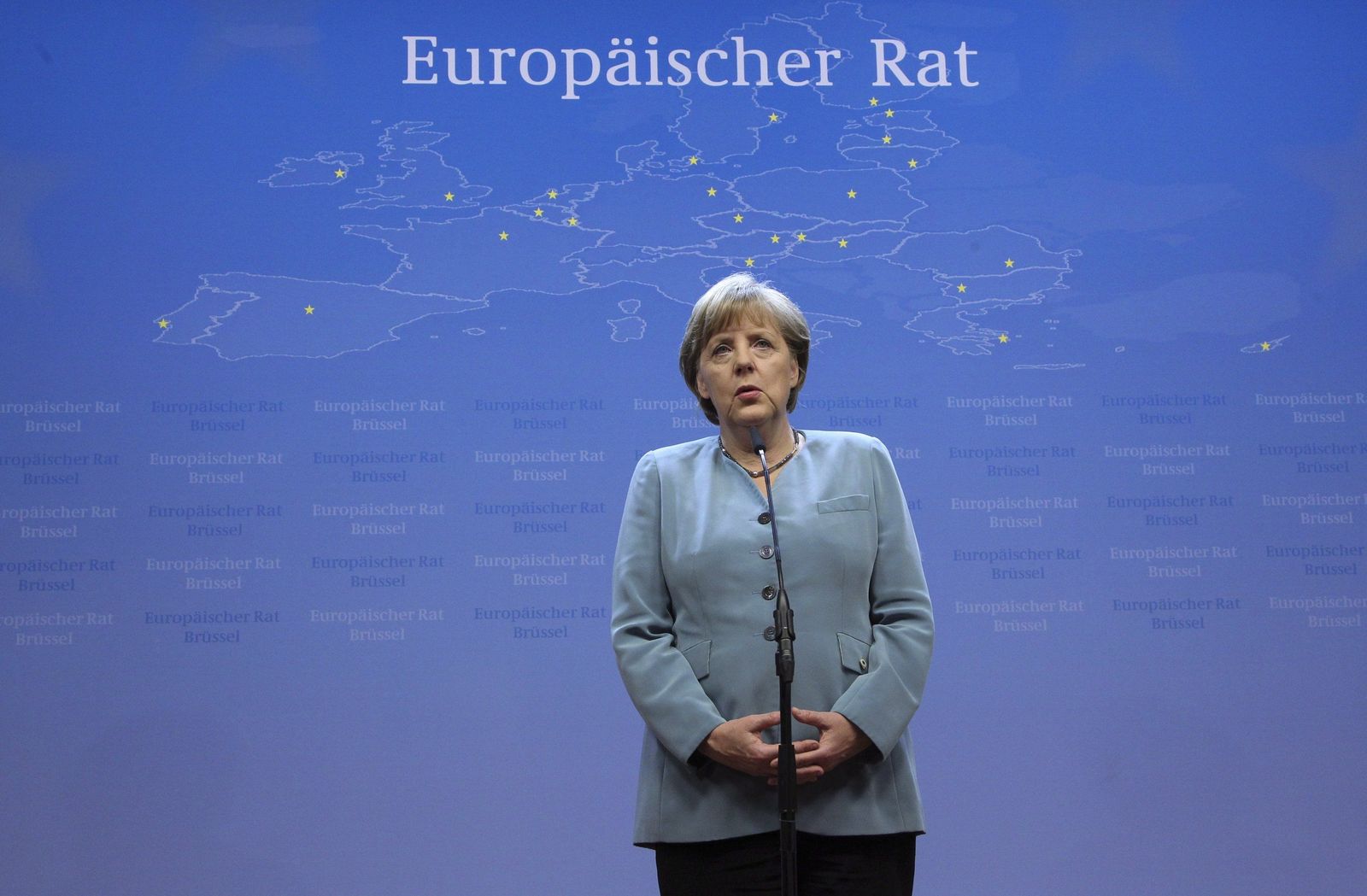 Angela Merkel at a recent EU summit in Brussels: The German chancellor is pushing for a new treaty for deeper European integration.