On Thursday, Turkish President Recep Tayyip Erdogan was standing on a stage in Ankara raging against the European Union. "Since when are you controlling Turkey?" he demanded. "Who gave you the order?" He then accused Brussels of dividing his country. "Do you think we don't know that?" It sounded as though he was laying the groundwork for a break with Europe.

Erdogan's fit of rage is only the most recent escalation in the conflict over German Chancellor Angela Merkel's refugee deal with Turkey. Thus far, officials in Berlin have been dismissing the Turkish president's tirades as mere theater. "Erdogan is following the Seehofer playbook," says one Chancellery official, a reference to the outspoken governor of Bavaria who has been extremely critical of Merkel's refugee policies.

But things aren't looking good for the deal, which the chancellor has declared as the only proper way to solve the refugee crisis. Indeed, Merkel's greatest foreign policy project is on the verge of collapsing.

But she could be mistaken. After all, no one aside from the German chancellor appears to have much interest in the agreement anymore. Erdogan certainly doesn't: He does not want to make any concessions on his country's expansive anti-terror laws, the reform of which is one of a long list of conditions Turkey must meet before the EU will grant visa freedoms. The Europeans at large, wary of selling out their values to the autocrat in Ankara, are also deeply skeptical. And in Germany, Merkel's junior coalition partners, the center-left Social Democrats (SPD), have seized on the deal as a way to finally score some much needed political points against the powerful chancellor. Even within Merkel's own conservatives, many are seeing the troubles the deal is facing as an opportunity to break with the chancellor's disliked refugee policies.

The SPD, which has thus far supported Merkel and consistently argued that Turkey's path into the EU should be kept open, is now increasingly turning its back on the chancellor. At a joint breakfast attended by SPD government ministers on Wednesday morning at the Economics Ministry, one of those present made a plea for a more aggressive position when it comes to Turkey and the chancellor. "It's Merkel's thing and it has to remain her thing."

'Our Credibility Is At Stake'

Thomas Oppermann, floor leader for the SPD in the German parliament, the Bundestag, agrees: "We must demand from Angela Merkel that the conditions are implemented and we should avoid an overly submissive approach to Erdogan," he says. SPD head Sigmar Gabriel is uninterested in an open conflict with the chancellor, but he has certainly registered that Merkel's dealings with Erdogan have not been particularly well received by German voters.

The SPD's skepticism initially became apparent during the April scandal surrounding the insulting poem broadcast by comedian Jan Böhmermann on German public television. The poem was deeply disrespectful of Erdogan, which led the Turkish president to file a legal complaint against Böhmermann under an anachronistic German law that forbids the insulting of foreign dignitaries. Complaints filed under the law require the approval of the chancellor to go ahead, and Merkel -- controversially -- gave the green light. The mood in the SPD has turned against Erdogan as a consequence of the pressure he has exerted against media outlets and journalists in Turkey as well as his fight against the Kurds and the human rights violations that have taken place in Turkey. SPD members of parliament have been particularly outspoken. "Our credibility is at stake," says Niels Annen, the SPD expert for foreign policy issues in parliament. "Compromises are fine, but we will not sacrifice our credibility."

Members of Merkel's own party have also been using tough rhetoric. Interior Minister Thomas de Maizière, of the CDU, received enthusiastic applause at a meeting of his party's parliamentarians when he demanded that no concessions be made on the issue of visa freedoms for Turkey. And on the floor of the Bundestag, a conservative parliamentarian read out the controversial Böhmermann poem in its entirety -- a further provocation directed at the Turkish president.

Horst Seehofer, head of the Christian Social Union (CSU), the Bavarian sister party to the CDU, is also taking advantage of Merkel's precarious position. "I was always skeptical as to whether the deal would work," he says. "The most recent developments have not served to reduce that skepticism." The situation, he adds, "is becoming extreme."

In the European Parliament, which must approve the lifting of visa requirements for Turkish citizens, delegates don't want to even consider the issue until Ankara fulfills all 72 of the conditions laid out by the EU -- including the change to Turkey's controversial anti-terror laws. "The European Parliament will insist on adherence to these requirements. That also applies to the anti-terror laws," says Parliament President Martin Schultz, a member of Germany's SPD party. And Manfred Weber of the CSU, who is floor leader of the center-right European People's Party, has threatened to lift Turkey's privileged access to the European market and the simplified visa application process available to Turkish businesspeople. "These things are not automatic. If President Erdogan continues to threaten us and bombard us with insults, then we'll find ourselves at a dead-end," says Weber. "Europe is not dependent on Turkey."

Erdogan's priority is securing his power domestically and his calculation is a simple one: He believes that reforming the terror laws as demanded by the EU would hurt him more than a potential failure of the visa-freedom deal. The country sees itself under threat from terror to a greater degree than ever before. In just the last half year, Turkey has suffered four large attacks in Istanbul and Ankara, resulting in several dozen deaths. In the southeastern part of the country, hardly a week goes by without an attack by the banned Kurdish Workers' Party (PKK). Islamic State has likewise stepped up its attacks on Turkey. Some 70 rockets have hit the city of Kilis, located on the Turkish-Syrian border, since January, killing at least 21 people.

Erdogan cannot afford to appear weak in the fight against terror. "For you, it's the refugees, for us, it's terror," says one official in Ankara. The belief is that counterterrorism policy is more important to the Turkish population than visa freedoms -- which explains why Erdogan is prepared to allow the refugee deal to fail should Brussels remain firm.

Furthermore, the Turkish president believes he has more negotiating leverage. Ankara has closely followed the European debate over refugee policy and the rise of right-wing populist parties in recent months. The president, say sources close to him, is convinced that the EU will ultimately back down and grant visa freedoms to the Turks. But if Europe does remain steadfast, says Elif Özmenek Çarmikli of the Ankara-based think tank International Strategic Research Organization, the question is when, not if, Turkey will revoke the refugee deal. To do so, Erdogan wouldn't even have to put the migrants in buses and drive them to the border, as he threatened in a conversation with European Commission President Jean-Claude Juncker last autumn. It would likely be enough were the Turkish police and military to cease patrolling the Turkish west coast and were Turkey to stop taking refugees back from Greece.

On Wednesday, Turkey's EU Affairs Minister Volkan Bozkir went on a goodwill tour in Strasbourg, visiting with important European parliamentarians like Martin Schulz, Manfred Weber and Elmar Brok, but the atmosphere was cool. At Erdogan's behest, Bozkir made it clear just how delicate a change to the anti-terror laws is in Turkey. But in Brussels, many believe the laws also provide Erdogan the tools he needs to take action against disagreeable critics. Several journalists, opposition politicians and activists have been arrested as suspected terrorists under provisions of the law. And for the EU, this is the decisive point. But the European Commission is fully aware how high the hurdle is for Turkey. "The demand targets the DNA of Erdogan's system," says one Commission source.

The most recent proposal to resolve the conflict has come from Ankara and calls for extricating the issue of Turkish anti-terror laws from the visa freedom debate and making the issue a part of Turkey's EU accession negotiations instead. The suggestion has received some support from within the European Commission, but Parliament President Schulz immediately rejected it.

Currently, officials are looking into whether the results hoped for from a change to Turkey's anti-terror laws -- the protection of Kurds, opposition parliamentarians and journalists -- can be achieved in a different way. If they can, that would be a path worthy of discussion, say EU diplomats.

EU negotiators are paying particularly close attention to a constitutional amendment that the Turkish parliament intends to pass next week. The change would make it possible to lift the parliamentary immunity enjoyed by Turkish lawmakers and it is feared that such a change could disproportionately affect Kurdish parliamentarians. "Were that to come, it would have the flavor of a coup d'état," says a Brussels source.

The tone between Ankara and Berlin is likely to worsen even further on June 2, when the German parliament intends to pass a resolution commemorating the 1915 genocide carried out by Turkey on the Armenians. Out of consideration for the sensitive negotiations with the government in Ankara, coalition parliamentarians opted not to pursue such a resolution last year. But now, with Erdogan not showing much interest in de-escalation, Merkel's conservatives along with the SPD want to pass the bill in three weeks' time. The draft resolution speaks clearly of "genocide" and of "planned expulsion and destruction." Germany's Foreign Ministry is certain that Ankara will summon the German ambassador to Turkey on the same day the resolution is passed.

Just how bad things are looking for the treaty can be seen in the fact that both sides are preparing for its failure. Erdogan would construe it as a European conspiracy against Turkey and his confidants are already fanning the flames of anti-European sentiment. Erdogan adviser Yigit Bulut says he never actually believed that the treaty with the EU would work.

On the other side, the European Commission says that, if Turkey ceases patrolling its coastline and the number of refugees crossing the Aegean increases as a result, the hotspots on the Greek islands are ready. Because the Macedonian border would likely remain sealed, Greece would then become a gigantic refugee camp. Additional funding and assistance for the Greek administration are on standby for such an eventuality. Rejected asylum-seekers would then have to be flown home from Greece, but doing so would require repatriation deals with the source countries, and such deals currently exist only with some of them. Syrian refugees, of whom some 2 million are currently living in Turkey, couldn't be sent back to their war-torn country anyway. They would remain in the EU.

A failure of the deal would seriously damage Europe's relations with Turkey for years to come and could result in a return of the refugee crisis. But the consequences would be significant for Merkel as well. It would mark the largest and most significant failure of her time in office in an area that has long been seen as her greatest strength: foreign policy.

The opposition in Turkey is also concerned about the deal's potential failure, even if the introduction of visa freedoms would be a feather in Erdogan's cap. The EU's reputation and influence have suffered tremendously in Turkey in recent years, says Kemal Kilicdaroglu, head of the center-left Republican People's Party (CHP). During meetings with German Foreign Minister Frank-Walter Steinmeier and SPD head Sigmar Gabriel this week in Berlin, the Turkish opposition leader warned against the EU putting too much pressure on Turkey. "That doesn't help us," he says. Europe should show flexibility on the visa question, he adds, which could help the EU win back the support of the Turkish population. 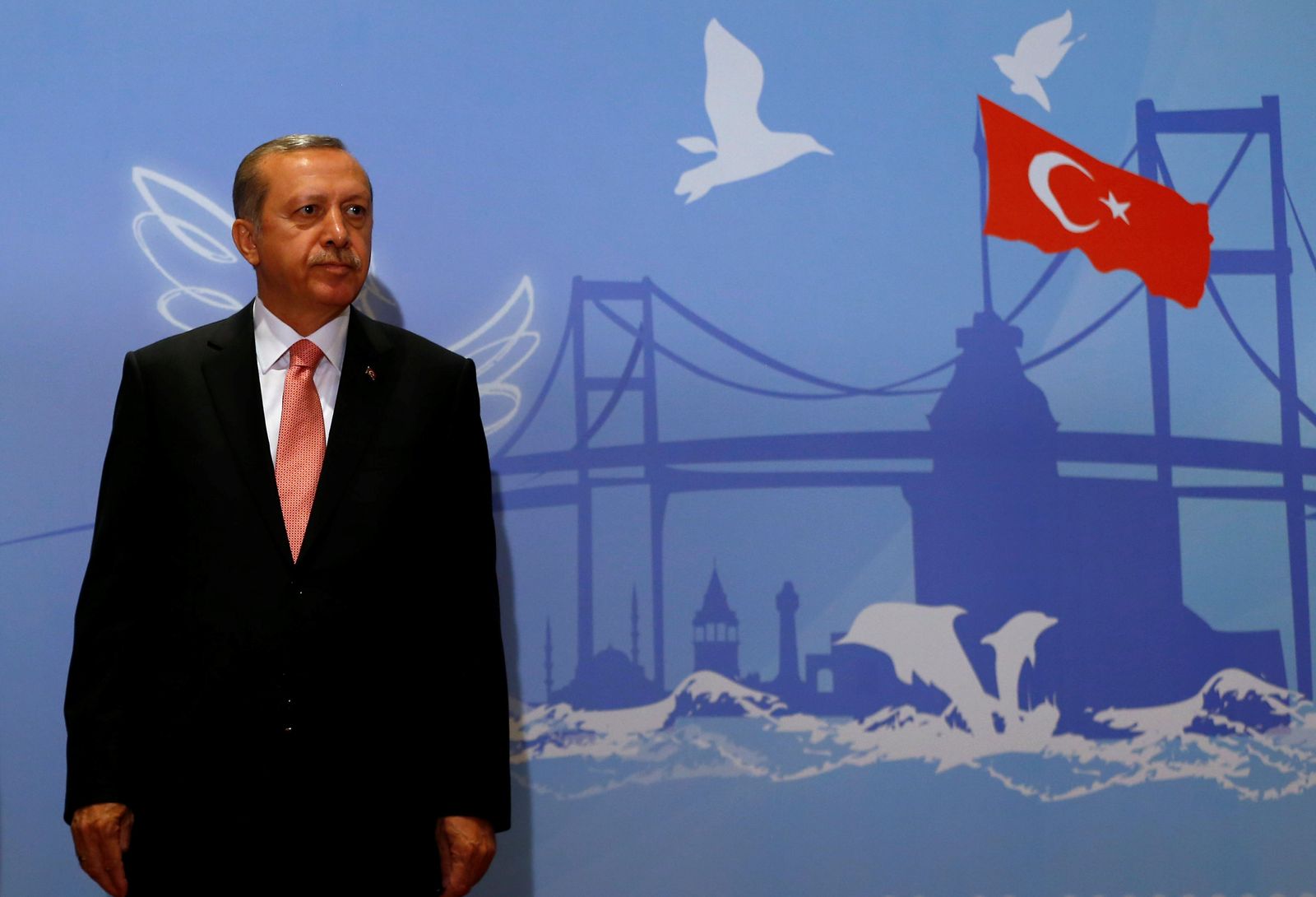 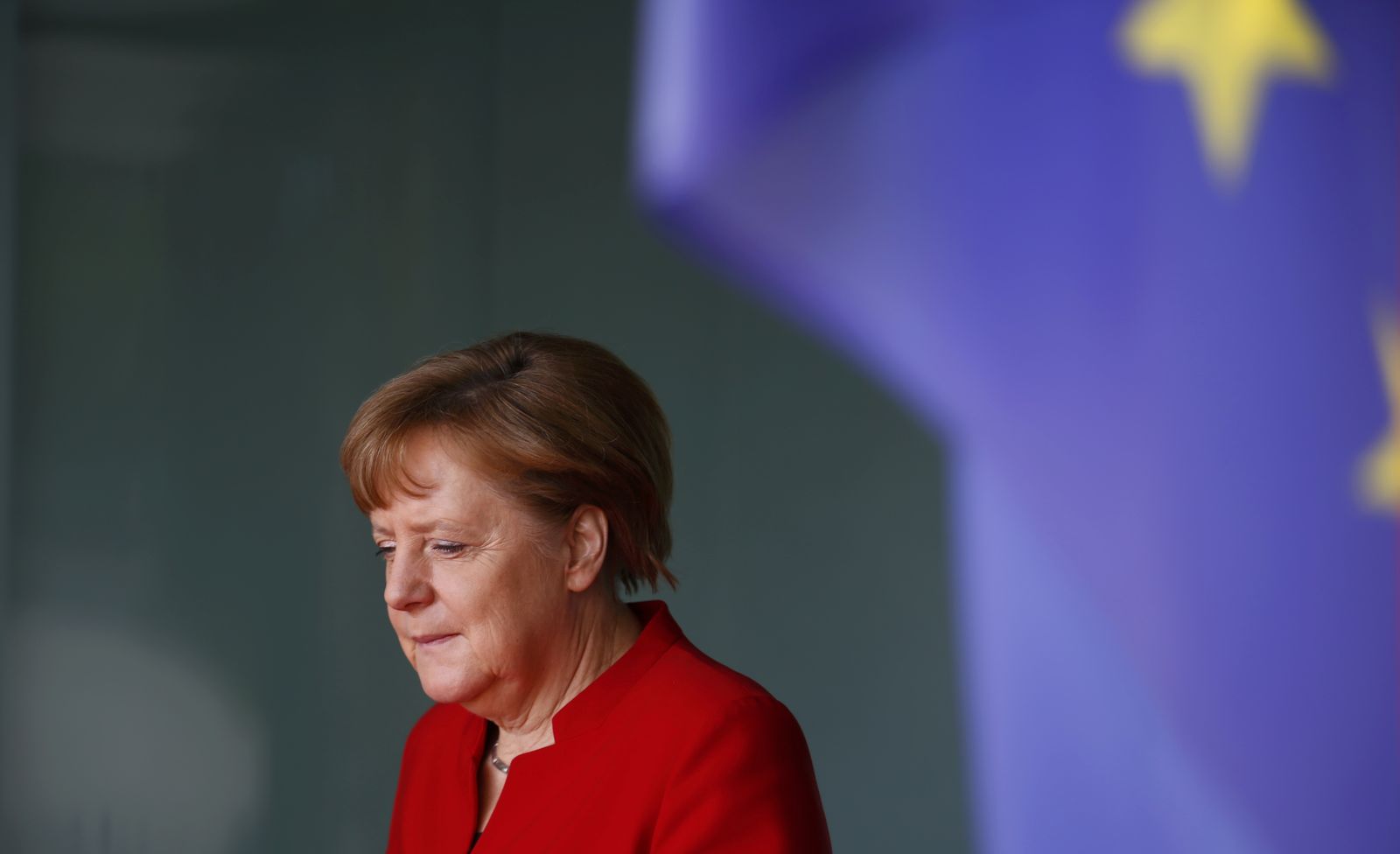 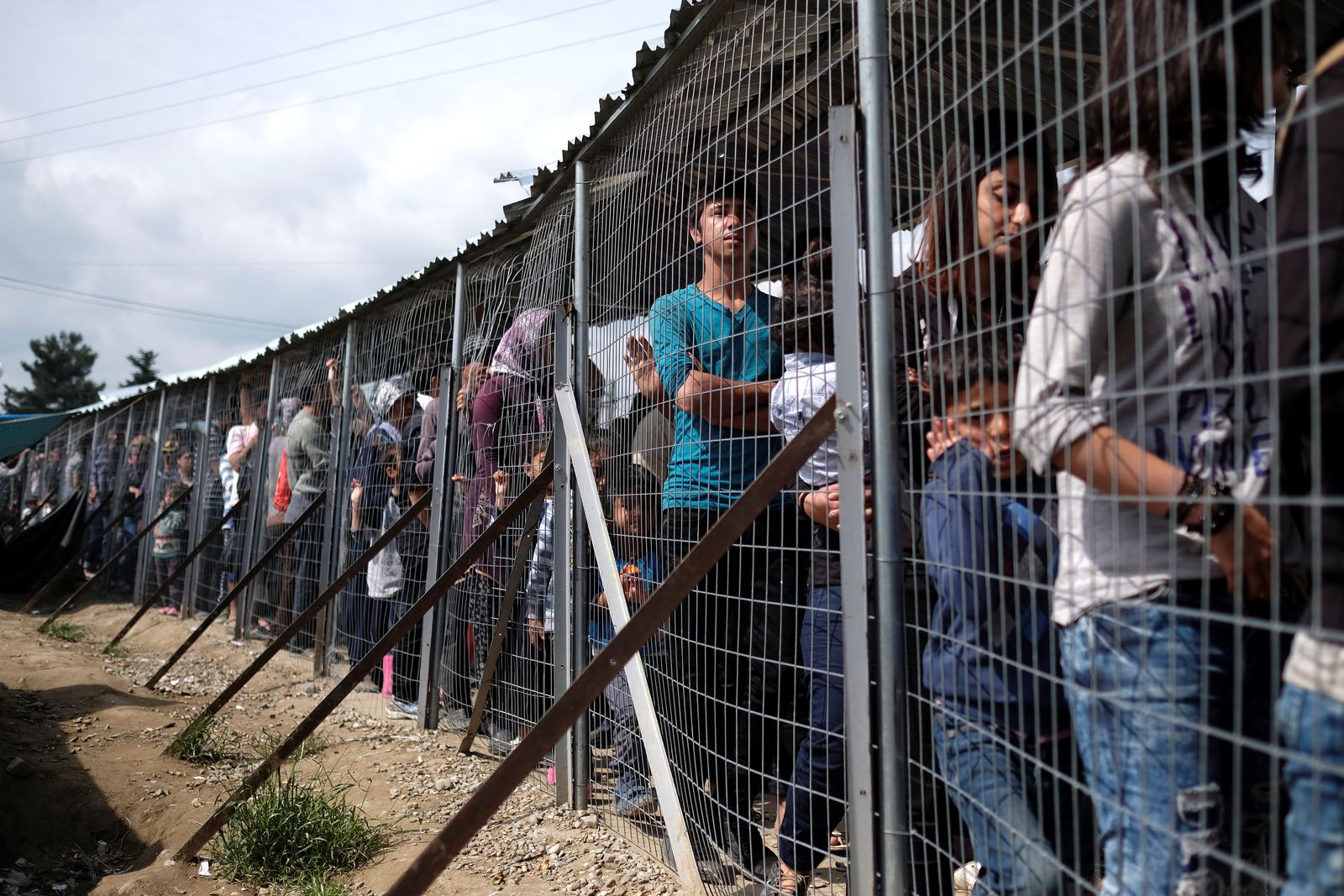