German Chancellor Angela Merkel on Sunday dismissed accusations that she had caved in to her European Union partners at the last summit and insisted that the question of liability in future bank bailouts had not yet been decided.

Merkel, who faces a parliamentary vote on Thursday on whether ailing Spanish banks should receive up to €100 billion in aid, told ZDF television in an interview: "According to the rules, the Spanish government is naturally liable for the Spanish program." She added that concerning future bailouts, "We have not adopted any final positions on this yet."

Critics in Germany, including in Merkel's own center-right coalition, say national governments should be liable for emergency loans provided to banks in their countries. Otherwise, they argue, German taxpayers will face higher risks.

Merkel denied she had been pushed into making concessions at the June 28-29 summit, saying: "That is not my view of events."

At the summit, she agreed to let the EU's permanent rescue fund, the European Stability Mechanism (ESM), intervene on bond markets to shore up troubled states and to inject aid directly into stricken banks starting next year.

The deal led to speculation that the balance of power in the EU is shifting away from Germany and towards a loose alliance of southern European states that have lost faith in Merkel's strict focus on austerity as a way to solve the debt crisis.

'We Always Get the Majority We Need'

Merkel's center-right coalition is widely expected to win Thursday's vote on the Spanish bailout after the main opposition Social Democrats said they would back it.

But Merkel evidently expects resistance from some lawmakers inside her own government coalition. She sought to lower the bar for Thursday's vote by saying she wasn't aiming to get the symbolically important so-called "chancellor majority," which would require at least 311 of her coalition's 330 MPs to back it in the 620-seat federal parliament, the Bundestag.

"We always get the majority we need," she said.

Merkel evaded the question of whether Greece may have to leave the euro zone, saying she would wait for the report from inspectors from the troika, comprised of representatives of the European Commission, the European Central Bank and the International Monetrary Fund, on whether Greece was making the required progress on reforms it agreed in return for receiving aid. 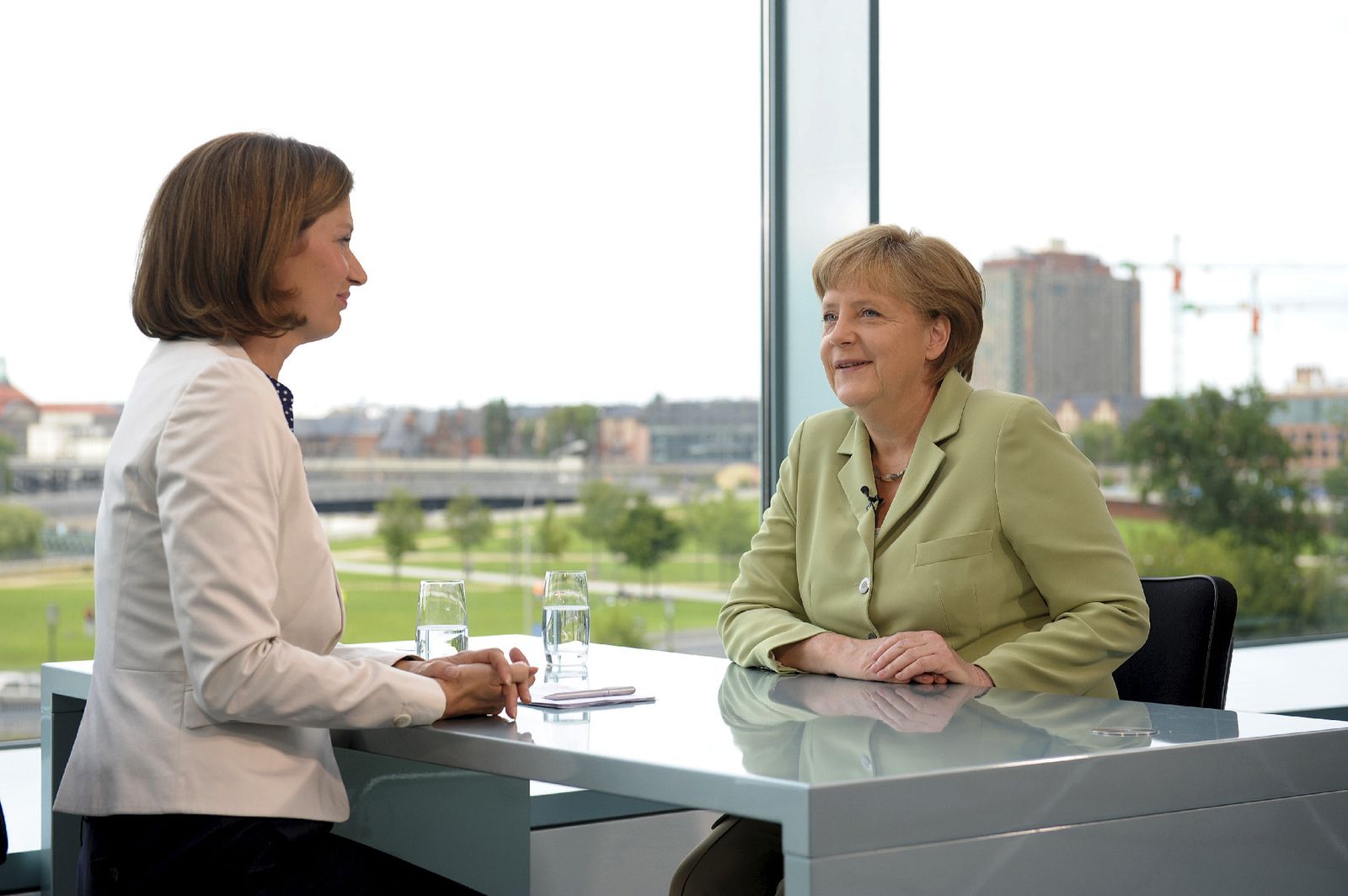 Merkel (R) during her interview with ZDF journalist Bettina Schausen on Sunday.