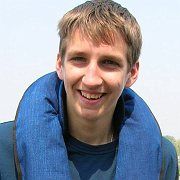 Once a week, letters emerge noisily from the fax machine in the home of 17-year-old high school student Marco Weiss's parents in Uelzen, the German state of Lower Saxony region. They testify to desperation: "I dream about being with you, and suddenly you're gone forever. I don't know how to live through this. I want to finally get out of here," the letters read. And: "I'm so upset for having talked to the girl."

Marco Weiss writes to his parents from a prison in Antalya, one of the largest tourist locations on Turkey's Mediterranean coast. The girl he approached during his Easter vacation there is called Charlotte M. She is British, 13 years old and from Manchester.

Turkey's criminal investigation department arrested the high school student on April 11 for some alleged heavy petting with the girl the night before. He's accused of nothing less than child abuse, despite the fact that the girl, who looks older than her age, is said to have told him she was 15. Holiday hanky-panky between teenagers.

The case has German politicians and diplomats outraged. Peter Struck, the parliamentary leader of the Social Democrats (SPD) and a representative of the Celle-Uelzen electoral district, declares himself "appalled by the prison conditions the young man finds himself in, and the course of the criminal proceedings." He expects Turkey to ensure "that Marco Weiss is released from prison promptly" and that the proceedings are "concluded as quickly as possible."

The boy faces up to eight years in prison if he is convicted. If the court classifies the case as less serious, the high school student could get away with three years. He would likely never be taken to court on the same charge in Germany.

In late March the Weiss family left for a two-week Easter vacation in Turkey, a country they knew fairly well. Marco, his 49-year-old mother Martina, a certified social worker, and his 48-year-old father Ralf Jahns, a trained lawyer who works as a taxi driver, flew to the city of Antalya and stayed, again, at the Clubhotel Voyage Sorgun Select in a smaller town called Side. The climate on Turkey's Mediterranean coast always improved Marco's asthma and eczema. This time his father also needed some rest: Having fallen ill with leukemia, he has just endured prolonged chemotherapy. 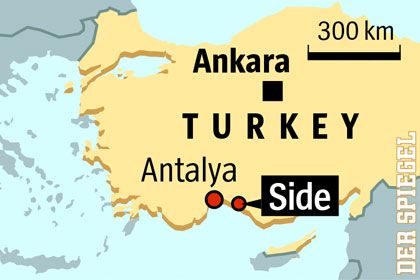 At first it was a pleasant vacation. Marco Weiss stayed in a room with his parents and got to know people quickly. Family and friends say he's a friendly, modest, flexible boy respected by kids as well as adults at the Uelzen branch of Germany's Federal Agency for Technical Relief. Every evening he roamed the hotel -- which features a water slide, a modern amphitheater, 13 bars and a disco -- with a clique of young Germans and Britons.

By midnight on the last evening of the family's vacation, Marco had not yet returned to the room. That was nothing unusual. His parents tended to give him plenty of leeway, and he never abused their trust. The only thing that was unusual was that two Turkish police officers were waiting for the family at the reception the next morning, and that they asked the 17-year-old to accompany them for an interrogation. They said it was a matter of sexual abuse. "I even told Marco that if he had gone to bed with a girl he should feel free to admit it," Martina Weiss remembers. Her son "laughed and thought it was all a mix-up," she adds.

But it wasn't just a mix-up: Charlotte M.'s mother had charged the young German with sexually abusing her daughter. The scene of the crime was the double bedroom the 13-year-old girl stayed in with her 14-year-old sister, according to Mrs. M., who had booked a separate room for herself.

The circumstances are bizarre. It's strange enough that the 40-year-old mother apparently allowed her adolescent daughters to roam the enormous hotel complex unsupervised until after midnight. But around 12:30 a.m., the two daughters returned to their room with no less than three guests. Marco Weiss was among them. He had flirted with the 13-year-old, who seemed older. The 14-year-old sister, who allegedly claimed to be 16, had brought along her own holiday acquaintance. A third young British girl followed the two couples. She was quite tired, lay down on the double bed and soon fell asleep.

Marco Weiss got cozy with Charlotte M. while her older sister and her companion amused themselves on the balcony. No one denies Marco and Charlotte made out under the blanket. In an interrogation during which he was barely given a chance to say anything, the high school student answered the question of whether or not they had sex with, "Yes." He was not able to explain what he meant. A gynaecological examination revealed that the 13-year-old is still a virgin.

To this day, no one has suggested that Marco Weiss behaved violently, put pressure on the girl, or even harassed her. While the mother claimed during a witness hearing that her daughter was "sleeping" during the alleged sexual abuse, this account seems difficult to sustain against the facts. It's been determined that alcohol or other drugs were not involved, so it's highly implausible that the 13-year-old could have slept through anything. In the event of an assault she could have asked her acquaintance -- who was sleeping on the other side of the double bed -- or her sister, on the balcony, for help.

"We have no idea whatsoever what prompted Charlotte's mother to make this legal complaint," says Martina Weiss.

The public prosecutor's office in Antalya continues to view Marco Weiss as a criminal suspect despite these obvious inconsistencies. But before charges are pressed, Charlotte M. will be interrogated again. The Turkish authorities have asked the British judiciary to conduct the interrogation, citing a mutual legal assistance agreement. It could take weeks before the interrogation takes place. Marco has already missed his final exams.

The 17-year-old will have to remain in the decrepit Antalya prison at least until his case is reviewed on July 6. Marco shares his cell with 30 convicts and other prisoners on remand; his roommates are people charged with petty crimes or personal assault from Ukraine, Turkmenistan, Uzbekistan, Kosovo and Belgium. The water in the cell is undrinkable, and Marco Weiss's skin is infected because of his eczema. Moreover, he's now being discriminated against by several other detainees, because a warden has revealed the reason for his arrest.

Until now, his parents have taken turns traveling to Antalya in order to visit their son in prison for between eight and 10 minutes, once a week. But now Martina Weiss has to work, and her husband has gone to a health resort for his cancer. Marco Weiss is being visited by his Turkish lawyers and employees of the German consulate in Antalya.

One of his lawyers is thirty-one-year-old Ahmet Ünal Ersory. His job is to ensure "that Marco is released from prison as quickly as possible." But, he adds, the high school student is not being treated with unusual severity. "Every Turkish citizen would be treated the same way, given the same accusations."

The Turkish courts come off as stubborn to other people, though, and Marco's case reinforces some doubts as to whether the country is really ready to join the European Union. Sixty-year-old criminal law expert and criminologist Monika Frommel, for example, thinks it is "outrageous how the Turkish judiciary is criminalizing a young man."

In Frommel's opinion, what happened between the German high school student and the British girl should be viewed and assessed exclusively as "an exemplary case of socially typical behavior." It's known, she adds, that a third of all girls in Germany already have sexual experiences by age 13. She thinks the case would have closed by now in Germany without any further investigation, even if Marco Weiss had known that the girl was only 13 -- assuming no violence was involved. The case is an example for Frommel of the "terror of outdated ideas about morality," and suggests "that the Turks have not yet arrived in Europe."