In Norway archeologists have found what is being described as a kind of "mini-Pompeii." The well-preserved site is by the sea shore at Hamresanden in southern Norway and was discovered when excavators began digging there, prior to the construction of retirement homes.

The "sealed" Stone Age settlement, near the city of Kristiansand's airport, is thought to have been covered by a sandstorm, possibly in the course of a few hours. Under about a meter (three feet) of sand, excavations uncovered an almost perfectly preserved example of a settlement from what is known as the Funnel Beaker Culture, so called because of the distinctive clay beakers used by the first Stone Age farmers, with a funnel shaped rim. This was the major culture in north-central Europe between around 4000 BC to 2700 BC. Archeologists estimate that the Hamresanden settlement was buried by sand around 3500 BC -- that is, around 5,500 years ago. At the time, Norway's climate was much more arid and geological formations have shown that sand storms were not uncommon.

The sudden prehistoric sand storm conserved walls, arrowheads, complete wooden artifacts and vessels from the era, in much the same way that the volcanic ash preserved the doomed town of Pompeii in Italy around 2,000 years ago. Up until now, archeologists in Norway had only found pieces of broken clay pots from the Stone Age. But at the Hamresanden site, which lies at the edge of a camping site, one complete vessel has already been pulled from the ground. Other large shards of pottery already found will enable archeologists to recreate several more of the large vessels.

"This is the first time we've made a find like this in Norway," Håkon Glørstad of the University of Oslo told Norwegian daily Aftenposten. He said that the site would be "carefully and finally stripped of the last of the earth, in about the same way that one uncovers a dinosaur skeleton. This is an archeological sensation."

The location of the dwellings may also provide the researchers with information about the ways in which the southern Norwegian shoreline has changed over time. When the settlement was inhabited, the ground was nine meters (29 feet) lower than it is today. As a result, archeologists believe they may find the remains of even older settlements nearby, under water. 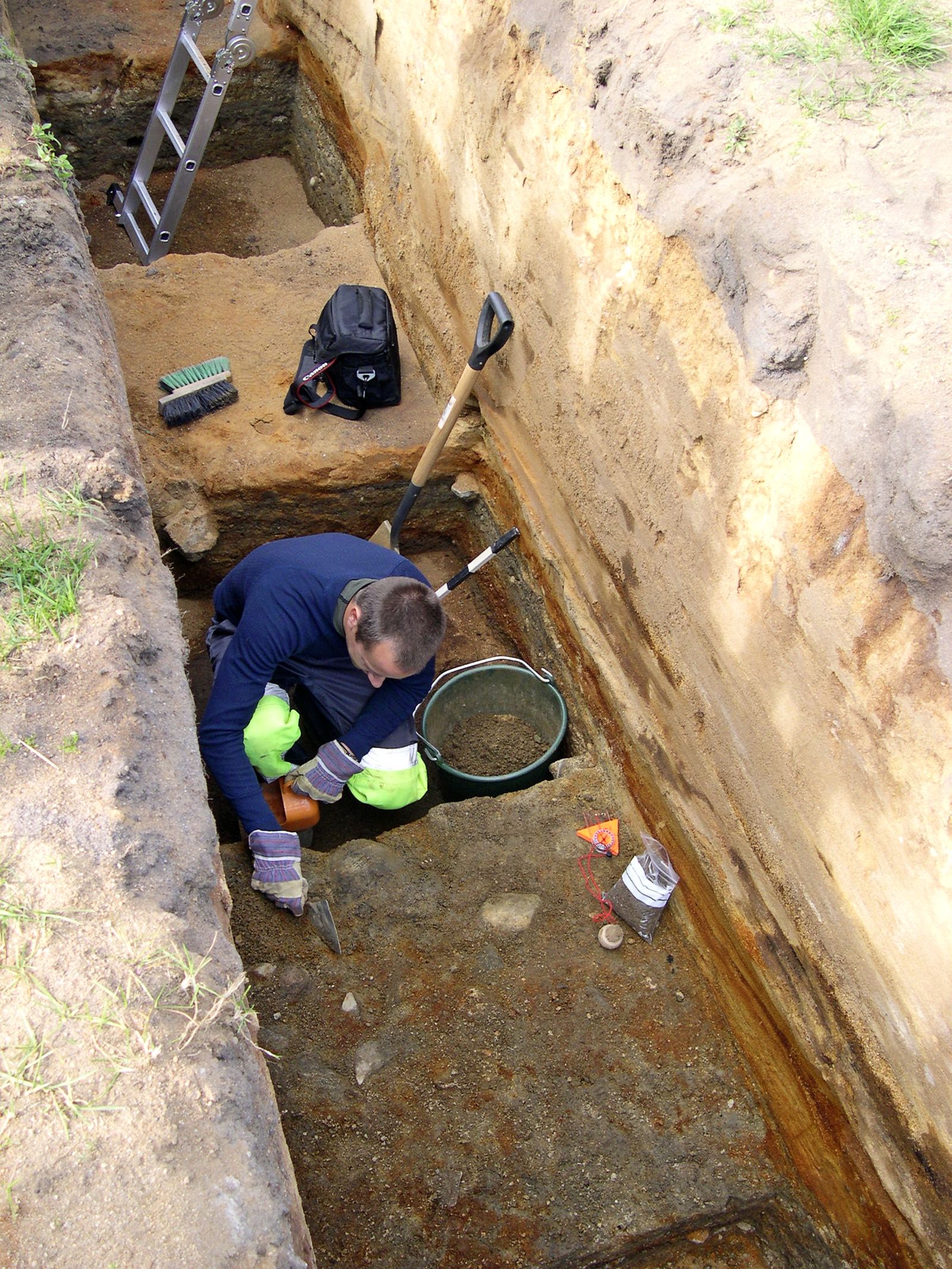 Like a dinosaur skeleton: Excavations of the 'mini-Pompeii' under way in Norway.