Dmitry Rogozin, Russia's ambassador to NATO, wanted to push his American negotiating partner into a corner. "If space aliens were to completely disarm Iran," he asked, "would Washington continue with its plans to build a missile defense system in Poland?"

The defense shield is designed to intercept missiles from rogue states like Iran, the United States has repeatedly insisted. The conversation between the Russian ambassador and his US counterpart, which Rogozin told SPIEGEL about last week, took place in Washington behind closed doors on July 22. And the answer, given by President Barack Obama's undersecretary of state for arms control and international security, Ellen Tauscher, was reportedly unambiguous: Yes, she said. The plan has been decided upon and will be carried out.

Rogozin sees the response as conclusive evidence that the defense shield is effectively bulwark against Russia. "America is shifting the strategic balance to its advantage in that it wants to neutralize Russia's nuclear deterrence potential," the top-level diplomat said. "The Kremlin is fed up with being taken for fools by the Americans."

The battle over missile shields is an old one. But it has now rendered the planned "reset" of US-Russian relations, pursued by the young and weak leaders Obama and Russian President Dmitry Medvedev, a failure. Instead, a new arms race is looming.

Evidence of that new arms race came last Tuesday, with Medvedev's appearance in the Russian enclave of Kaliningrad, which borders the NATO and EU members Poland and Lithuania. The president pointedly activated a radar station. Medvedev had already announced that Russia would install modern Iskander short-range missiles near the NATO border if the US didn't back down. The missiles can be fitted with nuclear warheads and would be directed at the planned US defense positions in Europe, which are scheduled to be ready by 2020. "If NATO improves its defense shield we must unfortunately sharpen our swords," said Rogozin.

Meanwhile, Medvedev has threatened to pull out of an April 2010 disarmament agreement pertaining to strategic launcher systems. Under that deal, both nuclear powers have committed to further reduce their number of intercontinental nuclear missiles.

For a while Medvedev and Obama had taken a completely different approach. The US president supported Russia's entrance into the World Trade Organization (WTO); he avoided any open criticism of human rights abuse in Russia; and the US rolled back its support for Kremlin adversaries such as the government in Georgia. In return, Moscow halted delivery of air defense systems to America's archenemy Iran. The Kremlin allowed Washington to repeatedly transport provisions to US troops in Afghanistan via Russian territory.

But on the issue of missile defense systems, there was no breakthrough, even though a missile shield operated jointly by the Americans and the Russians could turn the former rivals into permanent partners. But Washington -- and here Obama resembles his predecessor George W. Bush -- categorically refuses to let agreements with Moscow hamper its influence. The Kremlin, meanwhile, insisted on a written guarantee that the West's firepower would not increase to the point that Russia wouldn't have a chance against it, even with nuclear weapons. The Russians also wanted to limit the number of American defense systems and to prevent US missiles from reaching Russian territory.

In this dispute, Europe is little more than a political football between the two powers, but could also become the victim. As in the Cold War era, the Russian missiles would be directed at European targets.

"For America, it is all about making itself impregnable," Rogozin complained. But fears over Iran would be more successfully quashed by cooperating with Russia, he said. "We are prepared to make our radar stations in Azerbaijan and southern Russia available, if we had a partnership on equal terms," Rogozin said.

Such a plan makes more sense, because the defense system in Poland is too far away from Iran, according to Rogozin. "With missiles it is like with ducks," he said. "You are best off shooting them at the start, when they are flying lower and more slowly." 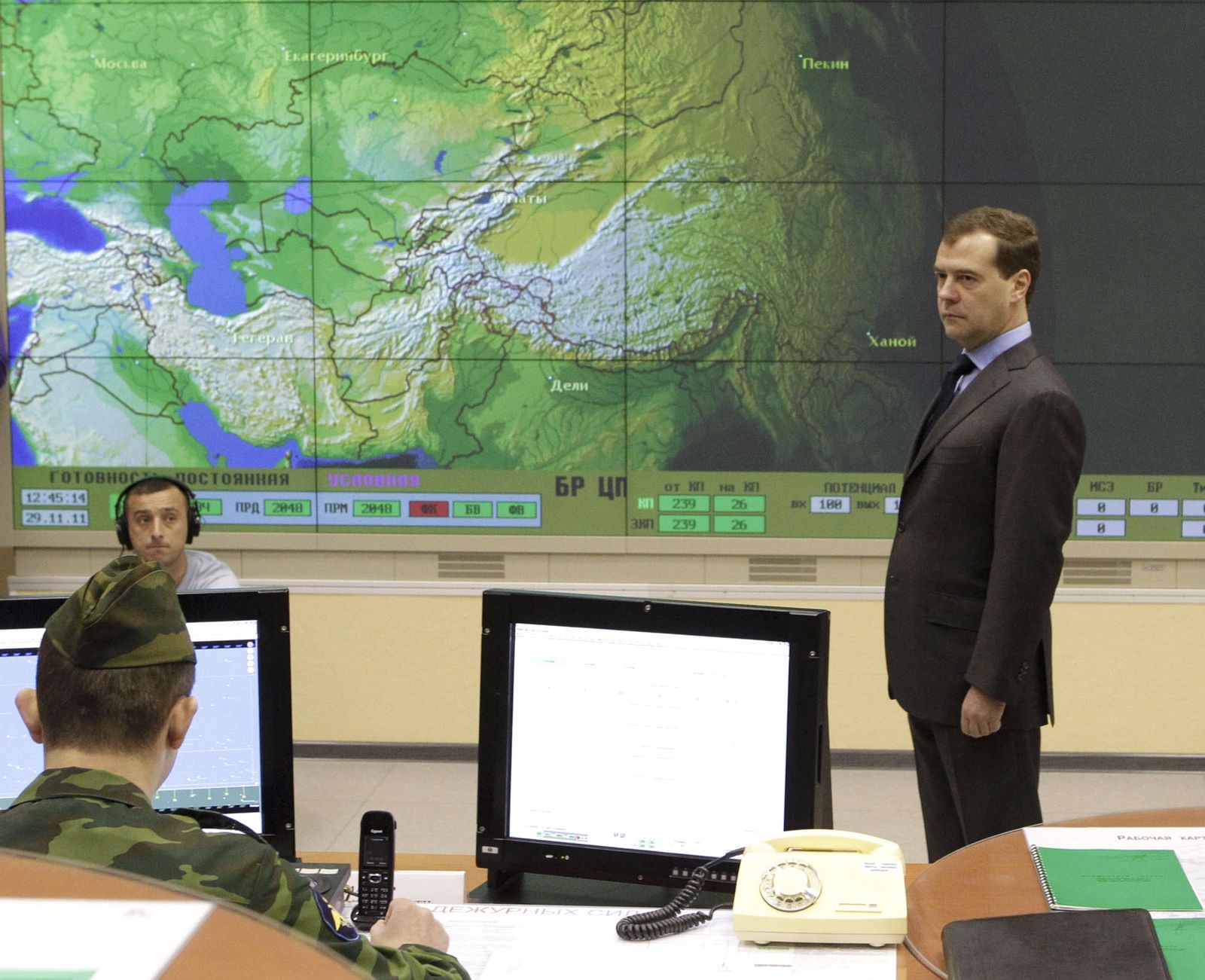