What is going on in the never-ending negotiations between Greece and its international creditors? That depends largely on who you ask. If you ask Greek Finance Minister Yannis Stournaras, Athens on Wednesday was given an additional two years to reach its budgetary target of reducing new lending below the EU-mandated maximum of 3 percent. Instead of 2014, Greece would have a new deadline of 2016.

If you ask German Finance Minister Wolfgang Schäuble and other major creditors, however, such a delay has in no way been finalized. "I cannot confirm that," said Schäuble on Wednesday when asked about Stournaras' claim, delivered in a speech before the Greek parliament. He insisted, again, that no decisions would be made until the completion of a report currently being assembled by the troika, made up of the European Commission, the European Central Bank (ECB) and the International Monetary Fund (IMF).

A spokesperson for the IMF also said that no final decision had been made on granting an extra two years to Athens for making necessary budget cuts.

The problem is, though, that it is becoming increasingly difficult to believe the denials. European newspapers on Wednesday were full of reports that a draft "Memorandum of Understanding" included the two-year delay. Furthermore, Germany's business daily Handelsblatt, citing an unnamed senior euro-zone source, reported that Greece would need an additional €16 billion to €20 billion in aid. The sum was consistent with previous reports, including one in SPIEGEL in late September, on how much a two-year delay might cost.

To be sure, Chancellor Angela Merkel will not be looking forward to pushing an additional aid package for Greece through parliament in Berlin. The country has already been the beneficiary of two aid packages worth a total of €240 billion, and parliamentarians made it clear when the second one passed in March that no more charity would be forthcoming.

But Merkel and Schäuble have both lately seemed to be preparing the groundwork for a softer approach to Greece. Merkel visited Athens last week and pledged solidarity, while Schäuble said it seemed likely "that we can come to agreement on a policy that makes sense for Greece."

Stournaras' speech focused on the €13.5 billion cuts the Greek government agreed to on Wednesday, additional austerity measures necessary to trigger the release of a €31.5 billion aid tranche the country badly needs to retain liquidity through the end of the year. He said that, if Greece had not been granted an extension, then an austerity package of €18 billion would have been necessary.

Still, just what the final agreement with Greece will look like remains unclear. The Handelsblatt also reports on Thursday that the country's creditors will once again cut the interest rate due on the tens of billions of euros the country has borrowed from its euro-zone partners and the IMF. The period of the emergency loans will also be extended; the paper quotes a senior euro-zone official as saying the goal was a "substantial" reduction in the country's debt load. That report has not been denied -- at least not yet.

German media commentators on Thursday also take a closer look at what is going on in Greece.

"The government in Athens has shown that it is determined to help save the country by instituting reforms. Berlin and Brussels have recognized that. What the experts have preferred not to discuss openly, however, is that the two-year delay for Athens does not change the fact that Greece will need another debt haircut to make its debt load manageable. And this time, it is public creditors who will be forced to surrender a portion of their capital. That won't be cheap, but a Greek insolvency would be more expensive. And it is not just about euros and cents. It is about the social costs as well. Greece has become a kind of impoverished pariah state in Europe, something the European Union cannot afford. The consequences of five years of recession can already be seen: unemployment, poverty and political extremism."

"Greece's credit conditions are once again being softened. The German government continues to insist that there is, as yet, no written agreement, but the Greek finance minister has already triumphantly announced that a deal has been reached allowing Athens an extra two years to achieve its budgetary targets. He speaks like someone who knows he cannot lose."

"In the present situation, however, leniency might actually be the correct course of action. Greece lost valuable time in the spring because of the new elections and no matter how hard it tries, the country cannot achieve the goals it originally set for itself. And the delay was worth it; Greece now has a government that is more serious about austerity. That is an argument in favor of leniency. Another argument in favor is the fact that Greece's euro-zone partners have also made mistakes. At the beginning, they insisted to interest rates that were too high and they focused exclusively on austerity to the detriment of reforms that would stimulate economic growth. As such, some of the responsibility for the fact that Greece has made so little progress since the spring of 2010 can be shared by Berlin, Paris and Brussels."

"The two-year delay reveals the depth of Greece's misery, and the helplessness of its so-called saviors. Experts and creditors alike have reached a dead end; their plans to fix Greece have failed. Indeed, they need a two-year break at least as badly as does the increasingly fragile government in Athens. Germany in particular needs more time. One year is already reserved for the campaign and the general elections scheduled for next fall. In the run up to the vote, Merkel would like calm on the euro front."

"There are, after all, new facts that Merkel's government has thus far insisted upon ignoring. For one, the International Monetary Fund has recalculated and found that the austerity measures have had a much more detrimental effect on the country's real economy than had been previously thought. The deeper the cuts, the greater the collapse of both the economy and tax revenues -- essentially eliminating the benefits derived from the cuts. Most experts also now agree that Greece will never be able to get back on its feet without another significant slashing of debt. But Berlin has thus far been deaf to such concerns and will only confront reality after the election. How nice that we will now have two years of peace." 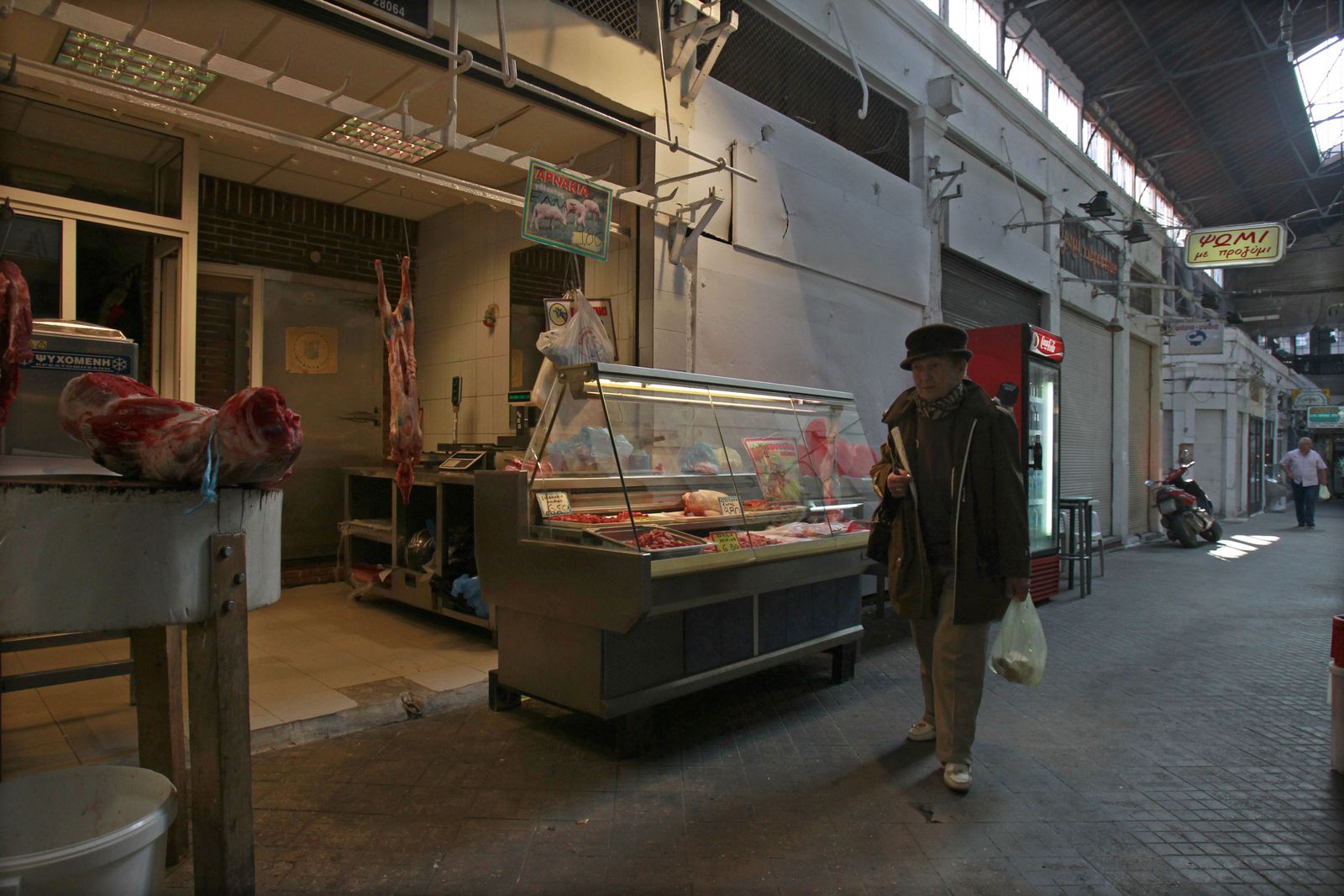 Greece might be getting two additional years to meet its austerity goals.