Mario Monti has denied accusations that he is seeking to sideline national parliaments in Europe in efforts to save the euro. He said he in no way wishes to weaken the checks and balances that parliaments exert on the executive. Instead, the Italian prime minister said on Monday night, he wanted to strengthen parliaments on the national and European level. "The autonomy of the parliament in relation to the executive is not up for debate," he said.

In a SPIEGEL interview published on Monday, Monti warned that European leaders could not allow themselves to be bound entirely to parliamentary resolutions in their efforts to save the euro. "If governments let themselves be fully bound by the decisions of their parliaments without protecting their own freedom to act, a break up of Europe would be a more probable outcome than deeper integration," he warned in the SPIEGEL interview.

On Monday night, Monti said that his comments had been aimed at promoting a "constant and systemic dialogue" between governments and parliaments on the process of European integration. When it comes to government negotiations at the European level, he said in clarification, "a certain amount of flexibility is necessary in order to reach agreements." Still, he said this had to happen within the parameters that had been agreed to by parliament. "Every government has a duty to explain itself and interact in a dynamic, transparent and effective way with parliament," he said.

In Germany, in particular, Monti's statements in SPIEGEL generated a heated debate. Chancellor Angela Merkel and Bundestag President Norbert Lammert, both of whom are conservatives with the Christian Democratic Union, defended the right of German parliament to co-determination in important decisions on euro bailouts, describing it as indispensable. Following a recent decision by Germany's highest court, the Federal Constitutional Court, all euro bailout decisions must be approved by parliament in Berlin. The ratification of the permanent euro bailout fund, the European Stability Mechanism (ESM), is also facing review at the Constitutional Court, with a decision expected after Sept. 12.

Lammert stressed on Monday that the inclusion of parliament was not only necessary for constitutional reasons, but that it was also an essential precondition for acceptance of decisions by the German people. He said it was "more acceptable for markets' expectations to be disappointed by democracy than for the country's legal order to take a back seat to markets."

German Foreign Minister Guido Westerwelle of the business-friendly Free Democratic Party (FDP), the junior coalition partner in Merkel's government, also commented on the interview on Monday. "We need a strengthening, not a weakening of democratic legitimation in Europe," he said.

Members of the European Commission in Brussels also seemed miffed by the statements, with a spokesman emphasizing the current legal situation. "The member states have decided that certain rules must apply to decision-making and the application of finance decisions," a Commission spokesman in Brussels said. In some countries, these must be approved by the parliaments. "We fully respect the competencies of national parliaments in all of these processes."

But it isn't only Monti's interview that drew criticism on Monday. In Germany, the debate also centered on the populist tones coming out of leading members of the country's Christian Social Union, the Bavarian sister party to Chancellor Merkel's conservatives. In one statement, the party's general secretary, Alexander Dobrindt, accused European Central Bank chief Mario Draghi of abusing his position at the ECB to represent Italian interests.

On Monday, however, the German government expressed its support for the ECB, saying Draghi has only been doing his job. "The government has no doubts that everything the ECB does is within its mandate," government spokesman Streiter said. Meanwhile, Westerwelle also urged calm in the debate. "The tone of the debate is very dangerous," he said. "We need to be careful not to talk Europe to death." 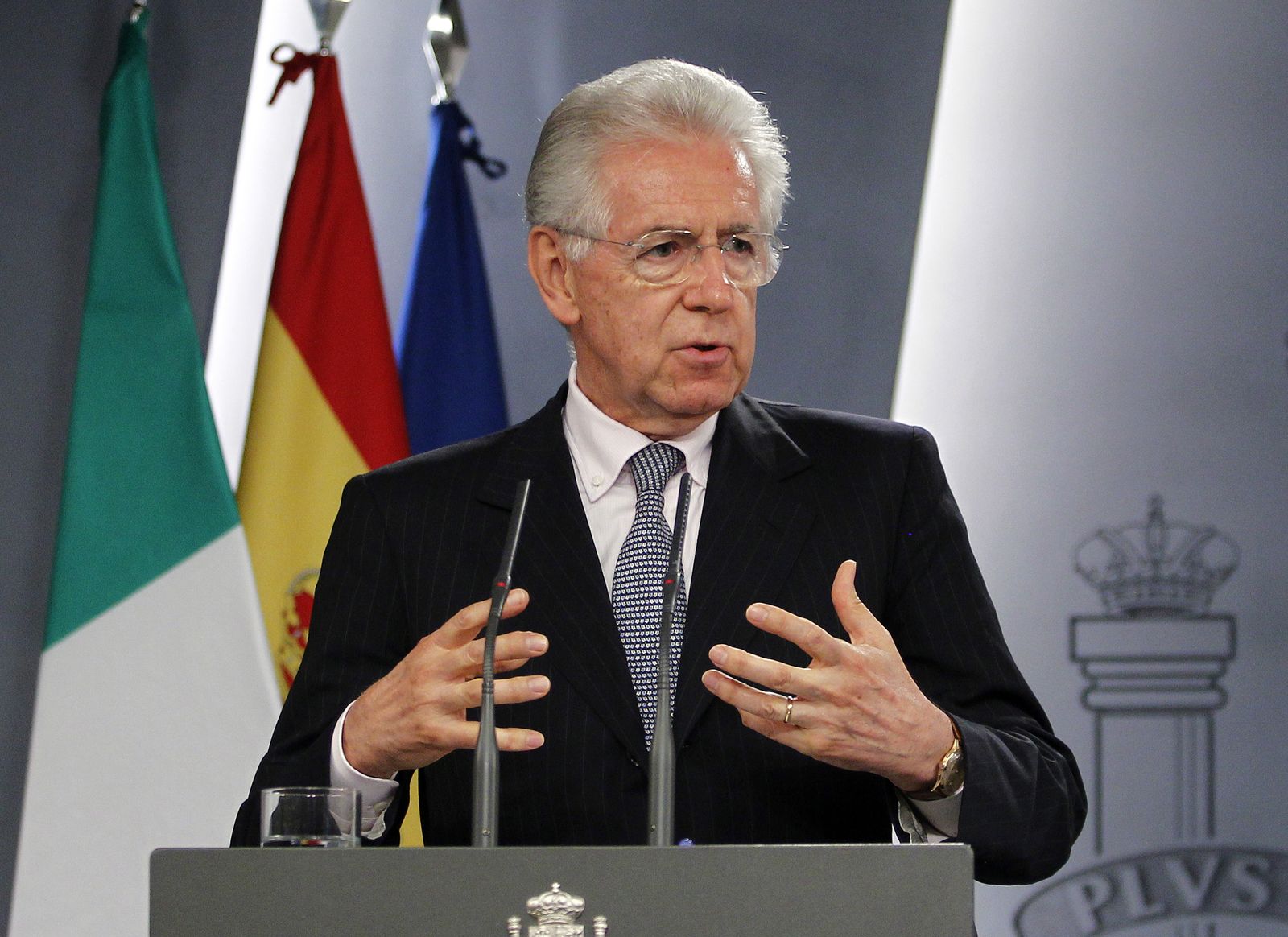 Italian Prime Minister Mario Monti: "The autonomy of the parliament in relation to the executive is not up for debate."