Italian Prime Minister Mario Monti is concerned that the euro zone is inflicting serious damage on Europe. In an interview with SPIEGEL published on Monday, he said: "The tensions that have accompanied the euro zone in recent years are already leading to a psychological dissolution of Europe." The 68-year-old warned that if the euro were allowed to become a factor in Europe drifting apart, "then all the foundations of the European Project will be destroyed."

But one statement in his interview in particular has sparked a contentious debate. Monti said that European leaders needed to defend their freedom to act against parliaments. "If governments allow themselves to be entirely bound to the decisions of their parliament, without protecting their own freedom to act, a break up of Europe would be a more probable outcome than deeper integration."

Since taking office in Italy in November, Monti has led a cabinet of technocrats that has the support of a broad majority in parliament. Nevertheless, when it comes to economic reforms, austerity measures and the euro bailout, Monti often struggles to patch together a majority ahead of key votes. But his comments also appear to be directed at Germany, where Chancellor Angela Merkel requires parliamentary approval for most of her major bailout policies.

In Berlin, a number of politicians have spoken out against Monti's comments. "The acceptance of the euro and its rescue is strengthened through national parliaments and not weakened," Joachim Poss, deputy floor leader for the center-left Social Democratic Party, told the Rheinische Post newspaper. The politician said it appeared that the image of parliament in Italy had suffered during the "unspeakable Berlusconi years."

Meanwhile, Frank Schäffler, a prominent euro-skeptic with the business-friendly Free Democratic Party, the junior partner in Merkel's coalition government, said any possible collapse of the European Union would be a product of too little democracy and rule of law rather than too much. His party colleague, FDP floor leader Rainer Brüderle, said when implementing the necessary reforms, people needed to "take care that Europe retains sufficient democratic legitimization."

'We Need Strengthening, Not Weakening of European Democracy'

Criticism of Monti erupted over the weekend after SPIEGEL pre-released quotes from the interview. Michael Grosse-Brömer a senior official with Merkel's Christian Democratic Union said that while a government's ability to act is of decisive importance, "that doesn't in any way justify an attempt to limit the parliamentary controls that are necessary in a democracy."

German Foreign Minister Guido Westerwelle, also of the FDP, joined the debate as well, saying that when it comes to European issues, "it is beyond discussion. We need a strengthening, not a weakening of democratic legitimation in Europe."

The most outspoken criticism came from politicians with the Christian Social Union (CSU), the Bavarian sister party to Merkel's conservatives, with a leading official calling Monti's words an "attack against democracy." "The greed for German taxpayer money is blossoming in undemocratic ways with Mr. Monti," party General Secretary Alexander Dobrindt said. "Mr. Monti apparently needs a clear announcement that we Germans will not be prepared to eliminate democracy in order to finance Italian debts."

In his interview with SPIEGEL, Monti warned of the possible break up of Europe and called for euro-zone governments to have greater independence from parliament in decision-making. Of course governments needed to orient themselves based on parliament's decisions, he said. "But every government also has the duty to educate parliament," Monti said.

During the past week, Monti moved numerous times to distance himself from Germany's current position in the euro bailout. Most recently, he called for a banking license to be issued to the long-term euro rescue fund, the European Stability Mechanism (ESM) -- a move Berlin has staunchly opposed. In his SPIEGEL interview, the Italian leader greeted efforts by the ECB to address "severe malfunctioning" in the government bond market. He said the problems "have to be solved quickly now so that there's no further uncertainty about the euro zone's ability to overcome the crisis."

In recent days, negative sentiment against Germany and Chancellor Merkel has been growing in Italy. Last week, the Italian daily Il Giornale published a story with the headline "Quarto Reich," or "Fourth Reich" on its front page. It featured an image of Merkel raising her right arm with the caption "Heil Angela." The paper is part of Silvio Berlusconi's publishing empire and the headline was aimed at expressing dissatisfaction over Merkel's objections to a banking license for the ESM. Nevertheless, it reflects the increasingly shrill tenor of the political debate in Europe over the euro crisis and it mirrors similar coverage of the chancellor in the Greek media.

Even at home in Germany, some are criticizing Merkel's positions, including Baden-Württemberg Governor Winfried Kretschmann of the Green Party. "She has a tough task and I don't want to come across as a know-it-all," he told the tabloid Bild newspaper. "But Ms. Merkel needs to emphasize the global context of individual decisions more clearly. I was never a huge fan of former Chancellor Helmut Kohl, but he did have a clear political vision for Europe … I miss that clarity today."

Meanwhile, the chancellor of neighboring Austria, Werner Faymann, has said he believes Merkel will shift her policies. In an interview with the Vienna daily Kurier, Faymann said he believed that Merkel would abandon her opposition to providing the ESM with a banking license, which would essentially give it unlimited borrowing capacity with the European Central Bank, if it became clear that was the only way to save the euro. "I anticipate that when it is necessary for the protection of the euro, that the German chancellor will go along with the next step." When a reporter at the newspaper reminded Faymann that Merkel opposed the banking license, the Austrian chancellor replied: "We've already had the experience that the German chancellor has changed her mind during the course of a political debate -- always to protect the euro." 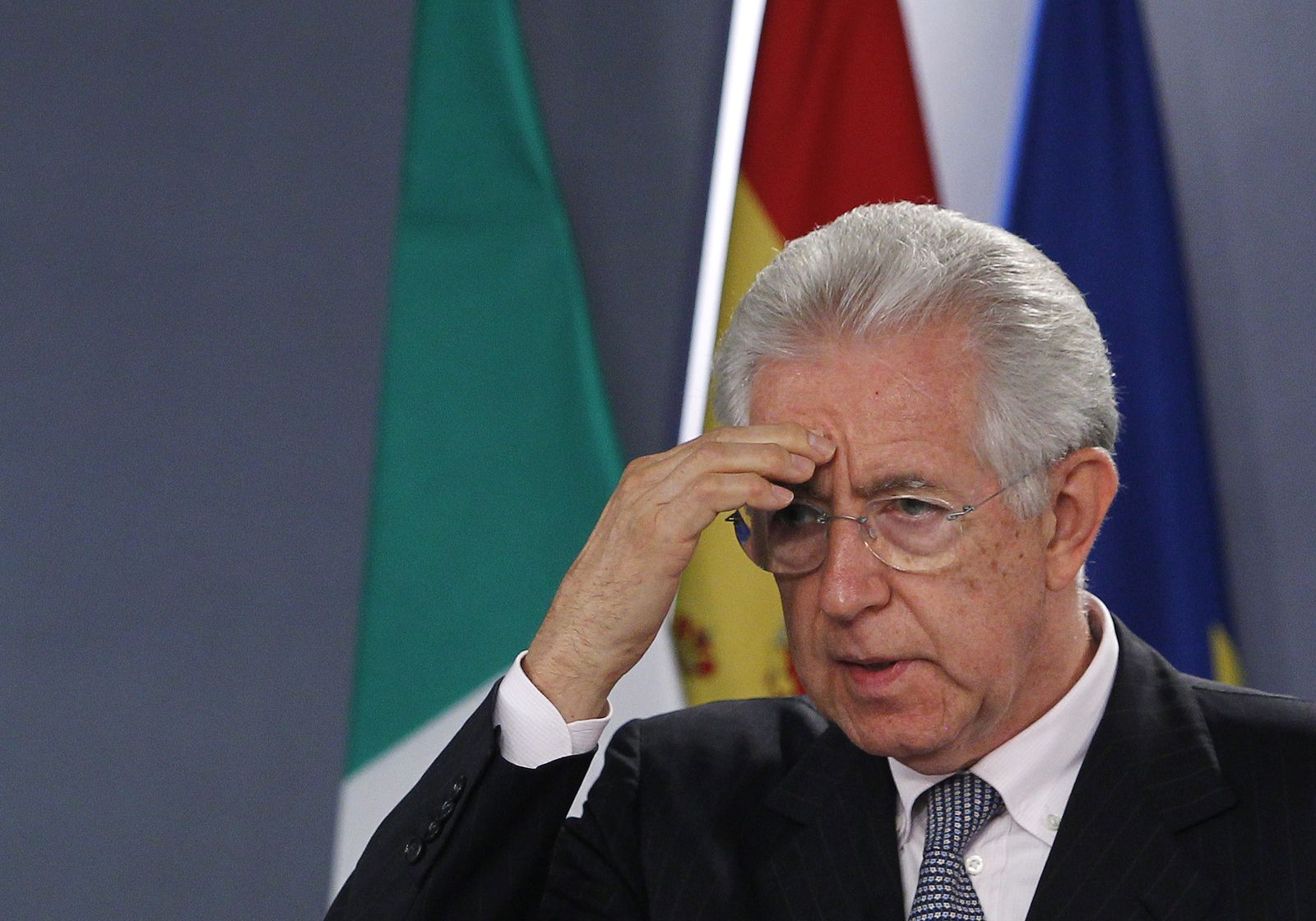