Listening to the office of Italian President Giorgio Napolitano, one might think the issue is one hinging on an obscure constitutional question. In a statement on Friday explaining why he refused to sign an emergency government decree, Napolitano said it could damage "the reciprocal respect between powers and organs of the state." 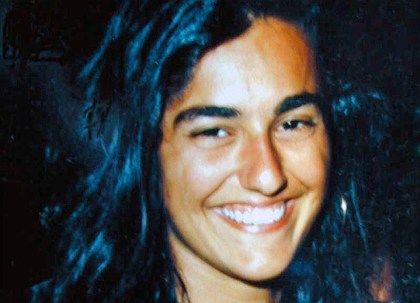 Eluana Englaro has been in a coma since a car accident 17 years ago.

Prime Minister Silvio Berlusconi, who wrote the decree, was much more direct. "This is murder. I'm not Pontius Pilate."

At issue is the case of Eluana Englaro, 38, who has been in a coma ever since a car accident 17 years ago. Doctors say she will never wake up -- and for the last decade, her father has been fighting for her right to die. Over the weekend, doctors began reducing Englaro's nourishment -- while the rest of the country became convulsed in a debate about death and Rome made last-ditch efforts to stop Englaro's death.

Doctors have confirmed that Englaro's brain damage is so severe that she will never again regain consciousness or awareness. Her father, Beppino Englaro, insists that his daughter, after visiting a friend who was in a coma, told him that she would never want to live, "if she couldn't be what she was." He has been fighting for the removal of her tubes for the last 10 years in a prolonged court battle.

Only recently, however, has the case exploded into the headlines and into the halls of power in Rome. Berlusconi issued an emergency decree on Friday in attempt to reverse a high court ruling allowing Englaro to die. Ever since Napolitano refused to approve the decree, saying it defied the high court ruling, the search has been on in Rome for a new way to keep Englaro alive.

Time is running short. The Berlusconi government is attempting to speed a law through parliament which would prohibit the suspension of food to patients who cannot feed themselves. While the Senate is likely to consider the bill on Monday, it is unlikely to come before the lower house prior to Wednesday, according to the Associated Press.

Berlusconi has also argued that Englaro should live because she is "in the condition to have babies" -- a remark described as "shocking" by Italy's paper La Stampa. Beppino Englaro who has sought to keep his daughter out of the public eye, responded uncharacteristically to Berlesconi by inviting him and Napolitano to visit her at the private clinic to "see how she truly is."

Italy, which is predominantly Roman Catholic, is divided equally on this issue, with 47 percent hoping Eluana Englaro will be allowed to die and 47 percent wanting her kept alive, according to a recent poll. Right-to-die activists and those against mercy killings are holding vigils and protests throughout the country.

Meanwhile, the Vatican has voiced a clear opinion and even placed pressure on the government. According to the London Times, Berlusconi held a frantic telephone conversation with Cardinal Tarcisio Bertone, the Vatican's secretary of state, in which the cardinal told him, "we have to stop this crime against humanity." Pope Benedict XVI also referred to Englaro over the weekend, calling on society to defend "the absolute and supreme dignity of every human being."

Once Englaro's feeding tubes are removed, doctors say it will take four to five days before her condition becomes irreversible and it could take up to two weeks for her heart to stop beating. Yet, according to Englaro's anaesthetist, Dr. Amato De Monte, "Eluana will not suffer because Eluana died 17 years ago."

Englaro's story has been compared to the Terry Schiavo case that took place in the United States in 2005. Schiavo was in a coma for 15 years before she was allowed to die. Her death followed a long battle in which then US President George W. Bush became personally involved.