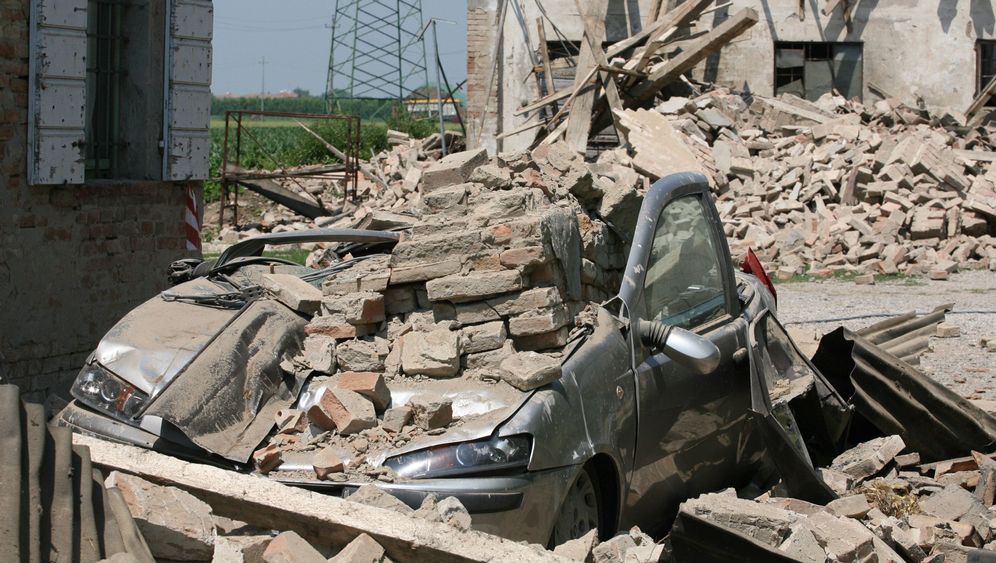 The first quake, which struck Tuesday morning around 9 am, registered a magnitude of 5.8, according to the US Geological Service (USGS). The second, which hit close to midday, reached 5.6. The temblors affected the northern Italian region of Emilia-Romagna, where residents were still trying to recover from the last deadly earthquake on May 20. That 6.0 magnitude disaster was one of the strongest quakes the country has seen in the last three years and shocked the area around Bologna, injuring 50 and leaving thousands homeless.

Tuesday's quakes were reportedly felt from Genoa to Venice and from Bolzano to Florence. Factories, churches and warehouses reportedly collapsed, with the cities of Modena, Brescia and Milan among the most affected.

"There were deaths. I can't say anymore," the mayor of San Felice sul Panaro told Italian broadcaster SkyTG24. "There are victims. The situation is very serious. Some people have been buried by the rubble." The town, just five kilometers from the first quake's epicenter in the small town of Medolla, is some 30 kilometers northeast of Modena, less known for earthquakes than for its world famous balsamic vinegar.

Three workers were reportedly killed in San Felice del Panaro when a factory collapsed. A priest in the town of Rovereto di Novi was killed by rubble, fire fighters reported. In Venice a statue in the Piazzale Roma cracked and fell, barely missing a woman who was passing by.

Buildings that had already been destabilized from the May 20th quake also collapsed. People were out on the street and in shock, local media reported. "Last night was the first one since the first earthquake that we were back in our homes," one resident told SkyTG24. "And then came the next earthquake."

Police and civil authorities were also reportedly dealing with a panic-stricken populace amid massive communication and transportation difficulties. Telephone lines collapsed in several areas, prompting authorities to erect password-free Internet access. Meanwhile, train traffic in and around Bologna was suspended.

Fortunately many children were not in school, as many of the school buildings were deemed unsafe following the last quake, a local mayor told Italian daily La Repubblica. "This is terror," he said. "Everyone is on the street asking why? I'm asking that too."