It was certainly not the kind of reception that Israeli Foreign Minister Avigdor Lieberman had been hoping for. Instead of the friendly greetings called for by protocol, Lieberman's European counterparts opted for bluntness in Brussels on Monday afternoon.

Political assassinations, said Luxembourg Foreign Minister Jean Asselborn, "have no place in the 21st century." Spanish Foreign Minister Miguel Angel Moratinos seconded the sentiment, saying "we are extremely concerned." Carl Bildt, who heads up the Swedish Foreign Ministry, said "misuse of European passports is not to be tolerated."

The diplomats were talking about the mysterious murder of Hamas functionary Mahmoud al-Mabhouh in Dubai at the end of January. Given the operation's complexity, most observers -- including the Dubai police and German officials -- consider the Israeli secret service Mossad to be the most likely culprit. Israel, for its part, continues to deny responsibility. The 11-person hit squad alleged to have been behind the killing used the identities of both Israeli and European citizens: Six held British passports, three Irish, one French and one German.

Governments in London, Dublin, Paris and Berlin have for days been demanding information from Israel, to no avail. On Monday, the European Union agreed on a collective statement, remarkable for the clarity with which the EU gave voice to its dismay at the murder of al-Mabhouh. "We strongly condemn the use of fraudulent EU member states' passports and credit cards acquired through the theft of EU citizens' identities," the statement read.

Israel was not expressly mentioned in the text. But Brussels made it clear that it has no doubts as to who is behind the killing. The foreign ministers of both Britain and Ireland held closed-door talks with Lieberman on Monday evening. British Foreign Minister David Miliband demanded "full cooperation" from Israel and said that he expected help from leaders at "the highest level in Israel."

Still, they aren't likely to learn much. On Monday, Lieberman once again denied Israeli involvement in the killing. "There is no proof Israel is involved in this affair, and if somebody had presented any proof, aside from press stories, we would have reacted," Lieberman said in a statement. "But since there are no concrete elements, there is no need to react."

Shortly after news of the murder made headlines around the world last week, Lieberman reiterated long-standing Israeli policy regarding intelligence service operations. "Israel never responds, never confirms and never denies," he said. "There is no reason for Israel to change this policy."

Nevertheless, the Dubai affair could result in some uncomfortable political consequences for the Israeli government. For years, the country has been seeking to upgrade its relationship with the European Union. It wants a deeper partnership on both economic and social levels. An agreement with the EU from 2008 has been on ice since Israel's controversial military offensive in the Gaza Strip in December 2008 and January 2009. Suspicions that Mossad was involved in the Dubai assassination are not exactly helping the country.

"The Dubai murder is yet another setback for Israel's desire for an upgrade in relations," Martin Schulz, chairman of the Social Democratic group in the European Parliament, told SPIEGEL ONLINE.

"Now is not the time to talk about intensification. Now is the time for clarification," said Manfred Weber, deputy floor leader for the center-right European People's Party group in the European Parliament. "The case is deeply disturbing." The Liberals are also concerned. "I am afraid that the case will have a negative impact on relations (with Israel)," said Free Democrat Michael Theurer, a member of the European Parliament delegation charged with monitoring relations with Israel. "If the accusations are proved correct, that would, of course, be completely unacceptable."

The comments from the European Parliament are far from the staid diplomacy one has come to expect from Brussels. But even within the German government, attitudes regarding the Dubai murder have shifted from intense disgust to infuriation with Israel. 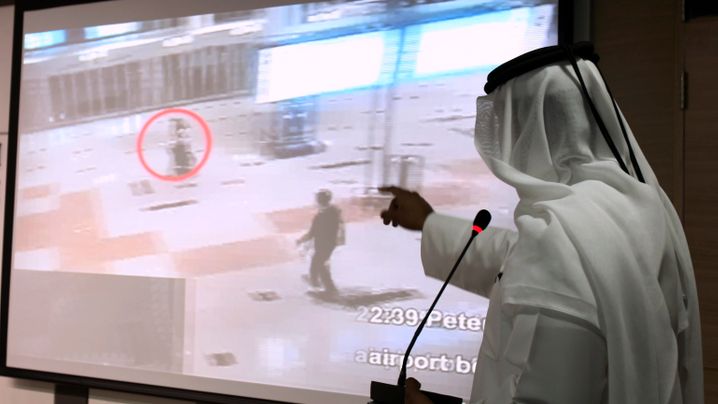 Initially, German Foreign Minister Guido Westerwelle showed only tangential interest in the case. But once the Foreign Ministries of other European countries began calling in Israeli ambassadors last week, Westerwelle followed suit and politely invited Israel's representative in for a talk.

But just prior to the talk, Westerwelle was handed a report put together by German authorities. The document indicated that the German passport allegedly used in the Dubai attack, carrying the name Michael Bodenheimer, was not falsified. Rather, it seems to have been obtained by a Mossad agent in Germany, using documents showing him to be the descendent of a family that fled the country during the Nazi period.

Only then did it become clear to Westerwelle just how delicate the situation was. He commented internally that such an incident was legally unacceptable. Just 30 minutes after his talk with the Israeli ambassador, he issued a press release indicating that German officials would do everything in their power to clear up the affair.

The Foreign Ministry's marching orders have now been taken up by the German government. Last Friday, it was decided that Cologne prosecutors initiate proceedings to investigate possible passport fraud. For now, there is no suspect in the investigation, but the Mossad could eventually be named.

The case would be a dicey balancing act for Germany. For years, Berlin has, along with other Western governments, remained silent about targeted killings carried out by the Mossad. Now, however, German authorities are investigating the Israelis -- and there is no telling what they might find. 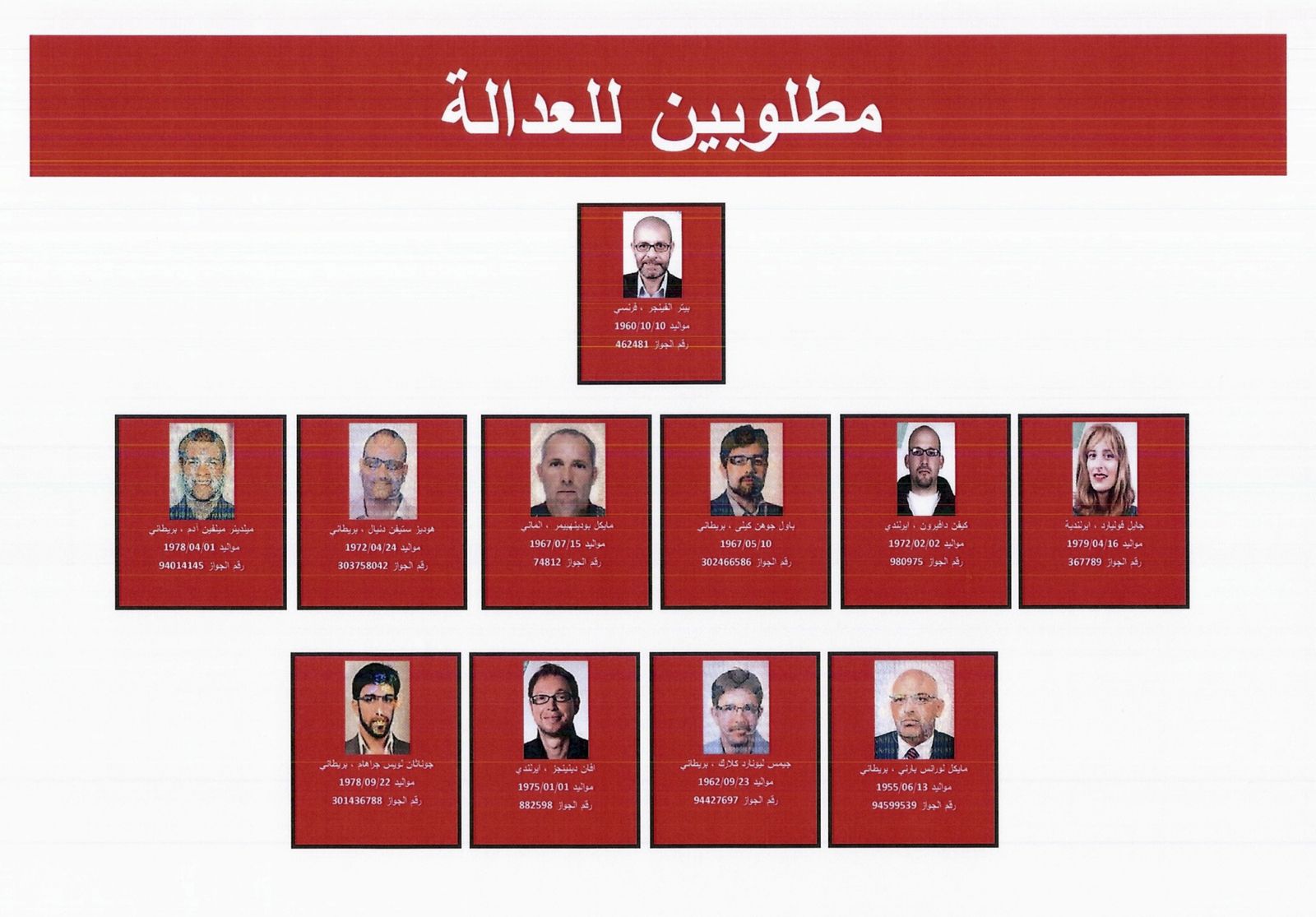 An image released by the Dubai police last week showing the 11 people suspected to have been involved in the killing of Hamas functionary Mahmoud al-Mabhouh. 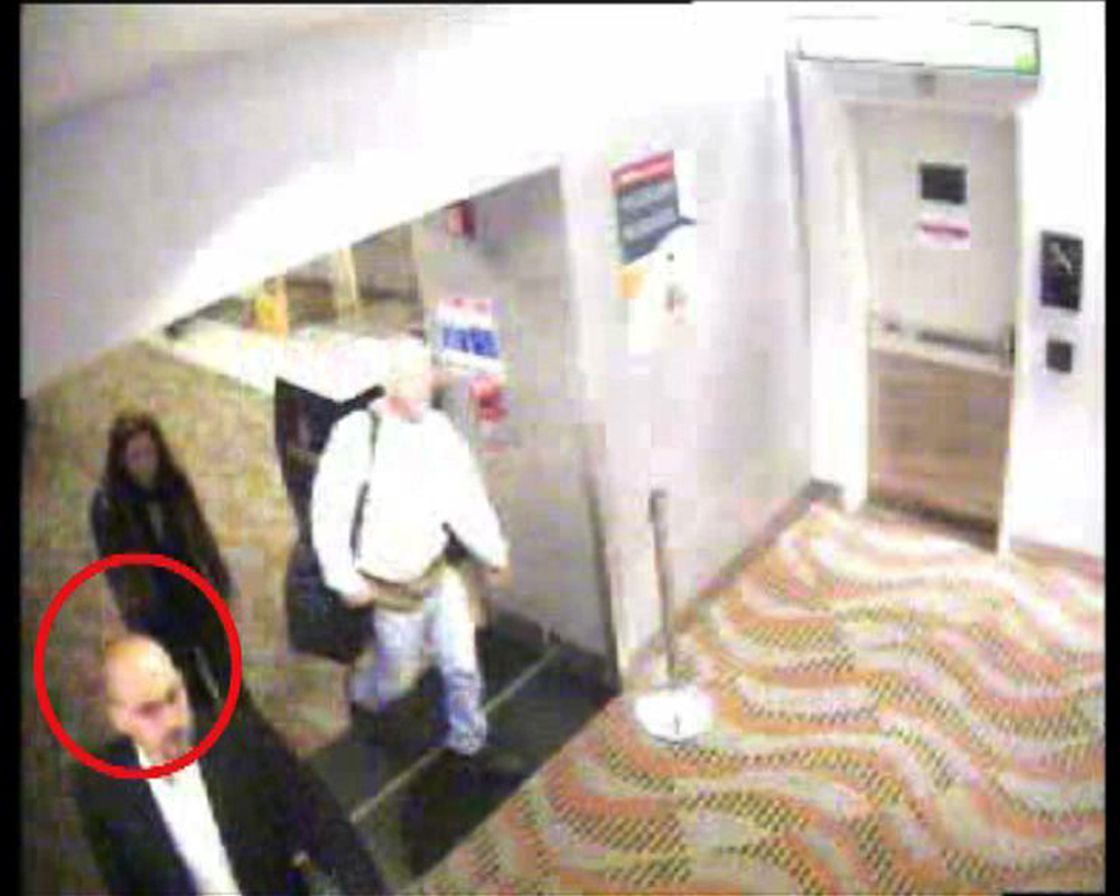 Another image from a hotel surveillance camera shows another image of one of the suspected murderers.