When Silvio Berlusconi, 74, steps down as Italian prime minister, he will have a chance to return to his former job as crooner in the famous Bar Kontiki on the island of Elba.

"Berlusconi can start again with us," Adriane Avagliano, the manager of the bar in the resort of Marina di Campo, said. In the 1950s and 1960s, when Berlusconi was studying law, he performed in the Kontiki where he met showbusiness greats such as Tony Renis, who wrote the 1962 pop classic "Quando, Quando, Quando." He also sang on cruise ships and played the double bass in a band.

Berlusconi recently said he won't stand for another term in the 2013 election. The billionaire tycoon, now in his third term as Prime Minister, has remained faithful to his early background in music, collaborating with guitarist Marioano Apicelli on a number of albums of love songs in recent years.

One album produced in 2003, during Berlusconi's second term as premier, included lyrics such as: "Tell me it doesn't end here, that you don't want to throw away our strange love like this. Tell me you'll come back to me with no more bitter words, let me win your heart."

Berlusconi is on trial accused of paying for sex with an underage teenager known as "Ruby the Heart Stealer". 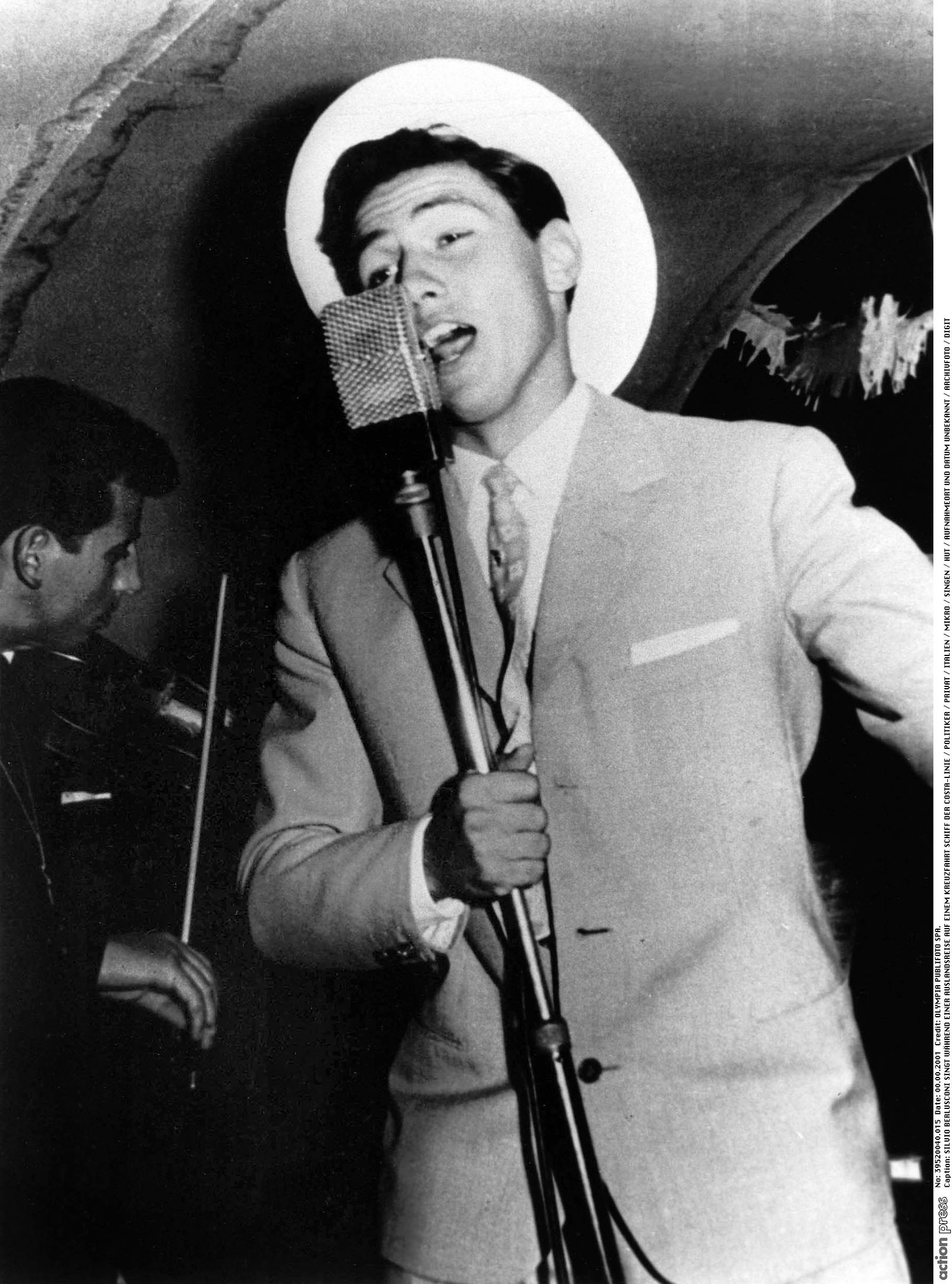 Silvio Berlusconi on board a cruise ship in 1955.