European stock markets fell sharply on Tuesday and the euro continued to weaken amid investor concern about the stability of the banking system following the near-bankruptcy of a Spanish savings bank, Cajasur.

The Spanish central bank said on Saturday it was taking over the business operations of the regional bank because its survival had been in danger following the collapse of its planned merger with rival bank Unicaja.

Cajasur was given access to the Spanish government's recapitalization fund for the banking sector and will be able to remain in business. The Spanish savings banks, traditionally strong in the mortgage business, are weighed down by bad debts following the collapse of Spain's real-estate bubble.

The rescue highlights problems in the European banking sector. Many commercial banks are heavily exposed to the euro crisis through their holdings of government bonds issued by highly-indebted southern European countries such as Greece, Spain and Portugal.

The German Dax index of blue-chip stocks opened down 2.5 percent at 5,651 points on Tuesday. Traders said sentiment was hit not only by the Cajasur problems but also by increasing tensions between North Korea and South Korea which had pushed down Asian markets.

The EuroStoxx index fell as much as 3.5 percent to 2,468 points, its lowest level since July 2009. The euro lost nearly 1 percent against the dollar in early European trading on Tuesday, falling to $1.2230.

Meanwhile, in a further sign of divisions in Europe over how to deal with the euro crisis, the president of the European Commission, Jose Manuel Barroso, called Chancellor Angela Merkel's demands for modifications to the EU treaty to enhance control of member states' budgets "naive."

"We will not propose treaty modifications even though we are open to good ideas," Barroso told German newspaper Frankfurter Allgemeine Zeitung in an interview published on Tuesday. "It would also be naive to think one can reform the treaty only in areas Germany considers important."

If the treaty were amended to boost economic governance, other member states would want to see modifications in other areas too, said Barroso.

Barroso also questioned Merkel's calls for persistent debt offenders in the euro zone to have their voting rights withdrawn. "When it comes to procedures against countries with excessive deficits, it is already the case under current rules that the member state affected is not allowed to vote. Under constitutional law it would be nearly impossible to do more, in my view," he said.

Divisions on Response to Euro Crisis

EU finance ministers had met on Friday to discuss the consequences of the Greek crisis. There was agreement on the need for "financial and non-financial sanctions" to force high-debt countries to curb spending. But EU leaders are divided on how to achieve this goal. EU Council President Herman Van Rompuy said amendments to the European treaty demanded by Germany were not a priority.

A proposal by German Finance Minister Wolfgang Schäuble for highly-indebted countries to be placed in formal insolvency proceedings was also rejected.

In the newspaper interview, Barroso also openly criticized the German government's handling of the Greek crisis, saying it had initially given the impression that it did not want to help Athens. "I would like the German leadership, whether in government or in opposition, whether at national or regional state level, to stand by Europe," Barroso said.

He said none of the important political parties in Germany had explained to citizens how Germany benefits from the single currency, for example through increased German exports to other EU member states.

"Germany was until now a big winner from the euro. I feel that more politicians in Germany should make that clear," said Barroso. 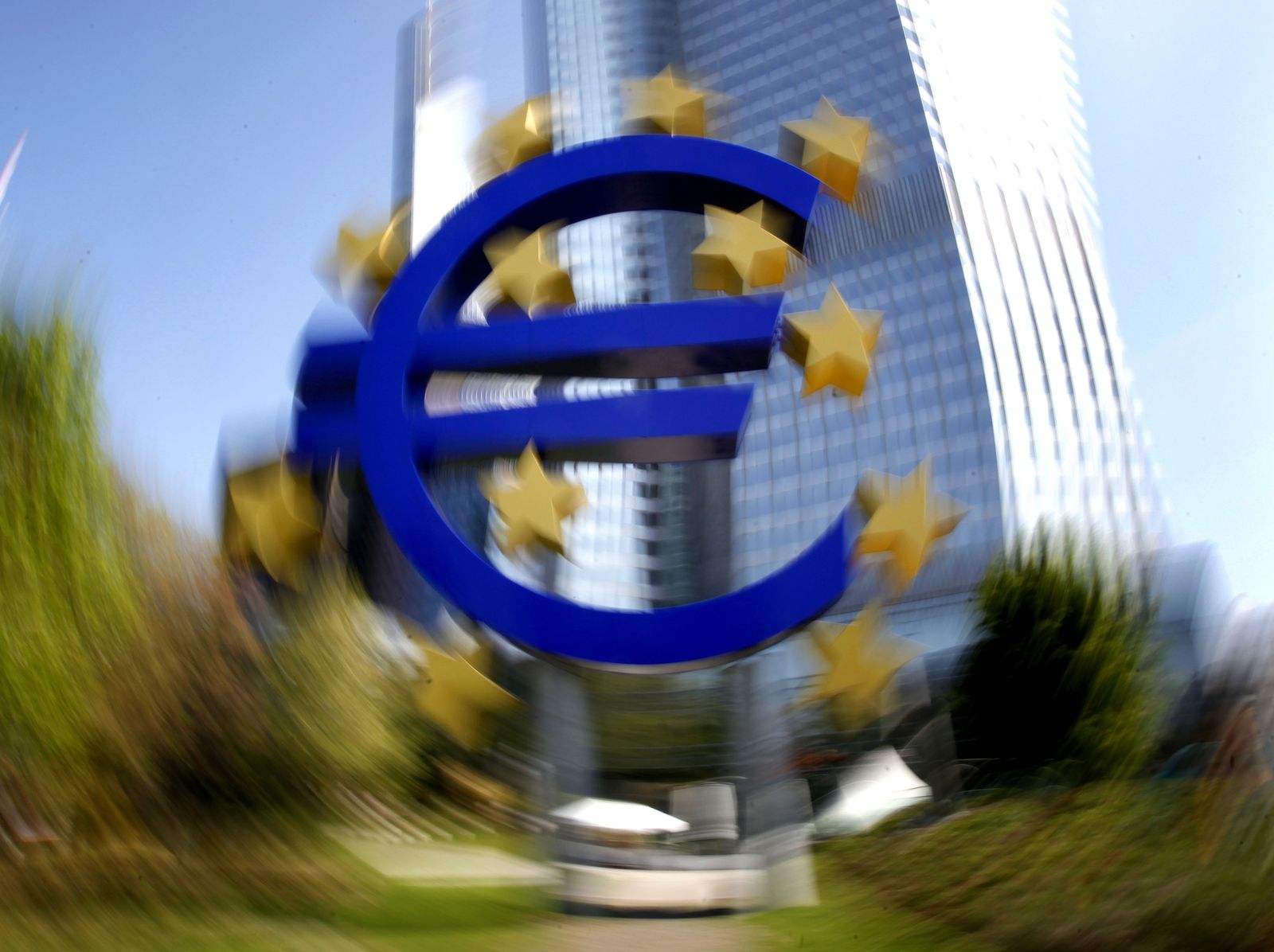 Still looking shaky: the euro sculpture in front of the European Central Bank in Frankfurt.