The man in the dock is old and pale and gray. Heinrich Boere, 88, is in a wheelchair. His short hair contrasts with the casually unbuttoned collar of his blue shirt. He looks around curiously.

The former SS man, once an assassin carrying out Hitler's orders, is sitting behind bullet-proof glass, flanked by two defense attorneys. A doctor and a nurse are sitting behind him. The courtroom is packed with 60 journalists from Germany, the Netherlands and Britain and an equal number of spectators, not to mention two state prosecutors, two attorneys for co-plaintiffs, the son of one of the men Boere shot dead, an interpreter, a court stenographer, and several police officers and guards.

All because of him.

Heinrich Boere, born in 1921 in Eschweiler near the western German city of Aachen and still resident there in a retirement home, is accused of having murdered three innocent and defenseless civilians in 1944 when he was a member of the "Germanic SS in the Netherlands."

According to the charges, Boere, 22 at the time, shot dead pharmacist Fritz Bicknese in Brese on July 14, and bicycle shop owner Teunis de Groot in Voorschoten and Frans-Willem Kusters in Wassenaar on Sept. 3.

Boere, the son of a Dutch father and German mother, was "a fanatic," he told SPIEGEL ONLINE in August 2007. He reported to the Waffen-SS, the elite military arm of the SS, in late 1940 when he was 18, and he fought on the Eastern front for two years. In 1942 he returned to the German-occupied Netherlands where he was assigned to the 15-man SS special command "Feldmeijer."

This unit had the direct order from Hitler to break any signs of resistance in the country through arbitrary shootings of civilians regarded as anti-German.

Whenever there were attacks on German troops or people who collaborated with them, senior SS and police commander Hanss Albin Rauter dispatched his killing squad by issuing the codeword "Silbertanne," which means "Silver Fir." At least 54 Dutch citizens are believed to have been murdered by these SS hitmen.

"We didn't know the men. The Security Service of the SS gave us the names and we got going," Boere told SPIEGEL ONLINE in 2007. "They told us they were partisans, terrorists. We thought we were doing the right thing." So he pulled the trigger.

What makes this different from other war crimes trials is that Boere never denied the three executions. He admitted to them in several interrogations as early as 1946. The former SS trooper was also convicted of the murders, in October 1949, by a special court in Amsterdam. But by that time Boere was back in Eschweiler, a few kilometers beyond the Dutch border, and German authorities didn't extradite him.

'It's Far Too Late for Justice'

That is why many observers watching this trial in the Aachen courtroom on Wednesday were asking themselves what the case was about.

"It's far too late for that," says even Wolfgang Heiermann, the lawyer representing the sons of the murdered pharmacist Bicknese who are co-plaintiffs in the case. Boere, who has health problems, will probably never have to serve a prison sentence.

Is it about truth then?

"We want a German court to finally rule that it was murder," says Detlef Hartmann, the lawyer for another co-plaintiff, the 77-year-old son of the bicycle dealer Teunis de Groot. His client had "greatly loved and respected" his father and had kept the bullets with which he was killed in 1944. He wants a clear statement. The trial should make clear "all the things Boere did in the war," says Hartmann. That should include his time on the Eastern Front, he adds.

That may be expecting too much.

For decades the German justice system refrained from prosecuting the assassin Boere. The responsible central office for Nazi crimes based in Dortmund closed an investigation into him in the early 1980s on the grounds that his actions were justified under international law as repressive measures by an occupying force. Not until 2007 did the Nazi hunters dust off their files on Boere and re-open the case.

And now, on this Wednesday, it doesn't look as if the trial will live up to the high hopes of the co-plaintiffs. It started at a snail's pace and judge Gerd Nohl adjourned the trial after just one-and-a-half hours and three interruptions. He even cancelled the next trial date. Not even the charges were read out.

Boere's defense attorneys can be satisfied. Their strategy to start out by asking for prosecutor Ulrich Maass to be recused seems to have been successful for now.

Defense attorney Gordon Christiansen argued that the prosecutor had given the impression that he disregarded Boere's fundamental right to a fair trial. Boere, he said, had made clear in many media interviews that he wanted a conviction at any cost. The prosecution has until Monday to respond.

"I'm angry at the tricks of the defense," said Teun de Groot, one of the co-plaintiffs. He said he had wanted to make a statement to Boere, but that his lawyer will now read it out on the next trial day. He said he did not intend to return to the court.

And what about the man this is all about?

Heinrich Boere sat motionless as the trial was adjourned. A nurse put a black leather jacket on his shoulders and he was pushed out of the courtroom. He said hardly anything on this first day. Asked to state his citizenship, he curtly replied: "Stateless." Then, after a brief pause, he said: "German." But no one seemed to have heard it. 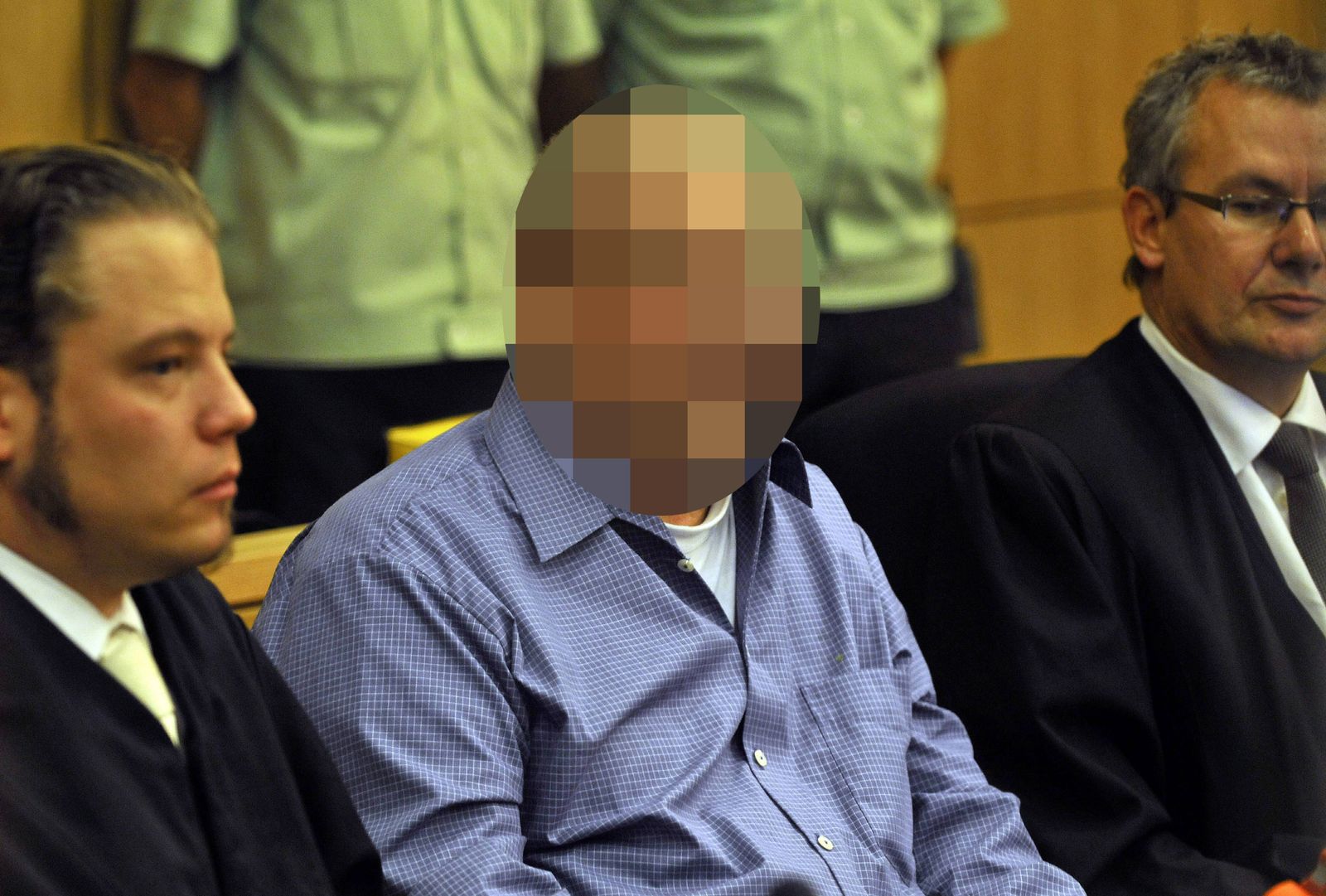