The fact that the word "chaos" comes from Greek has been the subject of much comment in the last few months. But although European leaders have reacted with relief to New Democracy's victory in Sunday's Greek parliamentary election, few people serious believe that the result will really mean an end to the political and economic chaos that has plagued the country.

On the contrary, the dimensions of the Greek chaos will only become clear over the course of the next few days, once the negotiations over a government are finished and a new coalition is formed. Or rather, if a new coalition is formed -- and that's a big if. Even before the election, it was clear that no single party would win enough seats to be able to govern by itself.

Although New Democracy, led by Antonis Samaras, is once again the strongest force in parliament and has expanded its lead over the left-wing alliance Syriza in comparison to the May 6 results, nothing has really been consolidated. Question marks remain over Greece's membership of the euro zone, the country's reform path and the future of the deeply unsettled Greek society -- even if that realization is a bitter pill to swallow for those who prominently supported Samaras during the election campaign, such as International Monetary Fund head Christine Lagarde or German Finance Minister Wolfgang Schäuble.

Samaras' win may still prove to be a Pyrrhic victory for the Europeans, who like to see New Democracy as a progressive, pro-European force and talk up Samaras out of sheer desperation with the Greek political establishment. But those Europeans should be aware that Samaras can also be described differently, namely as power-hungry, nationalistic and as a flip-flopper.

His party's reform efforts in recent years have been limited, to put it mildly. The great achievement of Samaras' mentor Kostas Karamanlis, who was prime minister from 2004 to 2009, was to push the Greek national debt up to dizzying heights. 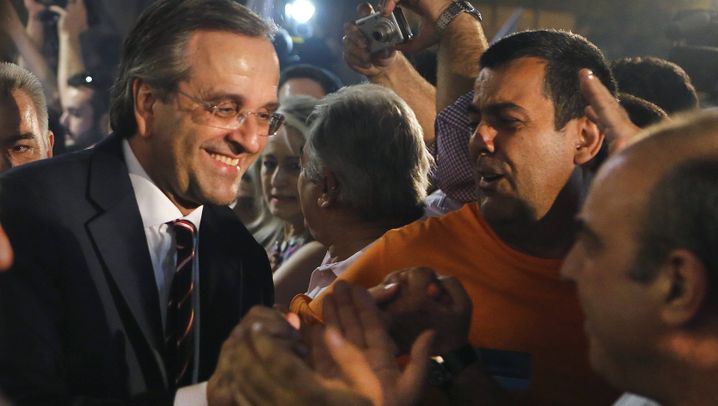 It seems that Antonis Samaras and New Democracy got a new lease on life for this election, thanks to support from those groups who stand to benefit from a New Democracy-led government -- and thanks to the threats from the rest of Europe.

But it will not be possible for Greece to sort out its finances. And, contrary to a widely held view in Brussels and Berlin, outsiders can't do it either. Not, at least, without the support of the Greek population.

As Sunday's election result shows, however, that population is deeply divided and uncertain. While New Democracy got around 30 percent of the vote, Alexis Tsipras' left-wing Syriza got 27 percent -- an increase of more than 10 percent since the May 6 election. That represents massive support for an alliance that won just 4.6 percent of the vote in the last "normal" election in October 2009.

Evangelos Venizelos, leader of the center-left Socialists (PASOK) which came in third place on Sunday, is right to say that he wants to include Syriza in the government, even if the chances of that happening are extremely low. A New Democracy-PASOK coalition might be popular with Greece's creditors at the EU and IMF, but a majority of Greeks will likely want to show them the door as quickly as possible.

The Socialists benefited from the duel between New Democracy and Syriza; the party's support, at least, did not fall even lower than it has been. The far-right Golden Dawn party also benefited, managing to repeat its success of May 6 and get almost 7 percent of the vote -- despite the fact that its party spokesman attacked a female communist politician during a televized talk show and the party's thugs have been openly hunting down immigrants. Golden Dawn's result is another sign that Greek society is anything but healthy.

The risk for Greece becoming a failed state has perhaps been avoided in the short term by Greek voters; the election has bought them some more time. The result will perhaps also create a slightly more conciliatory attitude on the part of other Europeans.

But to permanently eliminate the risk of becoming a failed state, all Greeks -- both politicians and citizens -- must work together to finally make the state function properly. Performance should be rewarded. Reforms should not only be announced, but also be implemented -- and, more importantly, be accepted by the people.

If the relationship between voters and government finally begins to function and individuals stop pursuing their own interests at the cost of others, then there might still be a little bit of hope for the country. 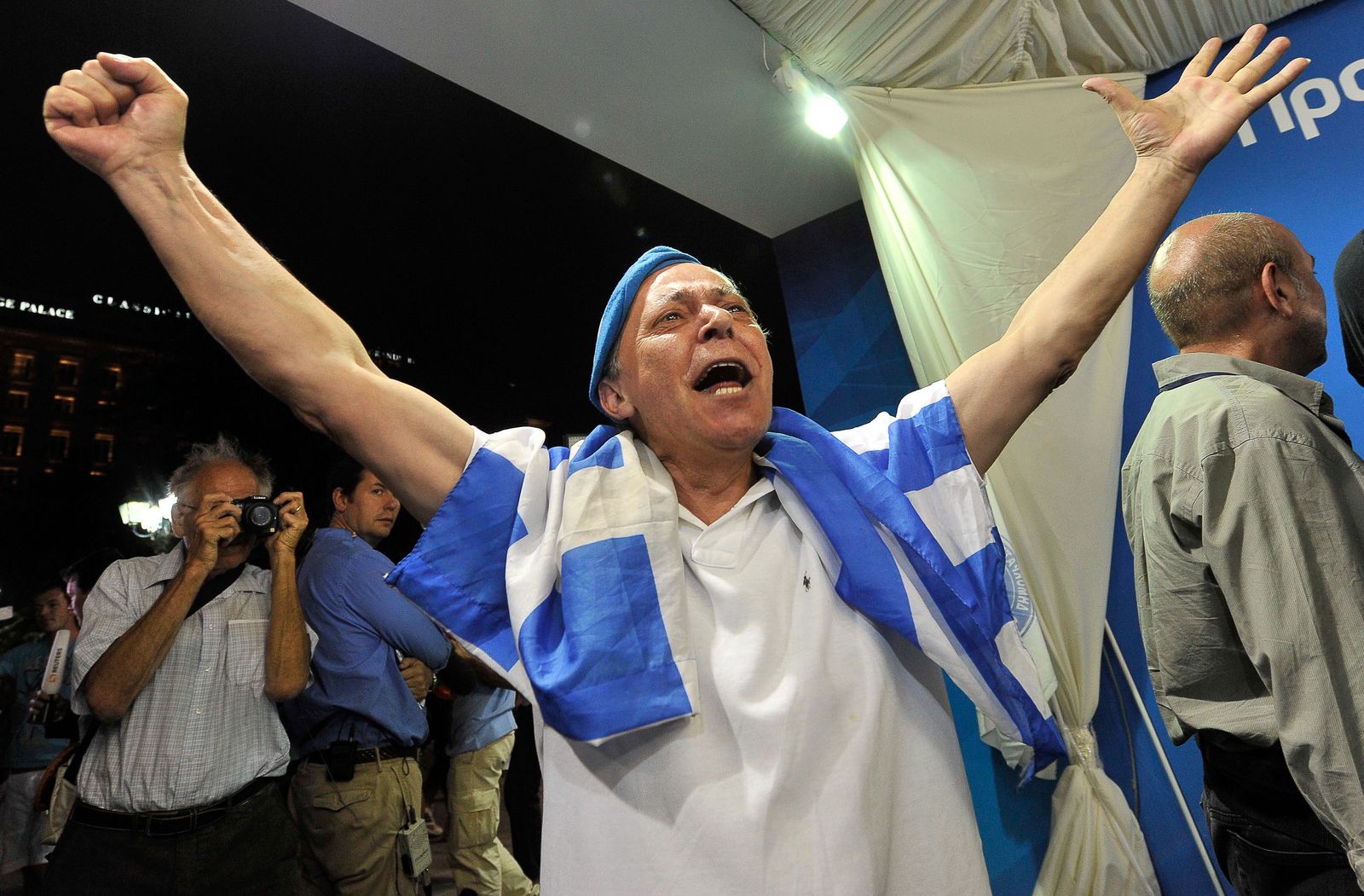 A New Democracy supporter celebrates on Sunday evening in Athens.