Remember the Social Democratic Party's (SPD) campaign poster from the European elections in 2014? "A German will only become president of the European Commission if you elect Martin Schulz and the SPD," it read. At the time, Schulz was the party's leading candidate throughout Europe. The message, though, was addressed squarely at German voters.

Nearly five years later, a German will indeed be heading the European Commission -- but without the SPD's help. Germany's center-left Social Democrats in the European Parliament refused to vote for Ursula von der Leyen, a center-right Christian Democrat who, until yesterday, was also the German defense minister. That is, if one can believe their proclamations. The vote in parliament, after all, was a secret ballot.

Fortunately, the vast majority of the European electorate is quite obviously convinced that no one country should reign supreme over any other. The quality of a Commission president isn't measured by that person's land of origin, but by what that person says and does. Case and point: Pro-European parties won more than two-thirds of the votes in the May election.

But of course, a candidate's nationality isn't entirely meaningless either. The fact that Germany gets to appoint the head of the Commission for the first time since Walter Hallstein in the 1950s and 1960s is truly good news.

Good News All Around

It's good news for Europe because Ursula von der Leyen is a genuine, dyed-in-the-wool European.

And it's good for Germany because as defense minister, von der Leyen was simply in the wrong office. Europe suits her much better. Her story could even inspire more people to identify with the EU.

It's an added bonus that von der Leyen will form one half of a Franco-German duo at the heart of the EU, with Christine Lagarde as the new head of the European Central Bank making up the other half.

Von der Leyen won Tuesday's election by a narrow margin of only nine votes. She may have drawn support from Hungarian parliamentarians loyal to that country's authoritarian leader, Viktor Orbán. Staunch pro-Europeans like the Greens or the aforementioned members of the SPD, however, denied her their votes.

Does that make von der Leyen a worse president? Or worse, a president in debt to Orbán? No. It would be intellectually lazy for those who didn't vote for von der Leyen to complain that she wasn't their choice.

What's important is what von der Leyen says -- and what she does.

She had already delivered a strong oratorical performance on Tuesday with her application speech. Indeed, she created a European moment, articulating her feelings and positioning herself squarely against the danger from the populist right. "It's the most precious thing we have," von der Leyen said. At the end, she exclaimed: "Es lebe Europa, vive l'Europe, long live Europe!"

It was good to hear such an emotional speech.

Because even if von der Leyen is only prosaically the boss of a European mega-administrative body, perhaps she will nevertheless succeed in filling this technocratic office with political temperament.

Ursula von der Leyen will have to let her actions speak louder than her words. She will have to work internally to temper the divisions being stoked by right-wing populists. And she'll have to work externally to strengthen Europe as a model of democracy in the world. The issues at the forefront include migration policy, social security, the unfair distribution of wealth and European sovereignty. To name a few.

Her speech on Tuesday prevented those on the far right of the European political spectrum from taking credit for her election, as Hungary's Orbán had tried to do following her nomination by the leaders of the EU member state. It was a defeat for the far-right. And also Germany's Social Democrats.

A Sigh of Relief

The fact that the center-leftists couldn't bring themselves to vote for their former Christian Democratic colleague, from a government which they run together, was nothing short of political pettiness.

Were they so attached to the leading candidate model that they voted against von der Leyen out of principle? If so, why didn't they fight for the conservative top European People's Party candidate, Manfred Weber, who had represented the victorious party family? Even Frans Timmermans the Dutch leading candidate for the social democrats in the European Parliament, signaled his support for von der Leyen while his SPD comrades were still voicing their opposition.

In truth, the SPD had maneuvered itself into a strategic impasse from which it was unable to get out of in time. The Social Democrats were very lucky that von der Leyen's election didn't fail because of them. It was close enough as it was. There were more than a few people in the SPD who breathed a sigh of relief when the results of the election were announced.

Unfortunately, those people aren't members of the European Parliament. 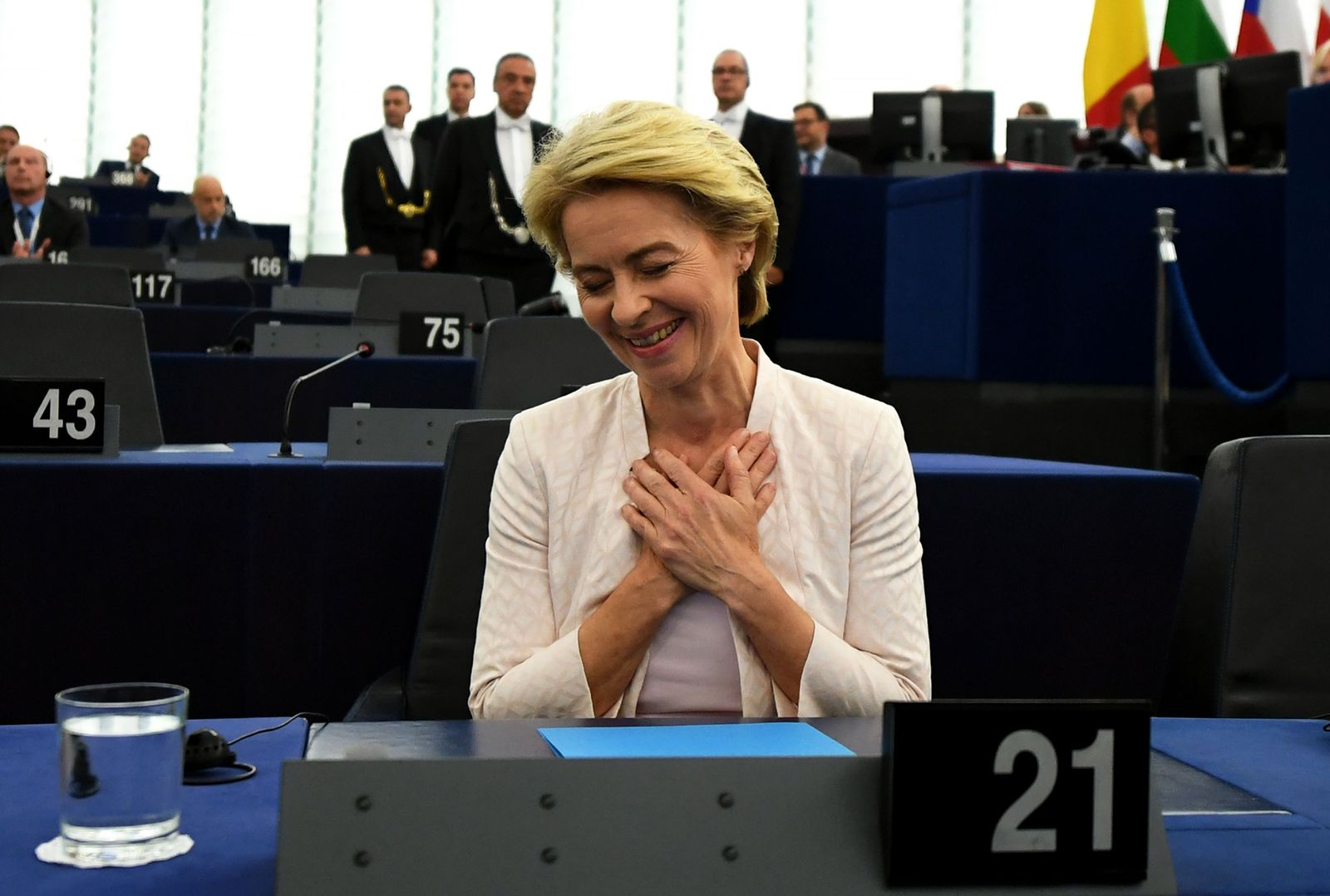 Ursula von der Leyen reacts after a vote at the European Parliament in Strasbourg, where she was elected the new president of European Commission.