The relief among the 27 leaders of the European Union following the decision about the bloc's two new top jobs was visible. Right up until just before the special summit on Thursday evening, it had looked as if it would be a long night, given how far apart the member states' respective positions were. The appointment of the EU's first full-time president of the European Council and its first foreign minister appeared to be subjecting the bloc to yet another stress test.

But then things took a surprise turn. In the end, the decisions happened very quickly.

During the preparatory meeting of center-left EU leaders in the afternoon, it was decided that Britain's Catherine Ashton should be foreign minister. And the decision to appoint Belgium's Herman Van Rompuy as EU president was already made during the leaders' "working dinner" on Thursday evening. The decision was even unanimous, no less. Afterward, the leaders patted each other on the shoulder and praised one another for their ability to take action.

But in reality Europe's leaders have no reason to feel proud of themselves. The appointments confirm all the prevalent prejudices about the EU. Both jobs are going to candidates who are unknown in Europe. Ashton is not even well known in Britain. She herself was taken completely by surprise by the decision. As late as Thursday morning, she had known nothing of her new job, she said later.

In addition, both candidates were merely acting as placeholders in their previous positions. The political career of the 62-year-old Herman Van Rompuy was already on the decline when, almost a year ago, he stepped in as interim prime minister to sort out the political chaos in Belgium. And the only reason that Ashton, 53, became the EU's trade commissioner in 2008 was because her predecessor Peter Mandelson was desperately needed in London to save the Labour government.

It's no wonder, then, that the news disappointed many observers. The two new posts were originally intended to raise the EU's international profile. Europe was supposed to gain new weight on the global stage and to exude unity and self-confidence. Instead, the bloc's leaders have now chosen two nobodies to represent the EU. The new top duo will first have to struggle to raise their own profiles.

The old thinking of national leaders is behind the choices. Traditionally the EU's top jobs have only been awarded to people who pose no risk of overshadowing national leaders. Brussels has always been seen as a convenient place to park politicians who are over the hill or otherwise undesirable. The latest decision shows that that is still the case. Van Rompuy and Ashton are by nature backbenchers, not alpha dogs -- and that is exactly the kind of politician who has always been shunted off to Europe. Nobody seems to care about the fact that neither of them has any significant foreign policy experience.

The argument that nothing else could have been expected does not make up for the squandered opportunity. Van Rompuy had emerged as a favorite in recent weeks. The EU's leaders had hinted that they wanted an unassuming president from a small country -- certainly not a charismatic leader. Van Rompuy's appointment was therefore unsurprising.

The preference for a colorless prime minister from a small country had been encouraged by the candidacy of former British Prime Minister Tony Blair. There are good reasons why Blair might not have been the best choice for EU president, but the question arises as to why there was no other political heavyweight in the race apart from him. Possible candidates from the EU's most important member states were not exactly falling over themselves to run for the post. Germany had even decided from the outset to not put forward any candidates for the two jobs. It was hoping to get the presidency of the European Central Bank, which will fall vacant in 2011, in return for disclaiming interest in the two EU top positions.

Ultimately, the two new leaders are a sign of just how little the EU is valued in Europe's capitals. The British government had two compelling candidates for the job of EU foreign minister, in the form of Foreign Secretary David Miliband and Business Secretary Peter Mandelson. But both of them considered national politics to be more important. The British general election is just months away, and after that power will be redistributed within the Labour Party. Hence Ashton was chosen. On the day of her election, the best that could be said of her was that she is a good listener. Naturally the fact that the new EU foreign minister is a woman has also been welcomed.

Chancellor Angela Merkel reacted by saying graciously that the two would "grow" into their new positions. Indeed, expectations are so low that Van Rompuy and Ashton can only be a positive surprise.

But for the moment, one thing is clear: The EU has managed to surpass itself yet again. The new foreign minister and president come from Western Europe, European Commission President Jose Manuel Barroso is from Southern Europe and the president of the European Parliament, Jerzy Buzek, is from Eastern Europe. And when the remaining commissioners are announced, the world will be able to marvel at this triumph of European diplomacy, finely balanced by geography, country size, political affiliation and gender.

One can defend that approach by arguing that that's just the way things are in Brussels. But anyone who makes that argument should not be surprised if there is little enthusiasm for the European project among the continent's population. 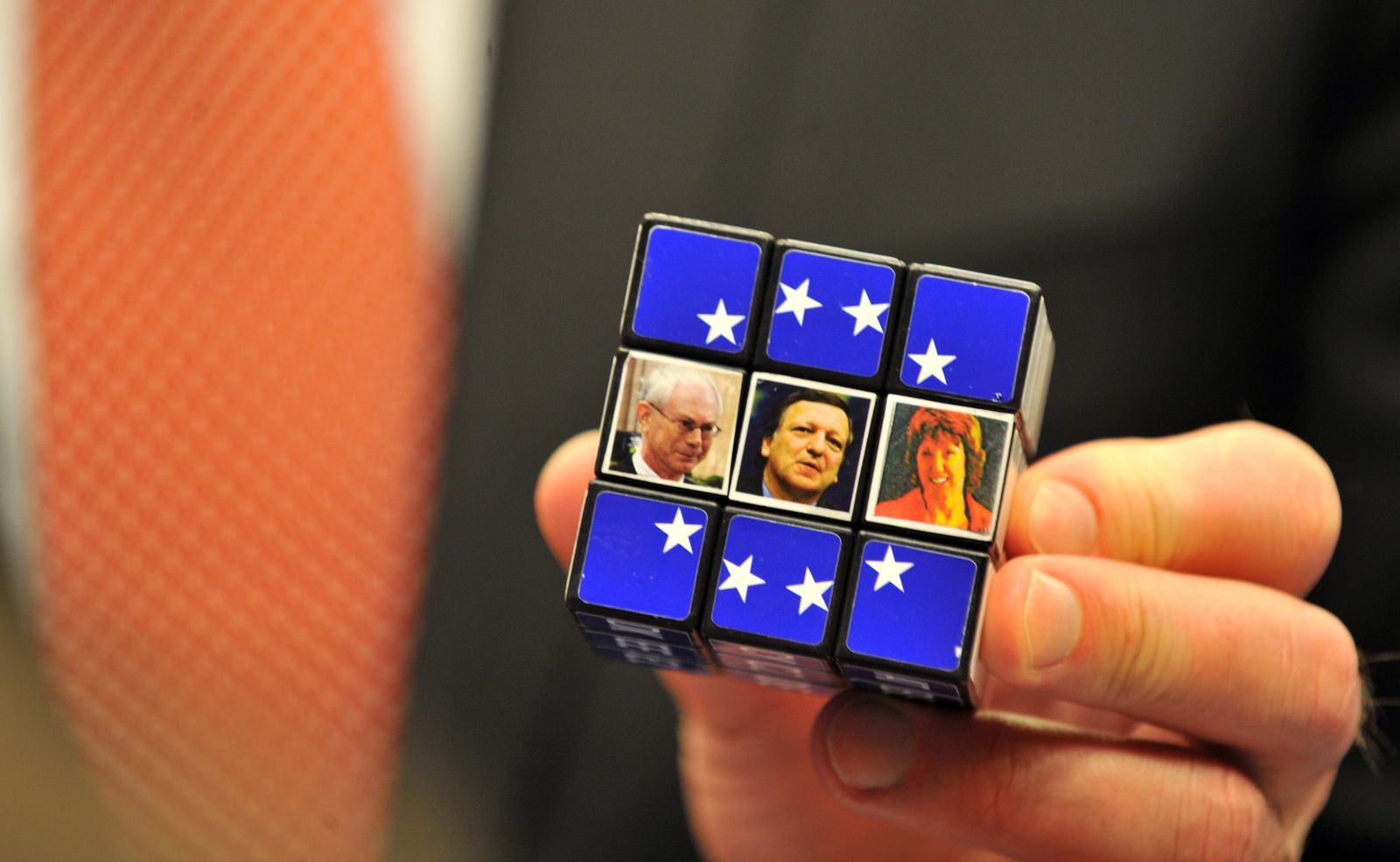