It takes a while before it is Jeroen Dijsselbloem's turn to speak. Outgoing Euro Group head Jean-Claude Juncker is clearly taking great pleasure in tormenting the waiting journalists. At a Monday evening press conference following a meeting of European finance ministers, Juncker first holds forth on the decisions reached by euro-zone finance ministers. He then turns over the floor to European Commissioner for Economic and Monetary Affairs Olli Rehn, who turns things over to Klaus Regling, head of the European Stability Mechanism (ESM), the euro-zone bailout fund.

All three offer their congratulations to Dijsselbloem, the Dutch finance minister, on having been chosen as Juncker's successor on Monday. But at first, he is left to merely laugh politely as Rehn stumbles over his unfamiliar name.

When it is finally the newcomer's turn at the microphone, he says: "Maybe it would be easier if I said a few words. You have never heard me speak at all." The 46-year-old member of the Dutch Labor Party (PvdA), analogous to the Social Democrats, then says that it is a great honor to succeed Juncker. He intones that 2013 will be a decisive year for the European common currency. He adds that something must be done to boost growth and combat unemployment. Periodically, he glances at the prepared statement before him.

The generational change on Monday evening was obvious to all with Juncker and Dijsselbloem, the old and the new, sitting side-by-side. The one, a self-confident veteran of the Brussels scene who witnessed the birth of the euro, a man who Regling praised as "one of the greatest and truest Europeans." The other, an unknown newcomer who only became finance minister in his home country three months ago. The difference between the two could hardly be greater.

"He is much younger than I am," joked Juncker. "We look different and we have different styles. But just as I am, he is a convinced European."

Still, the choice of Dijsselbloem to lead the Euro Group, the name given to gatherings of the 17 euro-zone finance ministers, was not uncontroversial. Indeed, he wasn't even elected unanimously by his 16 colleagues. French Finance Minister Pierre Moscovici managed to overcome his concerns, noting that Dijsselbloem was the only candidate and thus the best candidate. But Spanish Finance Minister Luis de Guindos chose not to vote for the Dutchman.

When asked about the lack of consensus, Dijsselbloem said that he is sorry that it was "not a completely unanimous decision," adding that de Guindos did not provide an explanation for his no vote. The Spanish minister did, however, say that he hoped they would work well together nonetheless, Dijsselbloem added.

The reason for the doubts can be found in the euro zone's north-south divide. The common currency area's Mediterranean members are unhappy that almost all key euro-zone posts are held by countries that enjoy triple-A credit ratings from the ratings agencies. The European Stability Mechanism, Europe's €700 billion currency backstop, is headed up by Regling, a German. Thomas Wieser of Austria heads up the Euro Working Group. Monetary Affairs Commissioner Rehn is from Finland. And now, the Euro Group head is from the Netherlands.

The only exception is European Central Bank President Mario Draghi, who is from Italy. But that isn't enough to alter the widespread impression that it is the Triple-A countries, Germany first and foremost, that determine euro-zone policy. Nor should it be. Berlin, after all, insisted that Juncker's successor come from a country with the highest credit rating. Dijsselbloem, who has proven to be a reformer and budgetary hawk at home, fit well into the profile.

'Solidarity Is at the Top'

The challenges facing him, however, are large. Like Juncker before him, he will be faced with striking a delicate balance between the differing interests of euro-zone members. He took his first, diplomatic steps in that direction during the Monday evening press conference, warning against dividing the euro zone into those countries with the highest rating and those without. In answer to a question from an Italian journalist, he offered a reminder that he was a Social Democrat. "Solidarity is at the very top of my priority list," he said.

Even his announcement that he would do more to promote growth in Europe could be seen as a gesture to France, Italy and other countries struggling with a poor economy. But he was quick to add that he sees healthy state finances as a precondition for sustainable growth. It was the first of what promises to be many balancing acts between French President François Hollande's demands for growth and German Chancellor Angela Merkel's preference for budgetary discipline.

Still, it seems unlikely, given his lack of experience relative to Juncker, that he will play as big a role on the European stage as his predecessor. Juncker also had the additional advantage that, as Luxembourg's prime minister, he was always present at European Union summit meetings.

But Dijsselbloem does have one significant advantage going for him: He is reserved. In contrast to the loquacious Juncker, who would occasionally move markets with ill-timed utterances, the Dutch finance minister would appear to have a large degree of self discipline. It was a characteristic which served him well on Monday as he gracefully dodged questions about the bailout package for Cyprus and aid for banks in Ireland.

He also wouldn't comment on whether the euro exchange rate was too low or too high, Dijsselbloem added. It was a small barb aimed at his predecessor, and it hit its mark. Juncker, who had just made headlines with such comments, quickly protested. He had been misquoted, he said. 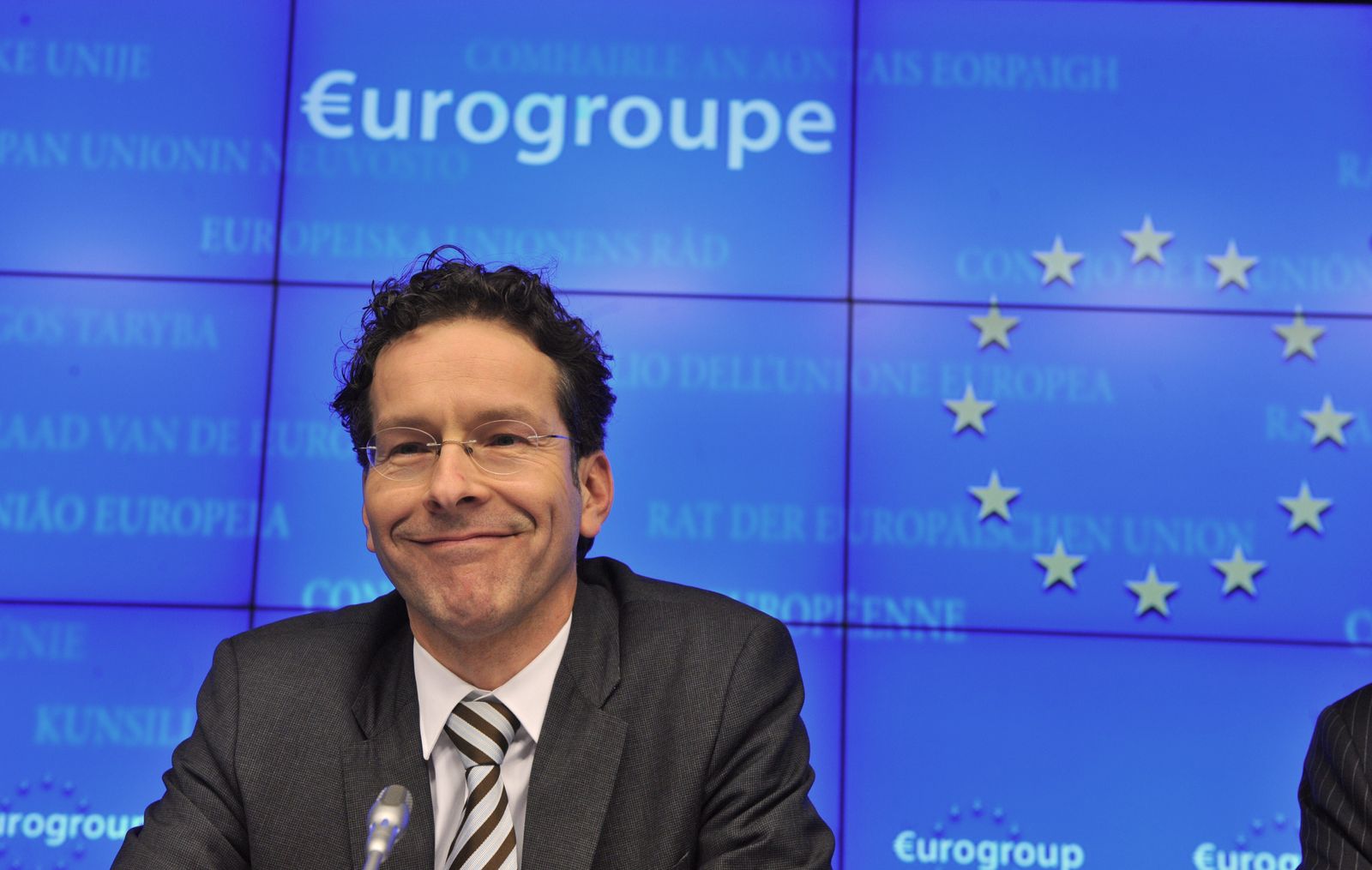 Dutch Finance Minister Jeroen Dijsselbloem was chosen on Monday to head up the Euro Group.