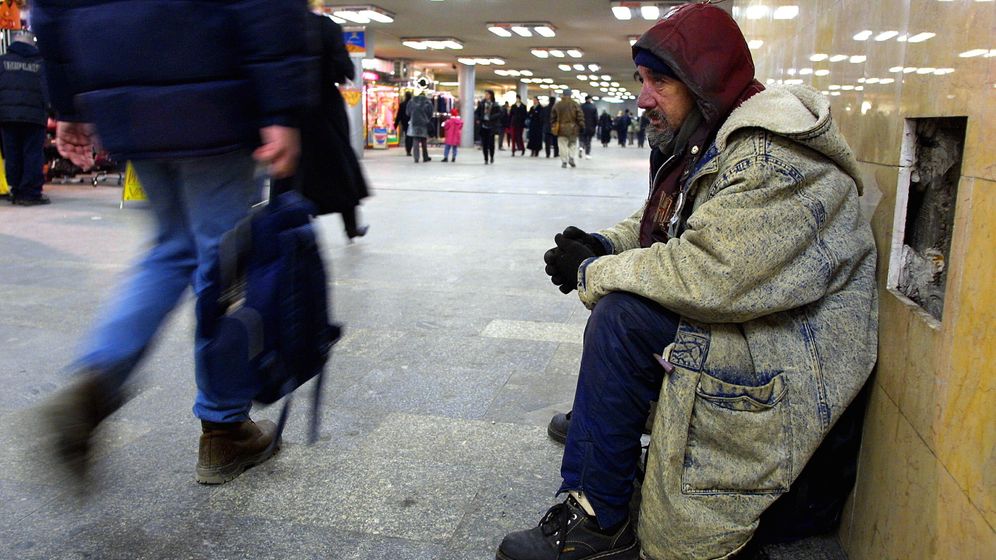 Has she ever resorted to begging? No, that would be undignified. "I have never done that," says Zsuzsanna Lakatos indignantly. The 58-year-old Hungarian woman has been homeless for two decades. She lives with her husband Bertalan on the outskirts of Budapest in a tiny dilapidated building they have fixed up, and the couple earns money doing odd jobs such as renovations, gardening and helping people move.

A large source of their income used to come from collecting discarded household items, which they would clean, repair and resell at markets. But now they've become more cautious, thanks to the trash law that has been in place since January in Hungary.

According to the regulations, large discarded items in public places are the property of those officially in charge of their removal. Those who are unauthorized to do so face fines and jail time -- a rule that targets the many homeless trash collectors in the country.

But now things have gotten even worse for Hungary's homeless. On Monday evening, the parliament in Budapest passed a law banning the homeless from sleeping outdoors around certain public places, though the law's criteria remains vague. The law applies to all of Hungary's World Heritage Sites, as well as any other homeless-free zones designated by local city authorities. Those who violate the ban face fines, community service and even jail time for repeat offenses.

The new law is actually an amendment to one passed last year that was subsequently struck down by the Constitutional Court. To avoid another rejection by the court, the national conservative government under Prime Minister Viktor Orbán passed an amendment to the Hungarian constitution earlier this year that makes it difficult to declare the law unconstitutional again.

A number of Hungarian human rights organizations are now protesting the new law, calling on the country's president, János Áder, not to sign it. "The criminalization of the homeless violates basic rights and is unacceptable," declared a joint statement by the Hungarian Civil Liberties Union (HCLU), the Hungarian Helsinki Committee and seven other civil groups.

"The new law basically makes homelessness a punishable offense," says Tessza Udvarhelyi ofThe City Is for All, an initiative that champions the rights of the homeless. "Many don't know what to do now. The government has promised that all homeless people will be accommodated in shelters, but there are no spaces available in the shelters."

According to estimates by aid organizations, between 10,000 and 15,000 homeless people live in the capital of Budapest, a city of some 2 million. But there is lodging in shelters for only about 6,000.

Gábor Iványi, a prominent Methodist pastor who has been ministering to the homeless for some two decades, says his soup kitchen and homeless shelter at a church in Budapest's 8th district are frequently overflowing. "The new law against the homeless is deeply un-Christian, as is the approach by officials," he says. "They are constantly sending patrols to the shelter and harassing people, even when they are simply waiting for food."

Government representatives reject such criticism. "It is sheer nonsense to call it the criminalization of the homeless," says Gergely Pröhle, a senior Foreign Ministry official. "We just don't want the homeless to live in certain public places that are heavily visited by tourists, and that is totally legitimate."

Distracting from Other Issues

Tessza Udvarhelyi disagrees. She says that the policies are part of a wider hostility toward the poor by Orbán's government. "They need scapegoats to distract from the poor social situation in the country, and therefore use the poorest of the poor, the homeless, Roma and refugees," she says. While past governments have also taken aim at the homeless, their approach was not as systematic, she adds.

"Before the Constitutional Court ruled last year that the law against homelessness was unconstitutional, it was valid for eight months," says Udvarhelyi, "and in these eight months the equivalent of €130,000 in fines were imposed against 2,000 homeless people in Budapest. With this, policy on homelessness took on quite a new quality."

The Lakatos moved from eastern Hungary to Budapest in 1992. Zsuzsanna Lakatos had worked as a bookkeeper at a steel combine in the city of Miskolc. Her husband had been a day laborer on a farm. In 1991 they both found themselves unemployed and then homeless. They now live on a private estate on the southwestern outskirts of Budapest. The owner of the land has allowed them to repair the ruins of an old building and live in it. This way they are not as vulnerable to the police, who have long been clearing the homeless out of huts and camps in many public wastelands, even on the outskirts of the Hungarian capital.

But despite the relative privilege of their living situation compared to other homeless people, the Lakatos are afraid. In recent years they've been increasingly subjected to police checks. Sometimes Bertalan, who is Roma, is insulted as a "dirty gypsy."

"I hope we don't face any fines or prison sentences," says Zsuzsanna. "When the new law comes into force, we will do our best to go underground." Isn't that exactly what the government wants? "Yes," she answers. 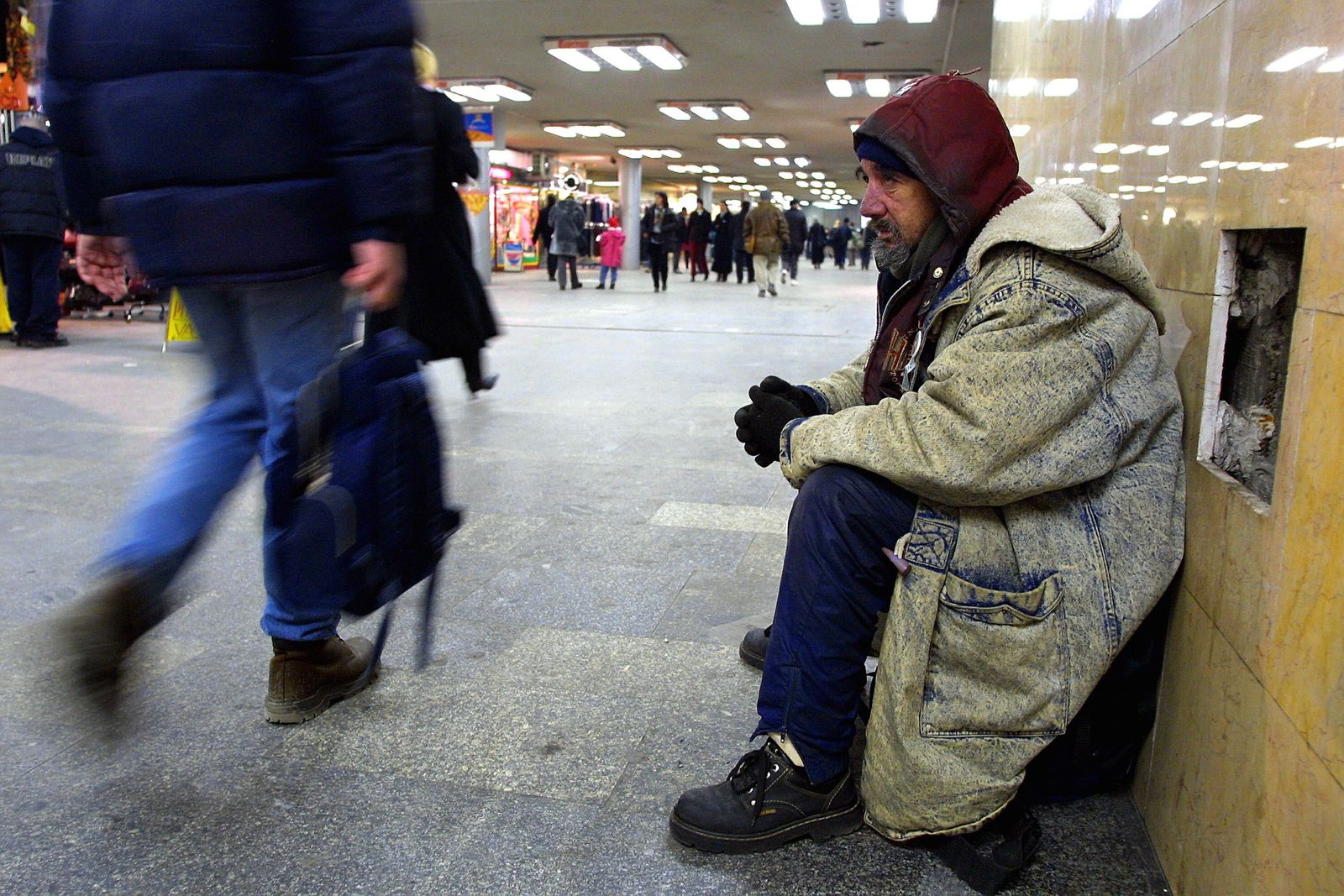 A homeless man in Budapest: Homeless Hungarians have been the repeated target of repressive new policies by the country's conservative government, with the latest blow coming in the form of a ban on sleeping in public spaces. Advocates say Budapest is using the homeless as scapegoats to distract from social problems. 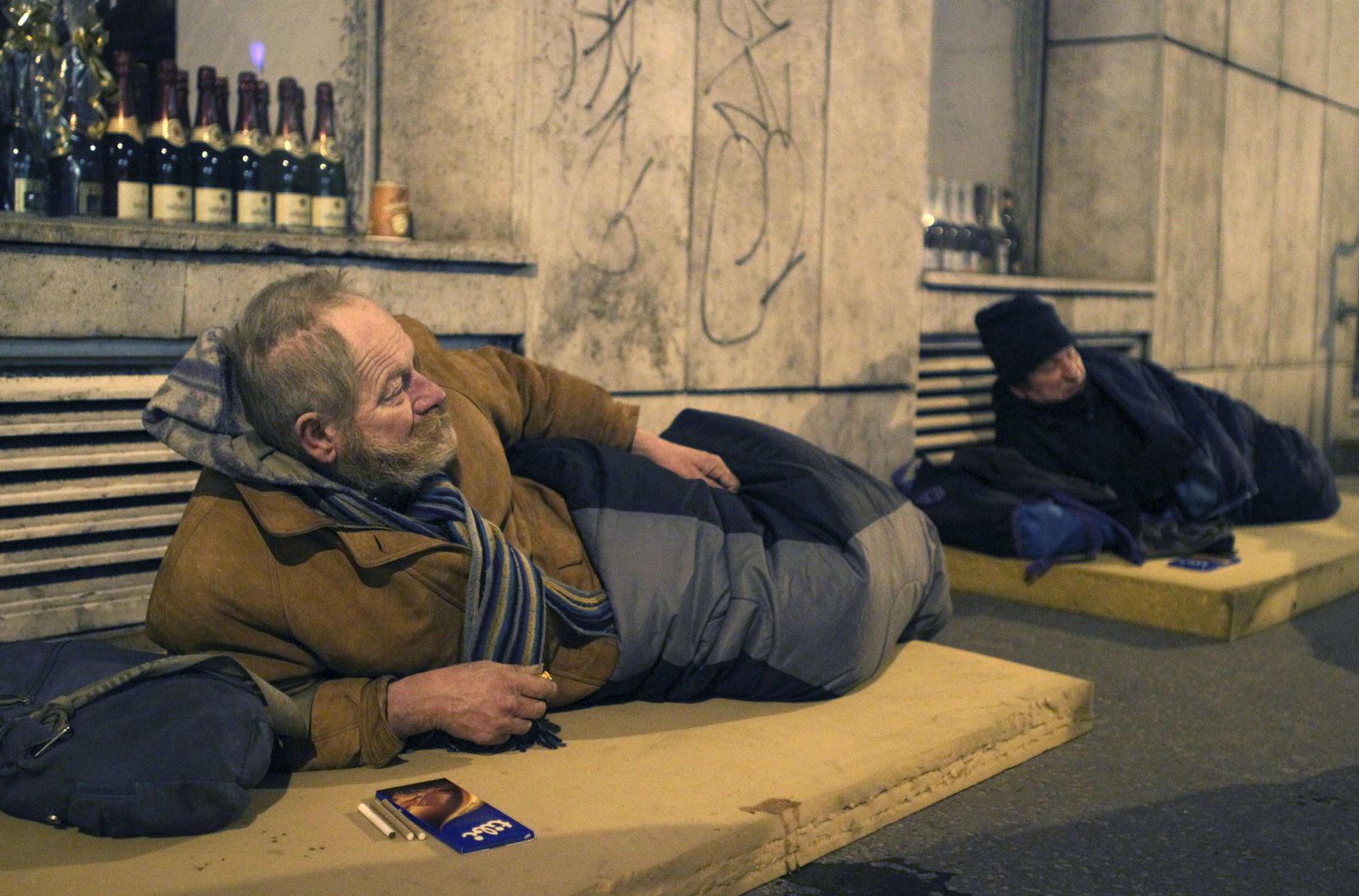 Another homeless man in Budapest: According to estimates by aid organizations, between 10,000 and 15,000 homeless people live in the capital of Budapest, a city of some 2 million. But there is lodging in shelters for only about 6,000.