A new report on the Dutch government's political support for the US invasion of Iraq in 2003 has found that cabinet ministers repeatedly cited justifications for the war which they should have known to be false. The study, however, found no evidence that Holland provided clandestine military support of the invasion, as has often been alleged.

The report, which took several months to compile, was created by a special committee of inquiry set up by Prime Minister Jan-Peter Balkenende. The committee was chaired by retired Dutch Supreme Court justice Willibrord Davids. The report, which features a lengthy English-language summary (English begins on page 519), was presented to Balkenende on Tuesday.

In 2003, a compromise forged by a caretaker government composed of the Christian Democrats and right wing parties saw the Dutch government supporting the American-led invasion of Iraq "politically but not militarily." The Netherlands did offer military support in the occupation of Iraq, stationing more than 1,000 troops in the southern Al-Muthanna province from 2003 to 2005. The Dutch also deployed Patriot missile launchers in eastern Turkey well before the war. The government labelled these weapons "defensive."

Since then, the call for a public inquiry into the Dutch support of the Iraq invasion has grown louder, with the matter having become a contested issue in 2006 parliamentary elections. Prime Minister Balkenende opposed an inquiry for years. But in February 2009 he pre-empted his critics by establishing an inquiry committee himself.

The Dutch government was less than honest in making its case for the Iraq war, the report notes. For one, the committee found the government justification for the invasion "to some extent disingenuous" -- particularly its insistence that the dismantling of weapons of mass destruction stockpiles was the main reason for the Anglo-American invasion, long after it had learned that regime change was the most important goal. Davids and his fellow committee members also noted that Dutch intelligence agencies mainly sourced their information from foreign colleagues, but presented a "more nuanced" picture to the Dutch government. Dutch ministers, however, failed to adequately communicate these nuances to parliament, the report found.

The report contested the defensive nature of the Patriot missile launchers stationed near the Iraq border, noting that their deployment without parliamentary consent was a violation of constitutional law.

According to the committee, the US benefitted from Dutch political support for the mission. Even though the Netherlands was keen to maintain a clear division between political and military support, "this distinction was not always made by the US," the report notes. In 2003, the Netherlands even ended up on a document released by the US government, listing the so-called "coalition of the willing" that supported the Iraq invasion. A miscommunication with the Dutch ambassador to the US was to blame, the report said.

The presence of a Dutch officer at a press conference held by the American General Tommy Franks in Qatar on March 22, 2003 was similarly explained away as a "misunderstanding."

Because the committee was instituted by Prime Minister Balkenende, it is regarded with suspicion by some. Davids said at a press conference on Thursday that his committee had not been established in order to "whitewash" the run-up to the invasion. "No undue influence or pressure was exerted," he said. 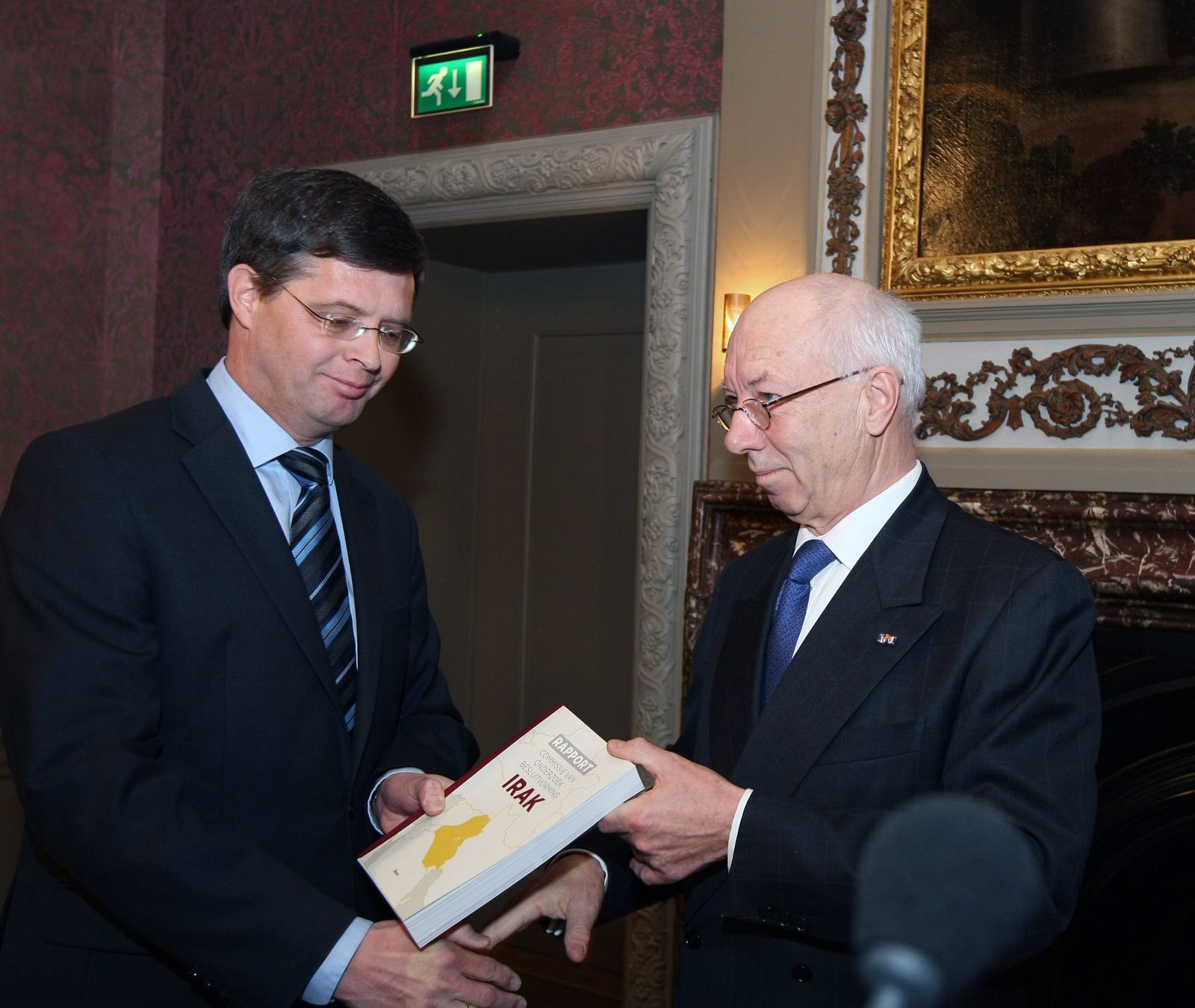