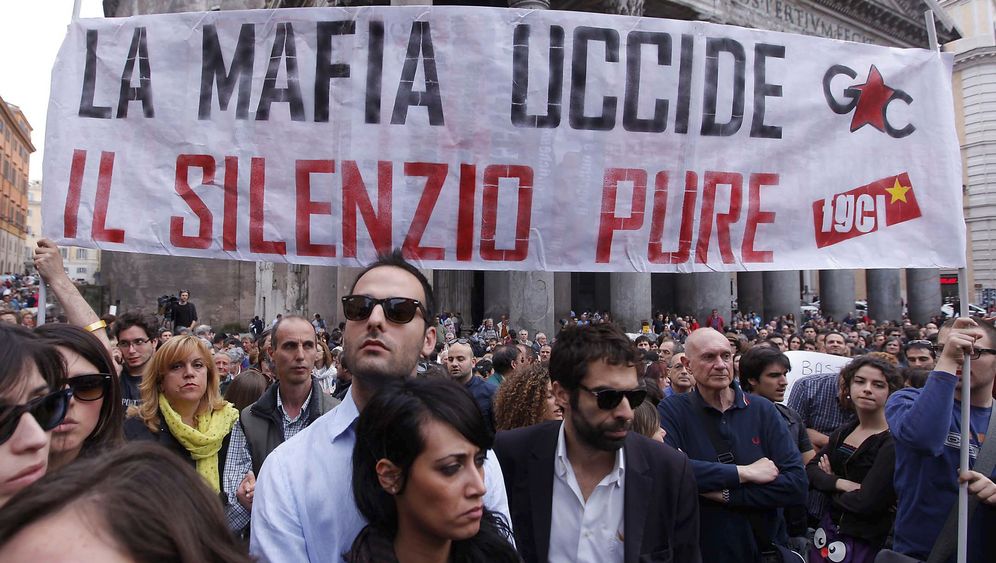 The mafia's power rests on unwavering loyalty and discretion or "omertà," which means silence as far as the grave. Brutal force and intimidation ensure that members of Mafia clans such as Calabria's 'Ndrangheta toe the line.

Now insiders who want to reveal information have a new way of doing so: MafiaLeaks is a new platform that allows whistleblowers to tip off the authorities or the media anonymously.

The site is aimed at mafia insiders as well as victims of crime and normal citizens who have seen or witnessed something suspicious. MafiaLeaks aims to serve as a bridge between government authorities or media outlets and informants who choose not to contact them directly because of safety concerns.

The founders of MafiaLeaks prefer to remain anonymous -- an understandable choice given that they would otherwise likely have to fear for their lives. SPIEGEL ONLINE was able to talk to them via an intermediary about the project and their motives. They claim that they are a group of "more than five, but less than 10" like-minded people and that, "some have families."

Bobby, whose name has been changed by the editors to protect his identity, says what was missing in the past was a safe way to report information about the mafia to the media or the authorities. The traditional means of doing so by phone, e-mail or mail were all too dangerous and informants risked being exposed.

MafiaLeaks relies on Tor, a system that routes data through a cascade of servers designed to mask a user's IP address, to protect the identity of potential informants. And MafiaLeaks' cryptic URL (http://pliqhphjyny4yglg.onion) is only accessible using the Tor browser.

Users can use the leaks portal to pass tips on to the site's creators, who have no information about the identity of the informants. They stress that they wouldn't want to have that information, either. MafiaLeaks then passes the information on to what they describe as "trustworthy individuals" in the police force, anti-mafia organizations and the media.

The idea is to provide as much protection as possible to informants. Of course, the very nature of the site is bound to attract fake informants, and it remains the reponsibility of the authorities and media to review information and determine whether the lead should be pursued or if it is a fake tip-off.

'Nobody Says or Does Anything'

A visit by one of the founders to his hometown after an absence of some years inspired him to launch the MafiaLeaks project. He was appalled to find the town transformed -- long established local firms had been shut and the entrance to the town's bar was pockmarked with shot holes. The town of 5,000 people had been "taken over" by a mafia family, which now ruthlessly enforced payment of "pizzo" or protection money.

"Everybody knew that the family was terrorizing the town, but nobody said or did anything," Bobby says. What made things even more troubling for him was that this wasn't happening in the south of the country, a stronghold of mafia activity, but up in the north. "The clans are extending their influence and we wanted to do something about it," he says.

Bobby is proud of the fact that the website received information within the first 24 hours of going live. He said he also hopes information and tips will be submitted from outside Italy.

Mafia organizations such as 'Ndrangheta have long operated internationally -- also in Germany. Six people died in a shooting in front of an Italian restaurant in Duisburg in August 2007, the product of a turf war between two "families" from Calabria in southern Italy. More often, though, they operate quietly. Bobby claims the mafia is buying up entire tracts of real estate north of the Alps, sometimes even entire neighborhoods.

People from many walks of life could help to shed light on such deals, including lawyers, notaries, bank employees and civil servants. Naturally, "their information would be most welcome in Italy" and "MafiaLeaks" would provide "a safe way for them to submit their information at no risk to themselves" says Bobby.