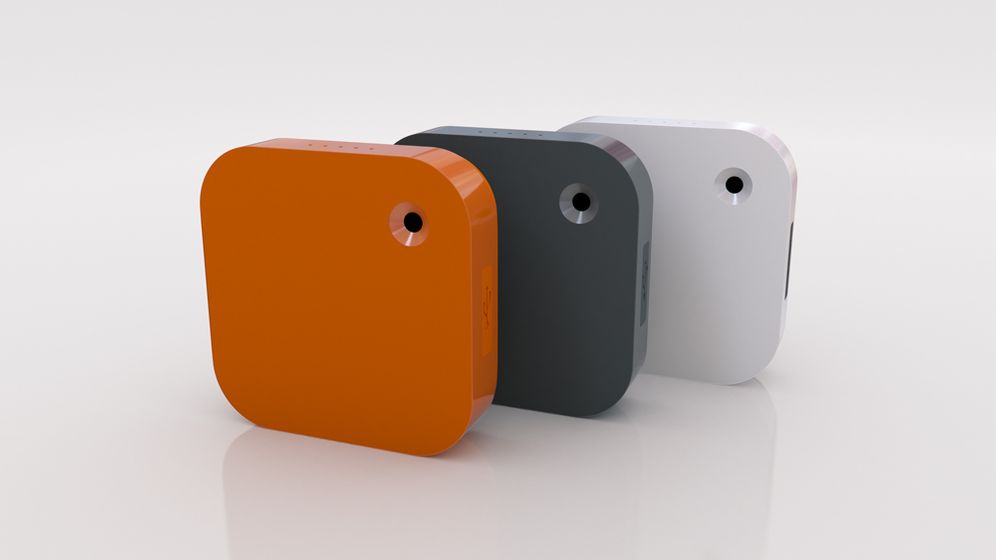 When they don't happen to be gazing at their computer screens or their iPhones, employees of the Swedish company Memoto can see the Stortorget, the famous square in the old section of Stockholm, from their office windows. The building that houses the Swedish Academy is on Stortorget square, where officials deliberate each year on who should be awarded the Nobel Prize in literature, established by Alfred Nobel, the inventor of dynamite.

The location has symbolic significance. Memoto also handles something that is explosive, figuratively at least, and Memoto also wants to explore how stories are told today. The startup company, launched in 2012, has 17 full-time employees from Sweden, Singapore and the United States. It is currently in the process of changing memory and how we see ourselves by focusing on how people remember things and what they remember, regardless of whether something as old-fashioned as privacy will even exist in the future. According to Memoto founder Martin Källström, who is not a writer but a software developer, the company's goal is to "find a way to re-experience our lives in the future while enjoying the present."

Källström, 37, invites us into the office kitchen for a product demonstration. Like his employees, he doesn't wear shoes in the office, just socks. His friend Oskar Kalmaru, 29, in charge of marketing, places a white cardboard box on the table. Its similarity to the packaging of Apple products is intentional. Källström opens the lid to reveal a prototype of the invention with which Memoto hopes to take the world by storm: It's a camera, but it doesn't look like one, even at a second glance. It's as tiny as a matchbox or an iPod nano.

The Memoto camera can be clipped to your clothing or worn on a chain around your neck. There is no shutter release, no display and no on-off button. The camera simply takes a picture automatically every 30 seconds, which comes to 120 pictures an hour or 2,880 a day. To stop the camera, you have to put it in your pocket. For each photo, the device stores the time and the GPS coordinates of where it was taken. The result is a giant photo diary, or "Lifelog," a term coined by the web community.

Naturally, the images don't remain in the camera. The Memoto app transfers them to the company's server or, more precisely, to a server Memoto rents from Amazon in the United States to store its customers' data.

The Memoto software sorts the photos, organizes them by subject and time, and highlights the best ones from a technical standpoint. The user can then use his or her own computer or smartphone to look at current pictures, search for old ones or post images to a social-networking site, such as Facebook.

These features make Memoto the ideal toy for people who have made online self-expression their mission in life. If the idea takes hold, there will be no events in the future that don't exist in image form. Forgetting will become a thing of the past, and we will no longer be able to sugarcoat our past experiences. Memory will no longer be subjective, but merely an image file on an Amazon server.

A man's daily commute to work will be documented, as will his first encounter with the woman of his life. The Memoto camera is always on, even in situations in which the use of mobile-phone cameras is forbidden. Indeed, chances are that Memoto will become a gigantic job-creation scheme in the world of privacy protection.

Do we want this? Who needs something like this? Källström talks about his childhood on a farm, where there was only a black-and-white TV set in the house. It was an idyllic environment, much like the setting of a novel by Astrid Lindgren. But then Källström's parents died, and many memories were lost.

He began keeping a diary, photographing scenes from everyday life. But soon he had to decide between experiencing life himself and merely documenting his existence. Källström chose to experience life. He started his first company, and he also became a father. He wants to enjoy his time with his children without having to worry about how to preserve their experiences. "Avoid falling into a trap of tracking more than you're living," Memoto warns on its blog.

Källström isn't the first to develop lifelogs. Eccentrics such as Canadian inventor Steve Mann and Microsoft executive Gordon Bell have been experimenting for years with devices to preserve their sensory impressions for eternity. Memoto, however, wants to turn the idea into a large-scale business: total recall for everyone.

Of course, conflicts are to be expected. Not everyone will be enthusiastic about the idea of being photographed constantly. Källström's business partner Kalmaru has already experienced this aversion firsthand. His son's kindergarten, for example, has prohibited the boy from bringing the device with him. The owner of a café in Seattle had similar concerns and has barred patrons from wearing the new Google Glass device in his establishment. Memoto appeals to its customers to "respect that other people might not wish to be photographed sometimes."

But what happens once one, two or a hundred photos have been taken? The programmers at Memoto were already far along with the development of the software when they noticed that there was no function to allow the user to delete photos. The mistake has since been corrected.

By contrast, Memoto plans to initially make its money with the sale of the cameras. Future customers can already reserve a camera today for $279 (€212). The company expects to start shipping the devices sometime this year, "if everything goes off without a hitch." The price includes a year of photo storage.

And after that? Källström doesn't want to keep his 30-percent stake in Memoto forever, especially since his investor, a London venture capital firm called Passion Capital, eventually wants to cash in. The model, which Källström doesn't mention by name, is called Instagram. The photo app company had 12 employees and was losing money when Facebook acquired it a year ago -- for $1 billion.

A few months after the takeover, Instagram temporarily changed its terms of service and granted itself the comprehensive rights to use and exploit its users' photos.