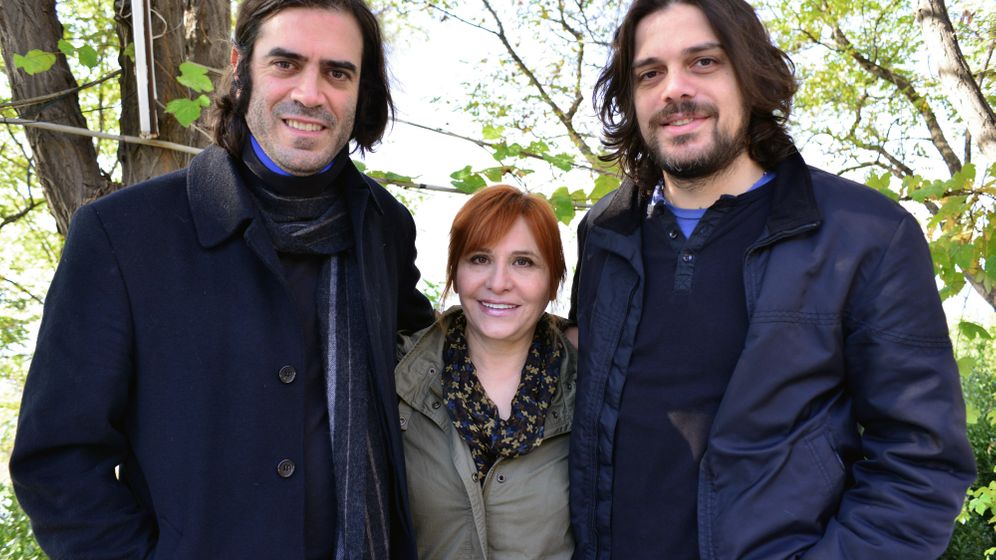 Gezi stands for democracy. For freedom. For having a political say and personal responsibility. For parks and trees. And for daring to say "no" to those in power. And for being able to believe in, hope for and love whatever you wish, exactly as you please. That's what makes it a bit of a miracle that suddenly all sorts of different people were uniting behind a common goal.

But Gezi has run out of steam. The protests that were sparked when Turkey's government announced plans to raze Gezi Park, one of the last green spaces in the center of the European part of Istanbul, and replace it with a shopping center, have now subsided. In June, thousands took to the streets, first in Istanbul, and then throughout the entire country. Now, the demonstrations are few and far between.

"That's exactly why we've decided that we have to take it a step further and found a party," says Cem Köksal. The 37-year-old with shoulder-length brown hair is greeted by young people on the streets here in the Kadiköy district of Istanbul. Köksal is a rock musician and guitarist who also writes and produces music. He and his comrades-in-arms want to challenge Turkish Prime Minister Recep Tayyip Erdogan. Their plan is to grow a political force from the seeds of a pro-democracy movement.

"Erdogan said to us demonstrators that we shouldn't protest on the street, but instead stand for election if we want to change something," says Teoman Kumbaracibasi, 42. "That's us!" Known as "Teo," he is also widely known as an actor on a TV series.

'Our Goal Is Not the Opposition, but the Government'

In October, Kumbaracibasi and Köksal founded the Gezi Party (GZP) with 26 others. The party is a colorful mix of young and old, left-wing and conservative, blue-collar worker and university student. What unites them is a shared dissatisfaction with Erdogan and his authoritarian government. On Saturday, the GZP will open itself to new members. "There are hundreds who want to join us even though they have no idea exactly what we want," says Kumbaracibasi. "Thousands," Köksal corrects him. Just a month after launching, he adds, the party has already attracted 31,000 fans on its Facebook page.

Indeed, Facebook is where all these people found each other. "A few months back, we didn't know each other at all. Now we are constantly working with each other, like each other, love each other," says Nursun Gürbüz, who works for an export company. Together, they want to achieve something big. This ambition is broadcast by their party logo: a man whose legs are taking root in the ground like tree trunks and whose arms are holding a green ball. The message here is: We embrace Gezi, we embrace the entire world. The group wants to field candidates for the 2015 parliamentary elections. "And our goal is not the opposition, but the government," Köksal says.

Of course, this might sound a bit quixotic and megalomaniacal. In fact, many people within the Gezi movement take a critical view of the new party. "Gezi was and continues to be a loose movement that one can't mold into the shape of a party," says Merve, a university student who spent days demonstrating in Gezi Park. Other critics believe that the party's leaders are too unknown to succeed. Bekir Agadir, who heads the Istanbul-based opinion research agency Konda, says that it's too early to speak of a "genuine alternative to the traditional parties."

Stymied by Election Laws Despite Support

That said, one can only guess how much dissatisfaction there is with the ruling Justice and Development Party (AKP). Erdogan has admittedly won the last three elections. But members of the Gezi Party believe that this has more to do with how bad the opposition is. "What's more, we have a 10 percent hurdle," Gürbüz says. "Smaller parties don't make it into parliament." At least half of the population doesn't back the government, Kumbaracibasi adds. "They're searching for a real alternative."

The party wants to help create a society that values human worth and, more than anything, to make the country's constitution more democratic. The party manifesto champions the establishment of a societal order that "takes as its foundation the rights of all individuals and a state based on the rule of law." The party base is also supposed to vote on everything online and be more powerful than the party leader. "I can be removed at any time," says Köksal, the party head. Should the party come into power, he adds, it wants to introduce a "digital mandate" in the parliament. Turkish voters should also have a voice -- not the only one, of course, but at least one that can be heard by all.

The party's founders believe their chances are good. They say that Erdogan is even losing support in the rural areas of Turkey, such as in Anatolia and his other political strongholds. "Why have Turkish media reported so little about the Gezi protests?" Kumbaracibasi asks. "So that the protests don't expand too much. There is also major dissatisfaction in Anatolia. Four million people are living in poverty despite the economic success that Turkey has supposedly experienced." If they knew more about the pro-democracy movement, he adds, they would join it.

Now the party's leaders plan to travel through the country and get the word out about their party. If the party enjoyed success in the municipal elections scheduled for March 2014, it could provide it with a powerful boost. But that's not going to happen, as the hurdles imposed by Turkish election laws are too high. According to the GZP, the laws require that a party be active in at least 41 municipalities at least six months before elections in order to field candidates.