The FDP's parliamentary group last week agreed on a position paper categorically rejecting any further bailout measures that would increase the financial burden on Germany, and ruling out changes to the €440 billion rescue fund for troubled economies.

FDP leader Guido Westerwelle had unsuccessfully urged members of parliament with his party to be less strict in the wording, well aware that the German government and the European Commission are engaged in a behind-the-scenes debate about reorganizing the rescue fund to make it more effective.

But Westerwelle's authority in the party has waned because of its dramatic fall in popularity over the last year. The FDP faces seven regional state elections this year and is worried that it might crash out of state assemblies by sliding below the five percent threshold needed for representation in parliaments in Germany.

FDP parliamentary group leader Birgit Homburger was the driving force behind the tougher FDP stance on the euro because she sees it as an opportunity to raise the party's profile in the regional election campaigns this year. It is part of a plan to restore the FDP's reputation as an advocate of the German taxpayer.

Germany's contributions to European bailouts such as that of Greece last year were unpopular with voters and the FDP thinks it can tap into that disenchantment without openly appearing euroskeptic.

It is a dangerous route that many in the party are unhappy about because the FDP has traditionally pursued a pro-European line. In the 1980s and 1990s, FDP foreign ministers Hans-Dietrich Genscher and Klaus Kinkel stood as guarantors of the European idea in the center-right coalition under CDU Chancellor Helmut Kohl.

Veteran FDP members are appalled at the new paper. Sources close to Genscher said he regards the change in policy as disastrous. He sees the core of his foreign policy creed in danger.

Genscher has so far refrained from open criticism but gave an interview last week indirectly urging the party leadership to change its mind. In a monetary union, Genscher, said, national economic policies must converge. "New thinking is required here," he said.

The FDP leadership is afraid that Genscher might openly turn against its new Europe policy because that would in effect confirm the accusation that the party was taking a populist stance.

An FDP member of the European Parliament, Jorgo Chatzimarkakis, said: "Now the FDP is about to betray its tradition as the party of Europe for the sake of a German currency populism."

The FDP's parliamentary group in the European Parliament is refusing to back the new party line and has drafted its own position paper calling for a different strategy that doesn't even rule out the issuance of common euro bonds, which the FDP's leadership is strictly opposed to.

FDP members of parliament in Germany aren't all happy with the new stance either. "It's a balancing act," said one member of the parliamentary group's leadership. "We must formulate our position in a way that isn't seen as being anti-European."

That's a justified warning, as Luxembourg Prime Minister Jean-Claude Juncker, the chairman of the euro group of finance ministers, confirmed in an interview with SPIEGELpublished on Monday. In it, he said: "I am appalled by how some German liberals are compromising their European political heritage."

The euroskeptics in the FDP feel that Merkel's CDU has ignored them too often in the euro crisis. The FDP only agreed to the euro rescue fund because Merkel had assured them in return that the European Stability Pact would be fundamentally reformed.

But she didn't keep her promise, and gave up her demand for the pact to adopt automatic penalties for deficit rule-breakers at her meeting with French President Nicolas Sarkozy in the French resort of Deauville last year.

The general secretary of the FDP, Christian Lindner, countered the criticism on Monday by issuing a statement stressing the FDP remained committed to Europe.

"We are a party with a European identity and support a European patriotism. We want a unified Europe," Lindner told reporters. But he added that nations must retain responsibility for their own finances.

"Stability needs subsidiarity. A stable Europe and a stable currency are only possible in a Europe that is organized in a subsidiary way. That includes preserving national responsibility for one's own competitiveness and for one's own government finances."

Lindner had last week emphasized the FDP's new position by saying the party would not allow Europe to turn into a "transfer union" and would not allow the "step-by-step expansion of the rescue fund." 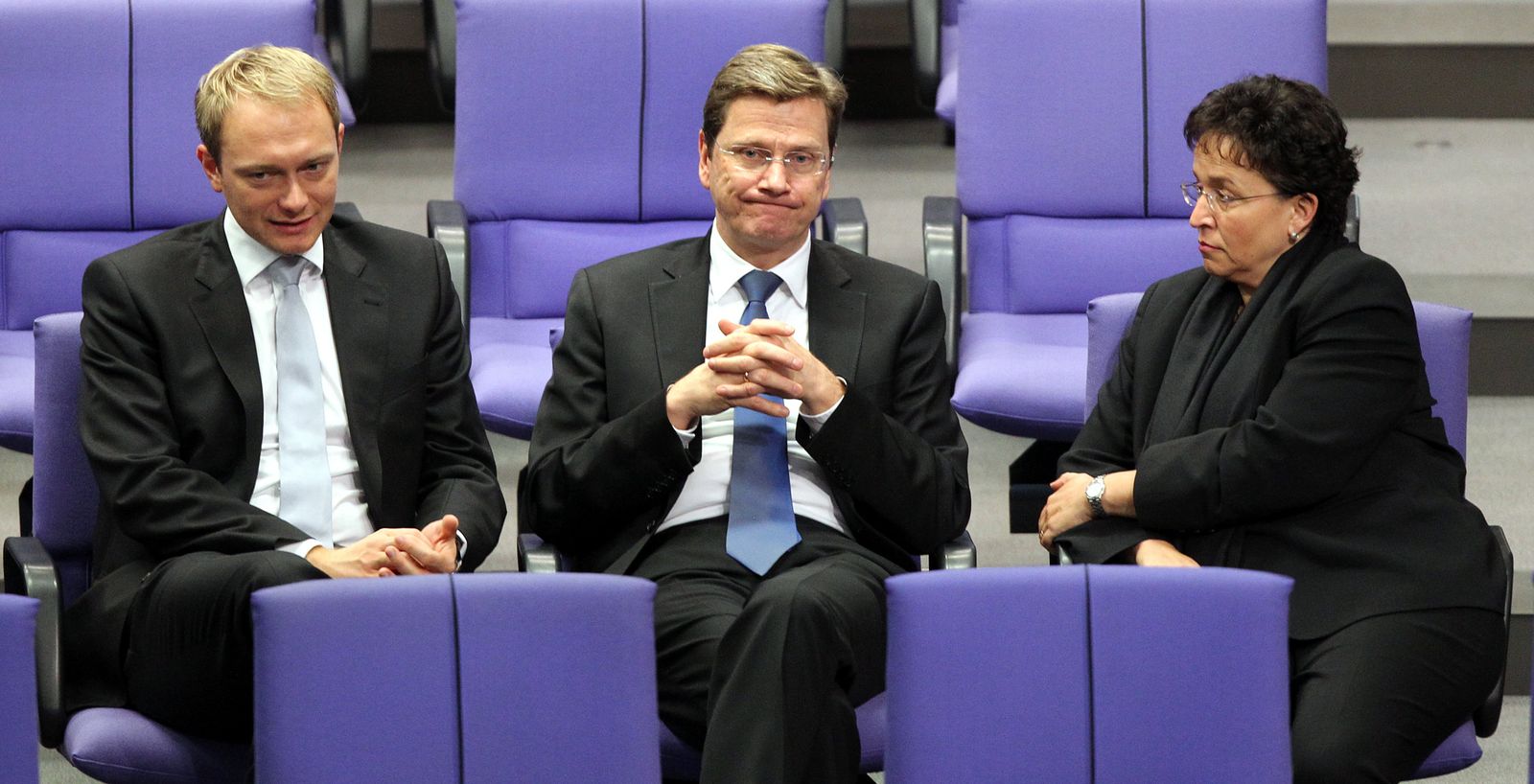